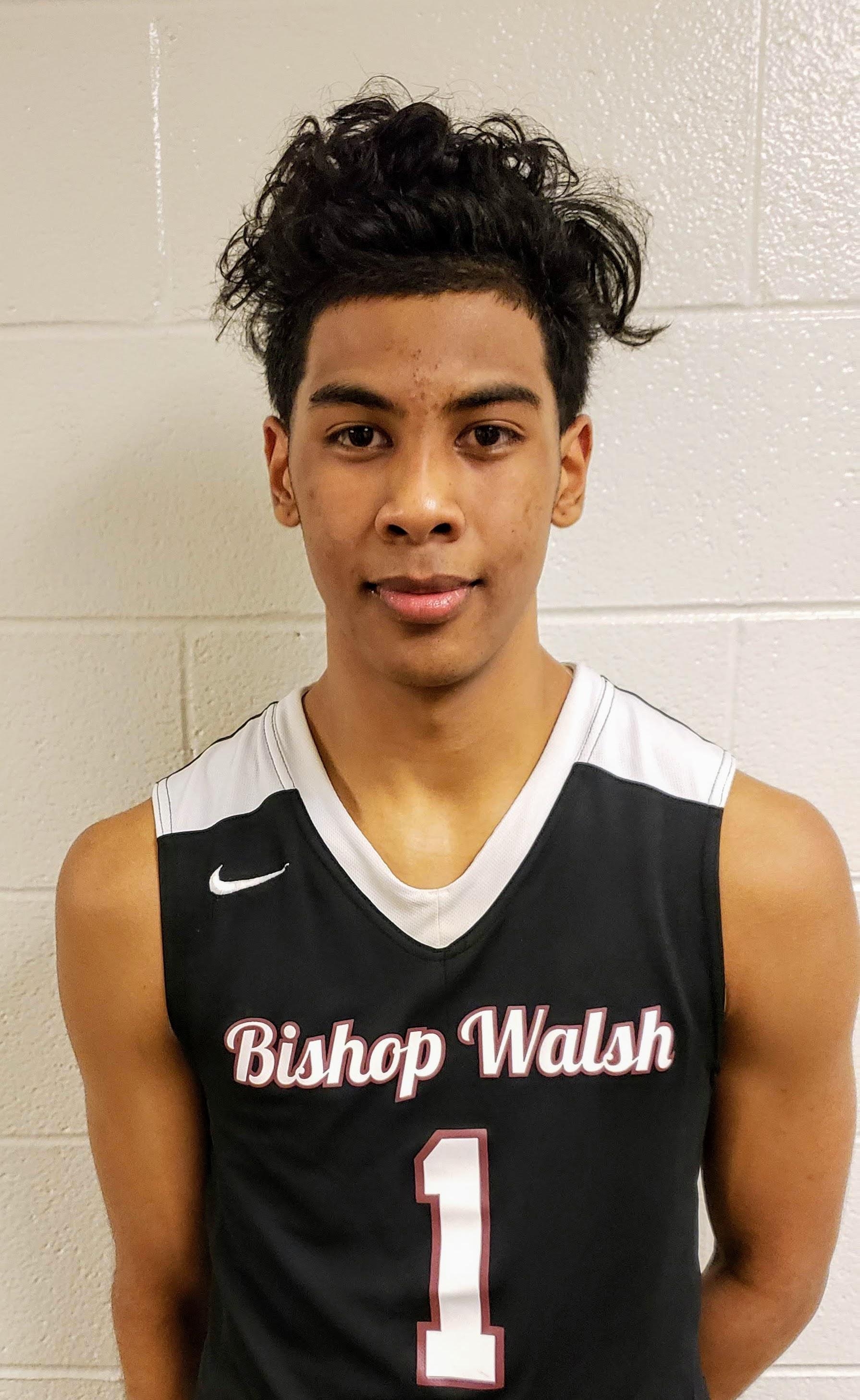 FROSTBURG, MD - The crowd grew louder and louder with every bucket in the second half, and as the clock finally wound down to zero, the excitement was palpable.

The streak was over.

Bishop Walsh snapped its Alhambra Catholic Invitational Tournament slide with a 78-71 win over Mount St. Joseph on Friday at Frostburg State University, picking up its first ACIT victory since 2011.

“It feels really good to get a win, especially just for this community,” 2019 guard Callum Baker said. “Its Bishop Walsh’s first win since 2011, so it means a lot for them and for us, ’cause we just lost to Gonzaga [Thursday] night and we just wanted to come back with a fresh mind and just know that it’s a new day and we’re going to try our hardest to get the win tonight.”

“Coach [Dan] Prete has a philosophy,” Gultekin said, “so we just keep believing that and we just trust the process and we just played like a team. We believed and it just happened and it was so nice.”

Bishop Walsh - located just 15 minutes from the ACIT site - hadn’t won since edging St. Benedict’s (NJ) 61-60 in 2011. The next step in the program’s development will be winning a first-round game, which they haven’t done since beating Loyola-Blakefield (Md.) in 1978.

“We’ve got one more game, but coming over here, the community really welcomed us and that was a big part for us and it made us feel at home,” Baker said. “Cumberland, it’s a great place and the people are amazing, and Coach Prete, he really pushes us every day and they want us to be the best that we can be. And we all live with each other, so we’re around each other all the time and I feel like that’s really helped us grow a lot this year.”

Mount St. Joseph 2019 guard James Bishop followed up his 39-point performance on Day 1 with 40 in a loss to Bishop Walsh.

DeMatha and Paul VI earned the top two seeds in the recent Washington Catholic Athletic Conference tournament, only to be knocked off in the semifinals by St. John’s and Gonzaga, respectively.

On Friday, each team exacted a measure of revenge in their rematches to advance to Saturday’s Alhambra Championship.

“It’s definitely revenge,” PVI 2021 guard Trevor Keels said. “After you lose to a team, you want payback, and luckily we go them down here. Usually you’ve got to wait through the whole summer and you’ve got to hear them talking, ‘We beat y’all at Alhambra,’ so we got them here and we took advantage of it.”

DeMatha swept the season series with Paul VI, and will look to pick up one more and check off their preseason goal of repeating as Alhambra champions.

“You always want to win your last game, so we’ve got an opportunity to do that,” Stags coach Mike Jones said. “As defending champions we knew we were coming back here, so obviously, it’s good being able to have the opportunity [Saturday] night. I’ve noticed the tone for all the teams this week has been really about the seniors and the last time with your team and things like that, and that’s the same thing we’ve been preaching for the last two weeks. This will be our last chance to play together as a unit - I’ll never get a chance to coach Justin Moore, Carsten [Kogelnik], Jahmir[Young] or any of those guys of those guys, and I just want to cherish that moment, and obviously we can do that best by winning.”

FORD GOES OFF FOR PVI

Paul VI 2021 forward Avery Ford said he didn’t have any pre-game indication that he was about to go off on the offensive end, but 31 points later, all he could do was smile about it.

“Nah, I didn’t think so,” he said after carrying the Panthers over Gonzaga. “I think at halftime I had, like, 15 - that’s what everyone was telling me - and I just kept shooting after.I just wanted to play my game with my teammates and my point guard Dug [McDaniel], Trevor [Keels], Will [Page], Josiah [Freeman] and Josh [Oduro].”

Ford isn’t always counted on for his scoring - a bevy of talented guards and the George Mason-bound Oduro have primarily handled that -  but he showed on Friday that he’s got the ability to step up.

“This year coach told me I could shoot more,” he said, “so I just started shooting at the beginning of the season and I just kept rolling with it. I think my strengths are my defense and rebounding, and passing sometimes.”

With the win, the Panthers move into a Saturday ACIT title matchup with DeMatha, giving them an opportunity to take home some hardware to close the season.

“It’s special because we didn’t get the opportunity in states or WCAC,” Ford said, “and we just want to finish the season out right for our seniors and get a ‘chip.”

DeMatha and Paul VI weren’t the only teams who got to avenge recent losses on Friday. In fact, no team had lost more recently - or in more brutal fashion - than St. Maria Goretti, which lost on a buzzer beating 3-pointer by St. Frances guard Ace Baldwin in the Baltimore Catholic League title game on Tuesday.

Given an opportunity to face St. Frances again, Goretti pouced, racing out to an early lead and never trailing en route to a 66-46 win.

“Today, we had to just come out with energy," 2019 wing RJ Blakney said, "because we knew both teams were going to be a little tired from the other games. But we figured if we had a little bit more energy and a little bit more motivation coming off a loss from [Thursday] and then the loss in the championship game,  we had to come out and really play hard and showcase what we can do.”

Blakney again showed what he could do, displaying his impressive athleticism on several big dunks on his way to a game-high 21 points. The uncommitted 6-foot-6, 192-pounder has been getting high major interest and currently holds several mid-major offers.

“I try to use my athleticism to my advantage in the open court,” he said. “It used to be always to the basket with me, and now I kind of, like, switch it up and change speeds and all that, because you can’t  just go one speed, as you see. You won’t last long in this game of basketball; you’ve got to change speeds, so I try and work on that and use my athleticism as well.”

The win was especially sweet for first-year Goretti coach Sidney McCray, who said his team hadn't beaten the Panthers in five previous tries.

With one game remaining on their 2018-19 schedule, McCray - who was promoted from assistant to head coach last summer - is looking for one more win to send his seniors off.

“Oh man, they mean everything to me," he said. "Most of these guys I recruited, so I’ve known them since they were in middle school and coached them on the freshman team, JV team and now as the varsity head coach. So I look at a lot of these guys - especially my guys like Rahsaan Edwards, RJ Blakney, James Searcy, Bubba [Somerville] and my four-year guys - like my little brothers, pretty much. So it’s a unique situation because they’ve known me as an assistant and now for me to be the head coach is just full circle.”