Eleanor Roosevelt product is one of the top PG's available. 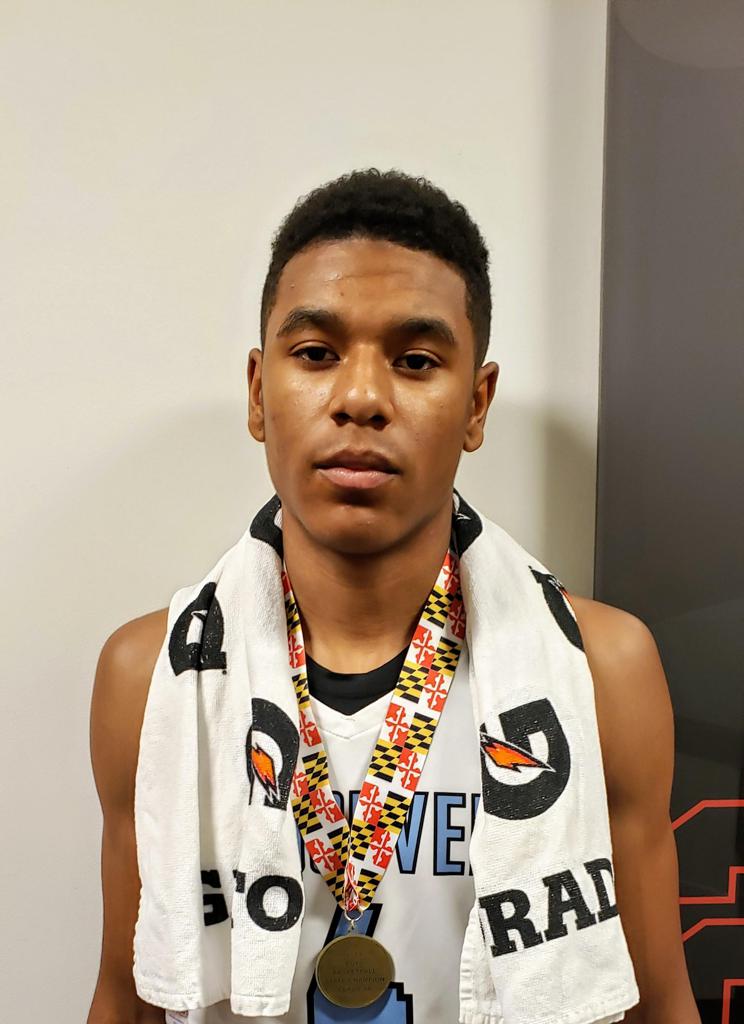 His name didn’t feature prominently in many of the recaps of Eleanor Roosevelt’s Maryland 4A state title win over Broadneck, but Kyle Rose’s fingerprints were all over the game.

The 2019 point guard did a little bit of everything for the Raiders on Saturday, finishing with 6  points, 10 assists and 6 steals to cap his lone season at Roosevelt with a state championship. Rose spent his first three years at Rock Creek Christian.

“I just wanted to bring everything I had to the table,” Rose said. “Me coming here from a private school to a public school, I wanted to win a state championship - I wanted to have that under my belt. But it was a great feeling playing with these guys.”

Rose admitted feeling “pretty overwhelmed in the beginning” of his first state championship outing, but as he settled in, his strengths were apparent. At 6-foot-3 and 175 pounds he’s bigger than most opposing guards, and his ability to change speeds smoothly keeps defenders off balance. Defensively, he plays passing lanes and anticipates well, and rarely gets caught out of position.

“As a point guard I feel like I can defend pretty well,” he said, “and also go up and go get a rebound. I can also get to the lane and kick out, and I can also score at all three levels. I don’t feel that I showcased that enough here this year, but that’s one thing I can do.”

As for his recruitment, Rose currently holds a handful of Division I offers, and is undecided about whether he’ll play travel ball to pick up any additional looks.

“Howard offered me, and also Rider, UMass-Lowell and Bryant,” he said. “Howard is the only college that has offered me that’s still in contact with me, but I also have, Like, New Hampshire, Furman [reaching out]. My recruitment is still open.”