Up close with the St. Frances star 2020 forward. 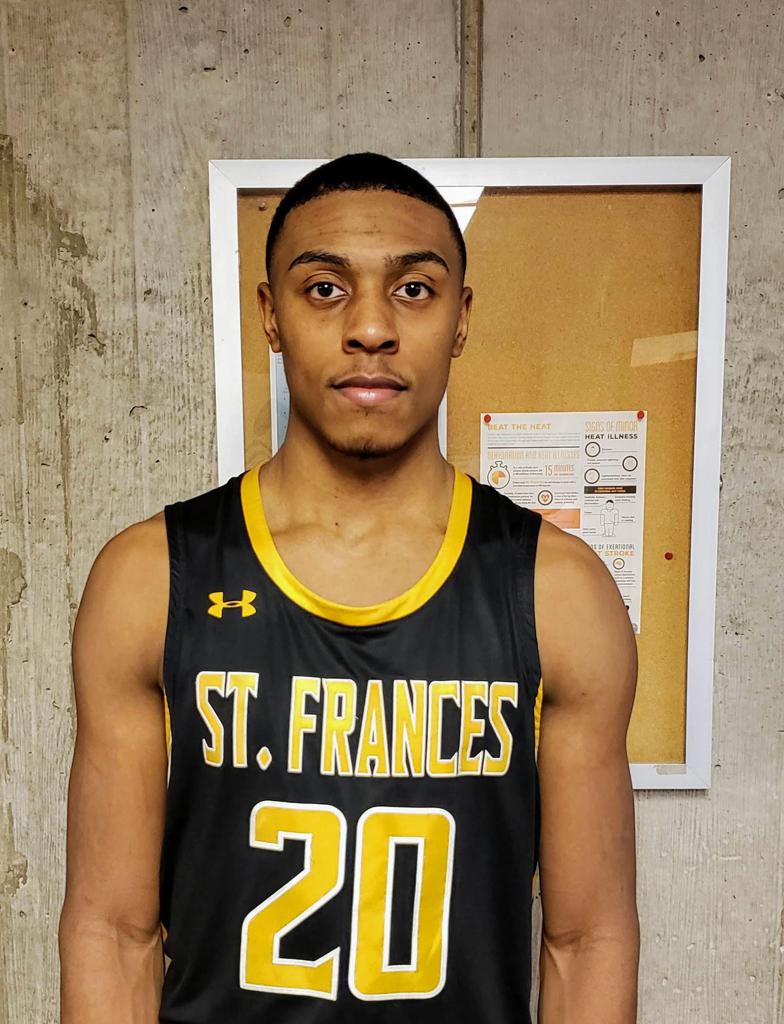 After leading Dunbar (Md.) to the 2018 Class 1A state championship, 2020 forward Jamal West, Jr. made the move to St. Frances Academy and ended up being a major piece, averaging 13 points and 8 rebounds per game as the Panthers won the MIAA A and Baltimore Catholic League championships.

West took some time with DMVelite to discuss his past year:

HOW DO YOU FEEL ABOUT YOUR RECRUITMENT?

“It’s going as planned. It’s right where I want it.”

HOW WAS THE TRANSITION TO ST. FRANCES?

“It went above what I thought [expectations-wise], because I thought it wasn’t going to be that good of a season for me because I was just coming in and everybody needed to get used to me. But we just started flowing as a family and I love it.”

HOW LONG DID IT TAKE TO GET COMFORTABLE?

“It took me months, because I mean once you welcome everybody in, you’ve got to make sure they’ve got your back as much as you want to have their back. Like, I know I’d die behind them, and they’ll do the same for me.”

WHAT WAS THE BIGGEST DIFFERENCE?

“It’s a lot more competition, and the refs - the refs are  pain. Everybody plays as skilled as me and can jump as high as me, so I’ve got to find a way around it.”

“Driving to the hole, low post, a little bit of mid-range and defense - definitely defense. I want to work on ball handling and shooting.”

ARE YOU PLANNING TO PLAY FOOTBALL AGAIN?

“Nah, I was only using that so I could get stronger and faster coming in,  ’cause they told me, like, ‘These guys here, they’re stronger and they’re a lot faster,’ so I had to think of something quick and the football season was approaching, and I was like, ‘Sign me up.’”

DID YOU ALWAYS PLAY BASKETBALL GROWING UP?

“Nah, I started playing basketball in eighth grade. I haven’t really been playing as long as others, but my Father used to always tell me, ‘I don’t think that you would have wanted it as bad as you would have wanted [now] it if you started at a younger age.’ He said I’ve got a lot of heart and I believed him.”

WHAT DO YOU ENJOY MOST ABOUT THE GAME?

“The rush - the adrenaline and the constant runs. I love it, because I love competition. I love going back and forth and making the game great and having fun.”