The 2021 wing discusses his transfer and goals for the season. 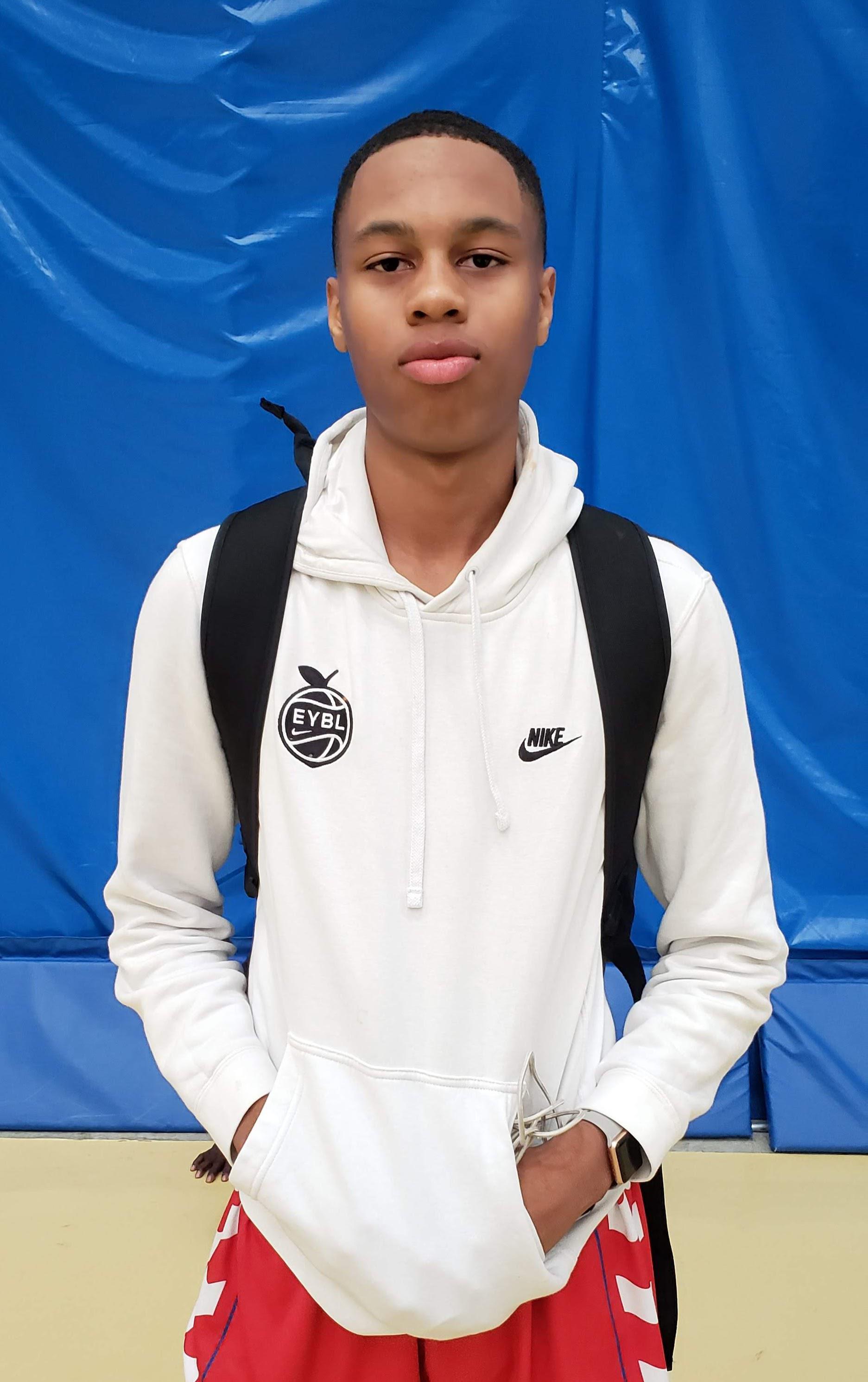 The 2019 DMVelite Fall League kicked off in September with a mix of varsity and junior varsity programs in action at Holy Trinity Episcopal Day School.

Throughout the league regular season and playoffs, DMVelite staff will spotlight standout players and storylines.

2021 wing Jordan Hawkins made one of the biggest moves of the summer when he transferred from Gaithersburg (Md.) to DeMatha (Md.), giving the defending Washington Catholic Athletic Conference champions another dangerous piece for their already loaded lineup.

DMVelite recently caught up with Hawkins at the DMVelite Fall League, where he was suiting up for the DMV Stags.

“When I was at Elite 100 Camp [in St. Louis in June], I was talking to [DeMatha coach Mike] Jones and my AAU coach, and I just felt like it was the best decision for me and where I I could get better as a basketball player going against Earl [Timberlake] and Hunter [Dickinson] and those guys. And getting that exposure will definitely make me a better player.”

The 6-foot-6, 165 pound Hawkins had two strong seasons at Gaithersburg, teaming with fellow 2021 guard Jao Ituka to give the Trojans one of the state’s best young backcourts.

Hawkins said he’d likely still be at Gaithersburg if not for the Maryland Public Secondary Schools Athletic Association’s  decision to hold its member schools out of the summer’s high school live periods, where varsity teams were allowed to play in front of Division I coaches. DC and Virginia allowed their public schools to take part, leaving Maryland as the lone holdout.

“I definitely had to make a move when we weren’t playing in the live periods with all the coaches and stuff,” he said. “I definitely knew I had to make a move to where I could get that exposure and get to play against the best competition in front of all the college coaches. If it wasn’t that case, I probably would have stayed and probably just played with Team Durant [to get more visibility], but unfortunately it’s not that way.”

Hawkins was initially set to head to St. John’s (DC) before switching his choice to DeMatha. He had begun to build a rapport with the players at SJC and performed well with them at Hoop Group Team Camp.

“It was definitely a tough decision to make, going back to those guys and telling them I was making a change of plans,” he said. “I have all respect for the St. John’s guys and what they have done.”

“I would just say I knew I had the talent; [the key was] just working hard and getting the right platform,” he said. “[Team Durant] definitely put me on the right platform, and I would like to thank those guys a lot for everything they’ve done. It really changed my life, basketball-wise.”

A talented shooter and explosive finisher, Hawkins also has the ability to create for others off the dribble, and his size and athleticism give him the tools to be a very strong perimeter defender.

With his DeMatha debut right around the corner, Hawkins said he's been hard at work preparing himself for a more physical style of play.