The Panthers flashed their depth in a dominant opening win. 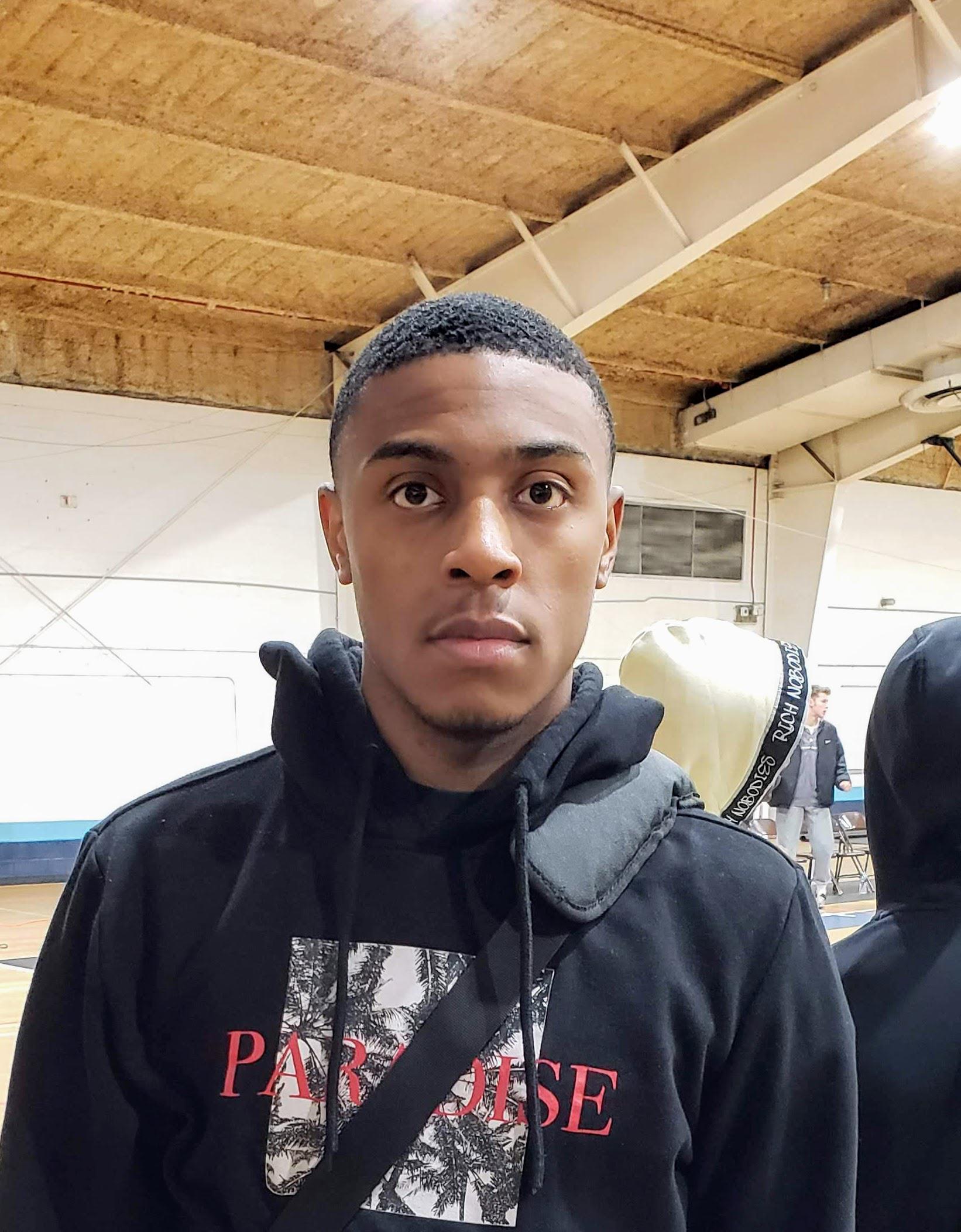 RECAP: St. Frances Academy (Md.) opened the 2019-20 season in style, cruising to an 83-39 win over Scotland Campus HS Red (Pa.) on the second day of the 4th annual Myrtle Chaffin Classic on Sunday, November 17. They led 47-21 at the half and got a chance to display their considerable depth.

The South Alabama commit displayed his usual efficiency, posting a game-high 18 points on 7-of-9 shooting.

West committed to South Alabama back in August, and said the decision has freed him up to focus on what St. Frances hopes to be a historic season.

“Now I don’t have to stress about what college I’m going to be going to and missing practice or missing days and stuff like that because I’m going on an official visit somewhere,” he said. “Now I’ve got it out the way and I can just focus on the rest of the high school year.”

So, what was it about South Alabama that gave them the edge in his recruitment? West said it was a simple matter of trust.

“They take care of their players - it’s beyond basketball,” he said. “Like, everything was just right. I know I’m going to have to work down there, and my AAU coach went there, and he said they had a good coach and he’s going to take care of you. His cousin went there and he also told me the same thing. I know a few guys down there and they all told me good things, and they’re looking good this season so far.”

BANKS MAKES IMPACT: 2020 guard Jahmal Banks played with the Panthers this summer after transferring from Bishop O’Connell (Va.), but Sunday marked his first official game with St. Frances. He looked right at home, posting 14 points on 6-of-7 shooting while grabbing three rebounds.

The Wake Forest football commit (wide receiver) is still transitioning from football, but said he liked what he saw from his teammates on Sunday.

“I’m just getting back into the rhythm of things, but I think the team looked great,” he said. “We’re running the floor really well, I think we’ve built a lot of chemistry and we’ve got players that have different talents and abilities to affect the game, and I think that’s really going to take us far.”

Banks is hoping to carry his football success over into his final basketball season.

“It was amazing," he said of his lone football season with SFA. "It was truly incredible to be a part of a group of elite guys, and really the best players I was playing were in practice every single day. It was a grind and it was tough, but I had a group of goons behind me and beside me and we accomplished a lot. We’re hoping to get [invited to] either the GEICO Bowl or Fox Sports Bowl, so we can finish this out on National Television and show what we’re about.”

REESE FITTING IN NICELY: Another of SFA’s key incoming transfers is 6-8 2021 forward Julian Reese, who came in from New Town (Md.) this summer.

Reese posted 10 points on a perfect 5-of-5 shooting day Sunday, and felt confident his new team is in for a big year.

As for his recruitment, Reese said Maryland and Seton Hall have been the most active recently. He also holds offers from Coastal Carolina, Connecticut, Georgetown, George Washington LSU, Rutgers, Seton Hall, Stony Brook, VCU and Virginia Tech. He’s still got plenty of time to decide and said he doesn’t plan to make a decision until next year.

“[I’m looking for] Like, a family,” he said. “A good community and coaching staff.”

MANAGING HIGH EXPECTATIONS: One benefit of Sunday’s blowout victory is SFA coach Nick Myles had the opportunity to get his entire roster playing time, and the Panthers’ extensive talent was easy to see.

The Panthers started with Reese, West, 2021 guard Byron Ireland and 2020 guards Ace Baldwin (Virginia Commonwealth) and Jordan Toles (Louisiana State), and there was virtually no drop off when they went to the reserves.

“I think this is the deepest team we’ve had,” Myles said. “We’ve got a lot of talented ball players and kids that compete. As long as we do that every day and know the goal in mind - we try to win one game, one day at a time.”

Myles also said he likes his team’s versatility as well, and will lean on his senior leadership to help guide them through a very tough schedule.

“When you’ve got a schedule like we’ve got with so many games and so many places, you can’t look forward to anything except the game at hand,” he said. “Ace and Jordan, I promised them their freshman year that we’d get to this point, and I was going to put together the best schedule in school history. That was the goal, they stayed on me, and this is for them: four-year guys who started in the program their freshman year and both of them are signed and committed. Jamal came on he signed and committed. So for those three guys and the new guys, that’s the standard that was set, and we’re going to play the games and see how they go.”