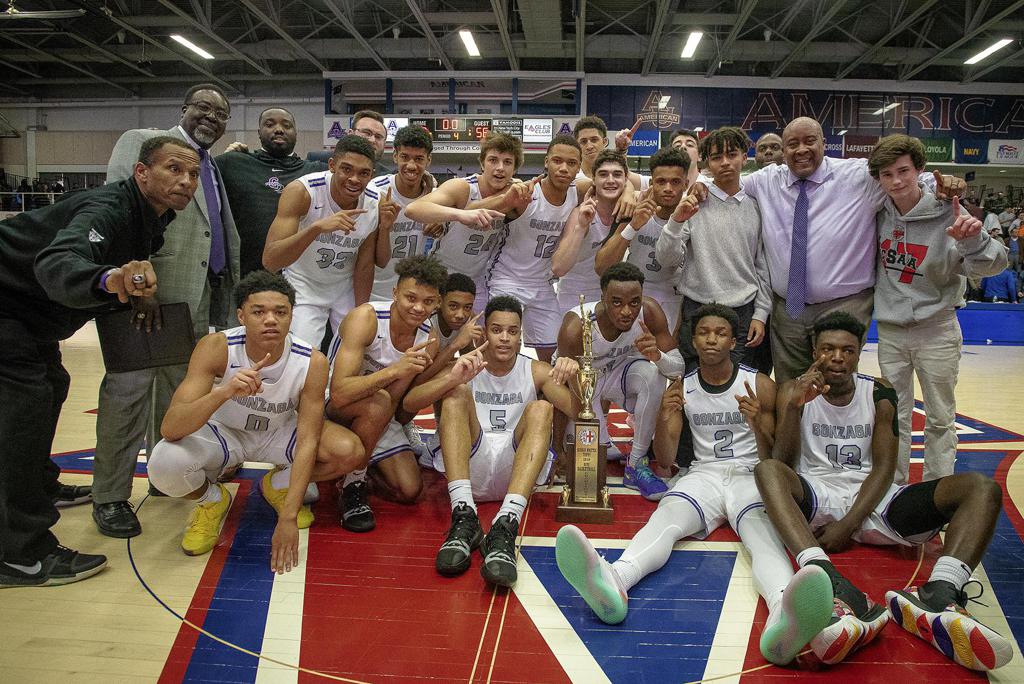 Gonzaga will look to repeat as WCAC Champions. [Charles Matthews]

The air is getting crisp, the sun goes down earlier, and college basketball feast week has begun. All of these things mean that the high school basketball season is ready to kick off.

December is a time where there are an abundance of good basketball being played all around the DMV, with no shortage of showcases. The Morgan Wooten Classic kicks off this weekend, with the DMVelite NoVa Tip-Off Classic and National Hoopfest and up December 7. After that you have the DMV Tip Off held at North Point High School and mixed between these events are several other high-level events taking place prior to the Governor's Challenge after Christmas, including the Jump Ball Showcase Series by More Than Basketball and the annual Sleepy Thompson Tournament at St. Stephens  & St. Agnes.

With all these great events being held there is a lot of good basketball to watch. Here are some early things to check out for in the early high school season:

2. Who stands out in the Beltway League?

3. Can Poly make it four straight?

5. Can anyone in the DCIAA knock off Wilson?

6. Can St. Frances continue its run of dominance?

Marcus Helton contributed to this report.