The Hoyas rallied back from 15 down for a season-opening win. 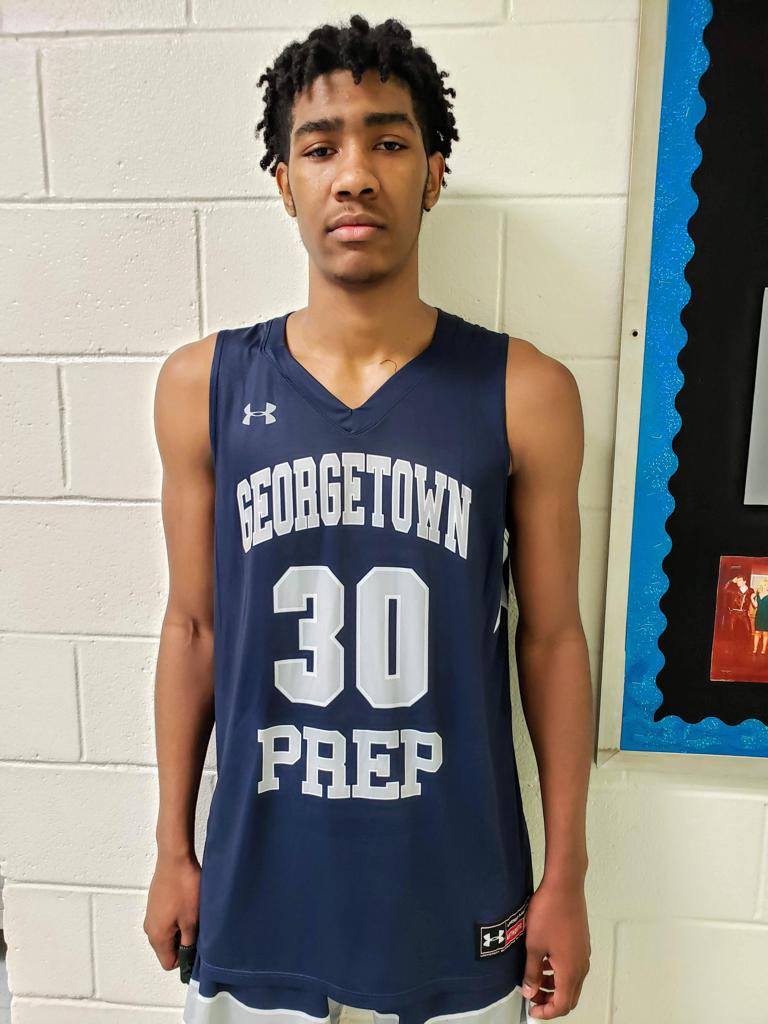 “Going in, I guess people didn’t think much of us, but we’re here to fight," Strachan said. "Like, every single one of us - every person who came in off the bench or started - we put up great minutes and hustled. I thought we played really well and thought a lot better than what people thought we were going to do.”

Marcelle finished with a team-high 15 points for the Hoyas, with 12 of them coming in the second half to help the Hoyas rebound from a slow start.

“Coming in I didn’t expect that,” he said of his offensive output, “but I figured maybe, and if it happens, it happens. I just played the game and it ended up falling into my hands with me having to score, so I just took what they gave me and tried to pull the team together.”

The 6-foot-7, 199 pound Marcelle was active on both ends of the floor, particularly when it came to helping keep possessions alive on the offensive end.

“Rebounding - I think that’s my core right there,” he said. “I tend to do well at boxing out and creating space for our guards to come get the ball and outlet the ball.”

This season looks like it could potentially be a breakout for Marcelle, a cousin of former Prep standout and NBA center Roy Hibbert. He plays with good energy and can score without needing plays run for him.

“With the coaching and with the team depending on you, it’s a little tough,” he said of playing a prominent role at a young age, “but Georgetown Prep is a real good community and so we help build each other up, so it’s not really a big weight on me. It’s more of a team thing.”

Strachan only hit two shots in Saturday's win, but both came at critical junctures in the fourth quarter - and the second was the biggest of the game.

After New Hope's Isaac James hit a turnaround jumper in the lane to put his squad up 51-50 with 31 seconds remaining, Strachan got the ball at the top of the key, shot faked his defender, took one dribble to his left and fired, nailing the go-ahead 3 with 19 seconds to go.

“I came down, my teammate set me a good screen and then I came off shot-ready and knocked it down,” he said.

New Hope controlled the game early, leading 10-5 after one quarter and 24-12 at halftime. Prep cut the deficit to 37-33 after three quarters, and opened the fourth on a 4-0 run, with 2022 guard Bryce Sewell giving them their first lead of the game.

They went back and forth down the stretch before Strachan put them up, and they made a defensive stop on the other end to seal the win.

“We have high expectations for this team,” Woodward said. “We expect to win it all and the IAC, and we expect to keep winning and winning.”

The loss will serve as a valuable lesson in closing games for New Hope, which is sponsoring a boys varsity program for the first time.

Coach Marcus Chester has assembled a young group - there’s only two seniors - with good athleticism and size, particularly on the wings. They showed how dominant they have the potential to be, but also had times - particularly down the stretch - where it was clear they are a brand-new team working out some early-season kinks.