Cam Tweedy posted a double-double to lead WHS to a big win. 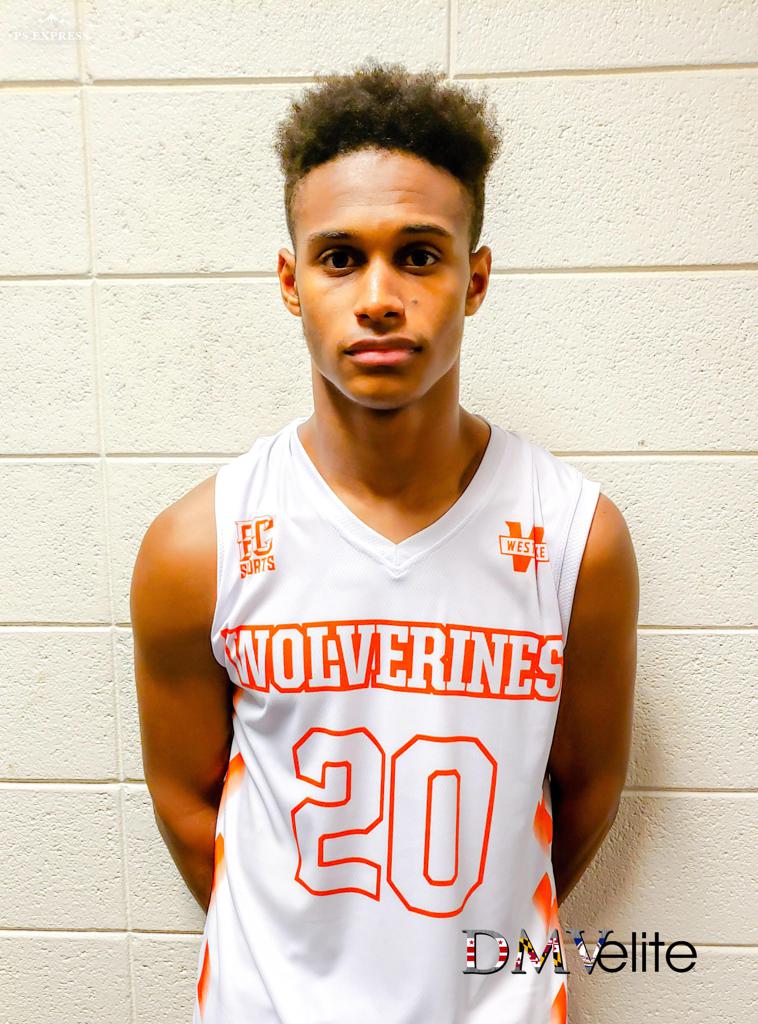 WHAT HAPPENED: Westlake (Md.) 2020 guard Stanley Harley hit the go-ahead jumper with just over 20 seconds remaining as the Wolverines picked up a nice 61-58 win over St. Vincent Pallotti (Md.) in the DMV Tip-Off last Saturday at North Point High School in Waldorf, Md.

Pallotti 2020 guard Wade Jackson nearly tied things up on a DEEP 3-pointer at the buzzer, but his shot bounced out. The Loyola (Md.) commit finished with a team-high 20 points and 6 rebounds.

2020 guard Anthony Blunt added 12 points and 5 assists for the Panthers.

“I think we just had to talk, because the first half, we weren’t talking and everybody wasn’t locked in,” he said. “Even the bench wasn’t locked in, but in the second half we picked it up and we started talking and we came together as a team and that’s how we got the win today.”

The 6-foot-6, 210-pound Tweedy and 6-foot-6 2020 forward Justin Bryson were strong on the interior for Westlake all day, consistently working to generate second-chance opportunities while grabbing 5 offensive rebounds apiece. Bryson finished with 7 points and 9 rebounds.

“We could be like a two-man, twin towers a little bit,” Tweedy said. “We could rebound or we could go two-man and I could be the point and we could give and go - it’s a good rotation for both of us, with our height and agility and stuff like that.”

A one-time Loyola (Md.) commitment, Tweedy recently reopened his recruitment. He said the Greyhounds are still definitely an option, but admitted he made his verbal commitment too quickly over the summer without following up on anyone other schools.

“It was just a lot of second guessing a little bit about it at first,” he said. “I want to say thank you to Loyola for giving me this opportunity and it’s still and option for me, but I have to still open it up.”

Tweedy said he’s heard from Canisius, La Salle and St. John’s, among others. He has yet to schedule any visits. For now, he's focused on helping the Wolverines achieve team success, and Saturday’s win was a nice step.

“It’s a big win because Pallotti is a great school and everything,” he said, “and it’s a great win for Westlake because some people think Westlake’s not good but we had to show them that we are a good team.”

Stanley Harley didn’t have his best shooting night - going 4-of-11 from the field - but the last one he hit was the biggest of the night.

“The play shut down so we just had to figure something out,” he said, “and I cut to the middle of the paint and I shot the mid-range and I hit it. It felt great - I knew it was going in because the other shots I missed, they were rolling out, so my coaches told me to keep shooting and I just kept shooting.”

Harley is one of several key players back from last year’s team, and he said he’s already seen key differences with this year’s squad.

“I feel like we’re more mature than last year,” he said. “Last year there was a lot of stuff going on and we were young, so this year is our year, for real for real. We’re all seniors, and our seniors have just got to lock in so we can go to states.”

Saturday’s game was tightly-contested throughout. Westlake led by one point after one quarter, and it was a tie game at the half (26-26) and after three quarters (44-44).

With four minutes remaining Pallotti led 53-49, but the Wolverines answered, and tied it up at 56-56 on a Tweedy bucket with just under two minutes to play.

The teams were tied at 58-58 with 41.2 seconds to go, setting the scene for Harley’s go-ahead jumper. He later hit one of two free throws to make it a three-point game.

“[The key was] Just locking up,” Harley said. “No. 3 [Jackson], he was going off, so we had to put our best defender on him - Aaron Williams - and he locking him up the last couple minutes of the game. Once we got stops, we just had to execute our plays, and we finished the job.”

Jackson gave the Wolverines one final scare, unleashing a deep three in the final second that nearly rattled in.

“It looked good,” Westlake coach Ed Mouton said. “Again, I was telling Stanley, ‘If you hit that free throw we’re not worrying about that,’ so we’ve got to make our free throws, especially in that situation, because No. 3 is a good shooter and he’s got long range, so I know he had a chance at it. I was like, ‘We can’t go into overtime.’ So yeah, that was a gut-wrenching game, and I’m just proud of the guys; they just kept fighting. We could be pretty good this year if we play together as a team and just keep grinding.”

Overall, Mouton said he was pleased with his team’s execution down the stretch.

“We were patient on offense,” he said. “We got the best available shot and a couple of times we went into the post with Cam and [Justin], and they were able to post up and get the easy bucket. And then we were down I think seven with three minutes to go and we could have folded, but we sucked it up and played defense.”