Tremaine Chesley led the Spartans to some long-awaited payback. 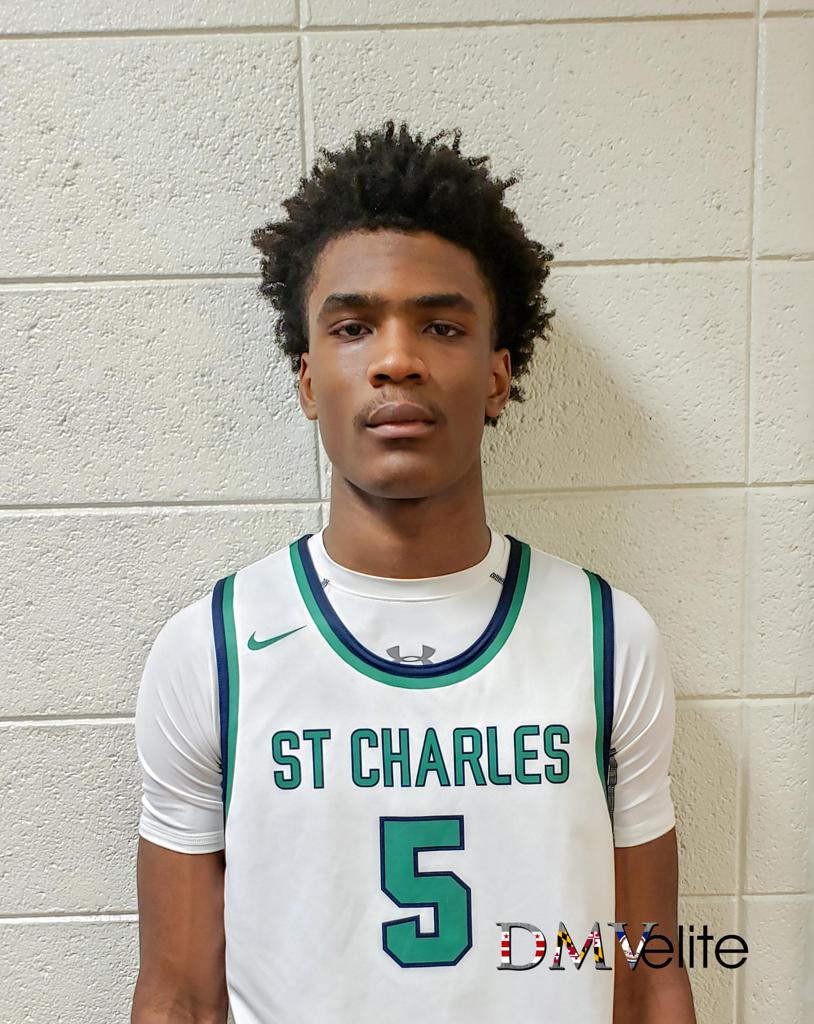 WHAT HAPPENED: St. Charles (Md.) built an early lead and slowly pulled away for a 71-58 win over Wise (Md.) in one of the most highly-anticipated games of the DMV Tip-Off at North Point High School in Waldorf, Md. last Saturday.

Chesley put up a game-high 19 points on 7-of-10 shooting and was his usual disruptive self on the defensive end to help the Spartans pick up the victory - and exact a measure of retribution.

“It feels good,” he said. “Two years ago they embarrassed us and beat us by a lot [70-43], and we just worked hard in practice and had been looking for this moment and we did what we had to do to pull this one out.”

Chesley has developed a well-deserved reputation as a defender - in fact, I’m on record as saying he’s one of the best in the area. He knew he’d need to step up his offensive production following the graduation of wing Anthony Bowman and the transfer of wing Darius Miles to IMG Academy, and so far he’s shifting into the role nicely.

“The hard work is paying off,” Chesley said. “Getting up extra shots after practice and doing the little stuff that other people aren’t doing - it’s coming along. … I feel like [my defense]  leads to a lot of my offense. My defense brings me energy and brings a spark and brings a lot to my game.”

“Tremaine is a very underrated player,” he said. “Like, he does a lot for us. Some people may get focused on scoring, but he’s just an unbelievable defender and he’s willing to get in there and rebound the ball and set his teammates up. He’s always had the ability to score, so you see him getting to the rim - he’s always had that. He’s kind of just continued to be aggressive and kind of sees who he’s out there with, and knows the right time to step it up.”

For Chesley, that was the second half, as he scored 13 of his 19 points after the break to help seal the victory.

“I felt it all day,” he said. “I just woke up in a good mood with energy, and I’d just been looking forward to this.”

Omar McGann finished with 13 points and hit three 3-pointers - highlighted by a filthy stepback jumper in the second half. He’s one of the Spartans’ top offensive players, but he said that’s not where his focus is this season.

“I could go 20-for-20 from 3, but if I ain’t leading, then I ain’t satisfied,” he said. “With me being a senior this year - I was a Captain last year, but I wasn’t a Captain, you feel me? So this year, I’m showing more of me being a Captain, like if we’re late to Study Hall, I’m the first one in the group chat texting, like, ‘Yo, where you at?’ If somebody’s down or having a bad day, I’m calling, like, ‘Yo, you straight? You need to talk?’ Me being a leader is the biggest thing I care about this whole season.”

McGann said his team’s communication was key on Saturday, especially after Wise grabbed an early lead.

The 6-foot-3, 160-pounder has recruiting interest from several Division II and Division III schools, and said he hopes to make a commitment in the spring. He said he’s looking for a place that welcomes in the way St. Charles did when he arrived from Virginia Beach to start high school.

“You want to come into a place and have it already feel like home,” he said. “For example, I moved from Virginia to Maryland, so I was the new guy in ninth grade and I didn’t know what was happening. But I had my man [2020 guard Kevin Smith] and I came into class and he showed me what’s up. So those little things like that - just feeling at home. And of course you’ve got to have a great education, those are the big things. Just making sure I feel like I’m at home, even if I’m far away.”

SPARTANS DEPTH IS A STRENGTH

St. Charles battled foul trouble all game, with the Massachusetts-Lowell commit Brooks eventually fouling out, Chesley and 2022 guard Amir Dade picking up four, and McGann and Butler each getting whistled for three.

None of it seemed to really hurt the Spartans, though, as they were able to turn to their bench with seemingly no drop off.

“”We just had other guys step up in various ways,” Campbell said. “Someone like Amir Dade with 10 rebounds, Omar kind of sets the table for us a little bit and hit a couple of clutch shots down the stretch, and Tremaine getting to the rim - those guys we kind of expect. But then we got some big minutes out of [2020 guard] Myron Davis and Kevin Smith stepping up. [2021 forward] Ramerik Daniels gave us some good minutes, and [2020 guard] Klayton Batten. Some guys off the bench gave us some good minutes - not necessarily scoring the ball, just staying solid defensively and not continuing to put them on the foul line.”

The senior-laden Spartans have been together for a while, and that closeness is one of the team’s biggest strengths, according to McGann.

“People don’t understand how important chemistry is outside of just basketball,” he said. “We know each other’s strengths, weaknesses, where we like to be at on the floor - all that. So just knowing about each other so much, we can go deep. Like, the whole starting five could have fouled out and we’d have had our bench players in the game and known they were going to hold it down. That’s how much trust we have in each other, that we know they’re going to hold it down, down to the 13th man.”

Campbell agreed, adding that he feels good about his program as it seeks to continue building upon its recent success and make the first state tournament trip in the school’s short history. St. Charles opened in 2014.

“We’ve had a great group of kids,” Campbell said. “Even going back to the first year when we lost 13 in a row, our guys worked really hard and kind of set the expectation for what we do. So our goal everyday is just to go 1-0; whether we’ve got a practice or a game, we want to win the practice or win the game. If we continue to do that every day in practice and in the game, good things will happen.”