A move to IMG Academy (FL) has paid off for the DC Native. 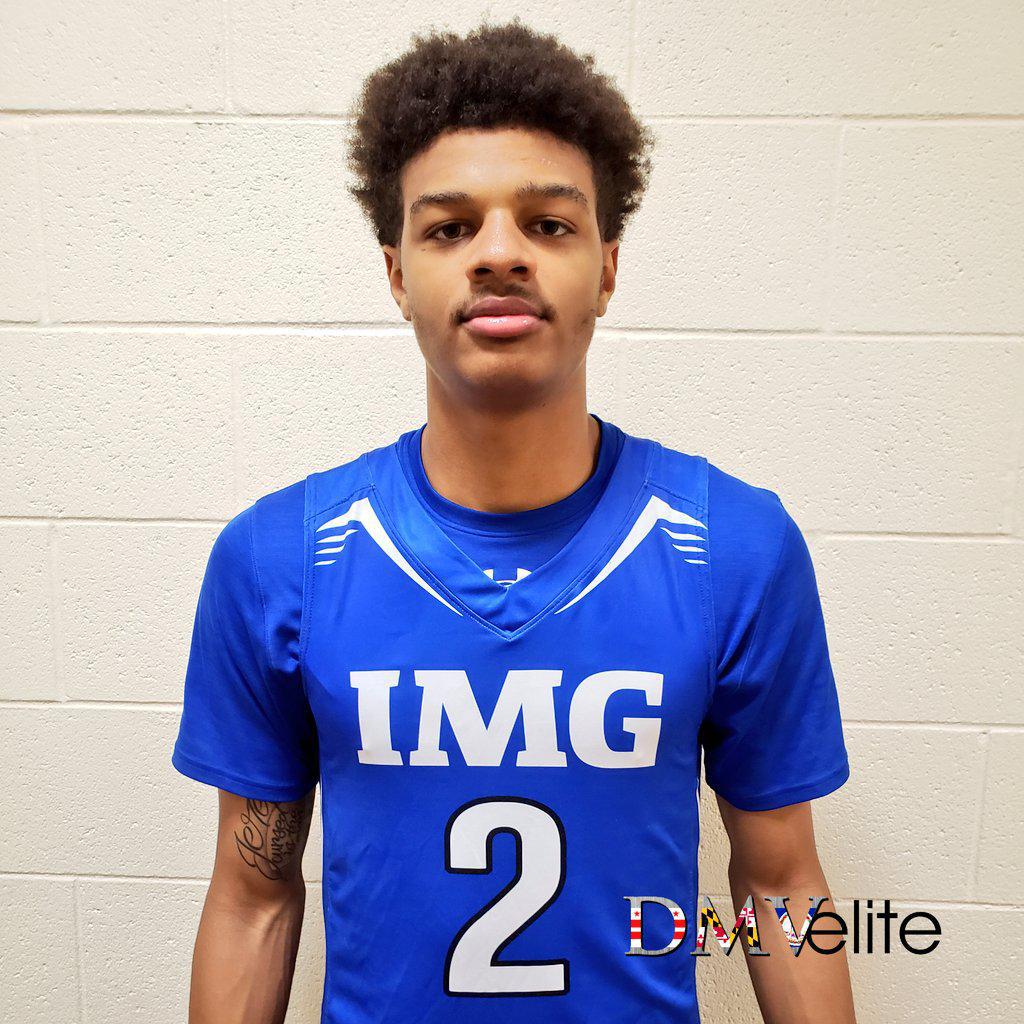 The DC native starred in front of family and friends in his DMV homecoming January 11, scoring 22 points to help IMG improve to 15-0 with an 88-81 victory over Mt. Zion in the Uptown Hoopfest at Elizabeth Seton High School.

“It was great man - I love it, I love it,” Miles said afterward of coming home. “The feeling - you can’t even explain. The City - the whole DMV - came out and I appreciate y’all, I love y’all so much. Things are coming soon - [taps ring finger] hardware, hardware, that’s all I’m gonna say.”

Miles came off the bench but immediately impacted the game when he entered, and ended up playing the third-most minutes on the team.

“The reality is he’s actually leading us in minutes at 30 a game,” IMG coach Chad Myers said. “Even tonight he had 32, so he was third on the team in minutes coming off the bench, so it’s almost like we’ve got six starters. He’s kind of bought into that role, and the one thing is I think he kind of gives a spark and some offense coming off the bench. And he’s like a lot of those guys - they’re all big, long athletes - so we can all switch stuff and we can almost sub him for anybody on the first five depending on how the game’s going.”

Miles finished 8-of-14 from the field - including 3-of-5 from 3-points range - and 3-of-4 from the foul line, showing the type of offensive prowess that has intrigued college recruiters since his freshman year.

Miles began to burst onto the recruiting scene at Theodore Roosevelt (DC), picking up an offer from Georgetown in January of his sophomore season in 2018. He transferred to St. Charles (Md.) that summer, and although he continued to progress, the high-major trajectory of his recruitment seemed to slow a bit. He enrolled at IMG late this past August.

“I think early on, he was such a high-level prospect that I think people kind of got down on him for a little bit,” Myers said. “Sometimes you just need a change of scenery, and I think we’ve got some guys on this team that are really locked in and focused, and I think him being around those guys, he’s really changed his mindset and what he really wants. Sometimes I think it’s just getting away and being in a different environment and some kind of a fresh start, but to his credit, he’s been really good. I mean, he’s making shots, he’s making plays - he’s kind of doing what everybody expected him to do probably two years ago, which is good for us.”

Miles agreed that the move to IMG - which sits on a 500-acre campus in Bradenton and bills itself as “The world’s most advanced sports and educational institution” - has helped him get back on track.

“I’ve got a group of great guys - they push me and they never let me quit,” he said. “When you transfer from the city it’s hard - even though IMG is a [high-performance] school and they push me every day in practice and I love ‘em. I love our group of guys, man. … Everybody [at IMG] has the same goal. It’s like everybody wants to be successful at whatever sport they play - it could be baseball, football, basketball - so it’s good to be around a bunch of kids that want to succeed in life doing their sport.”

The 6-foot-7, 182-pound Miles said three schools in particular have jumped to the forefront of his recruitment.

“[I’m looking for] Just genuine love and support, and just showing me the way to progress and increase my game in order for me to get to the League,” he said . “That’s mostly it.”