Saveon Jackson starred in a statement win for the Panthers. 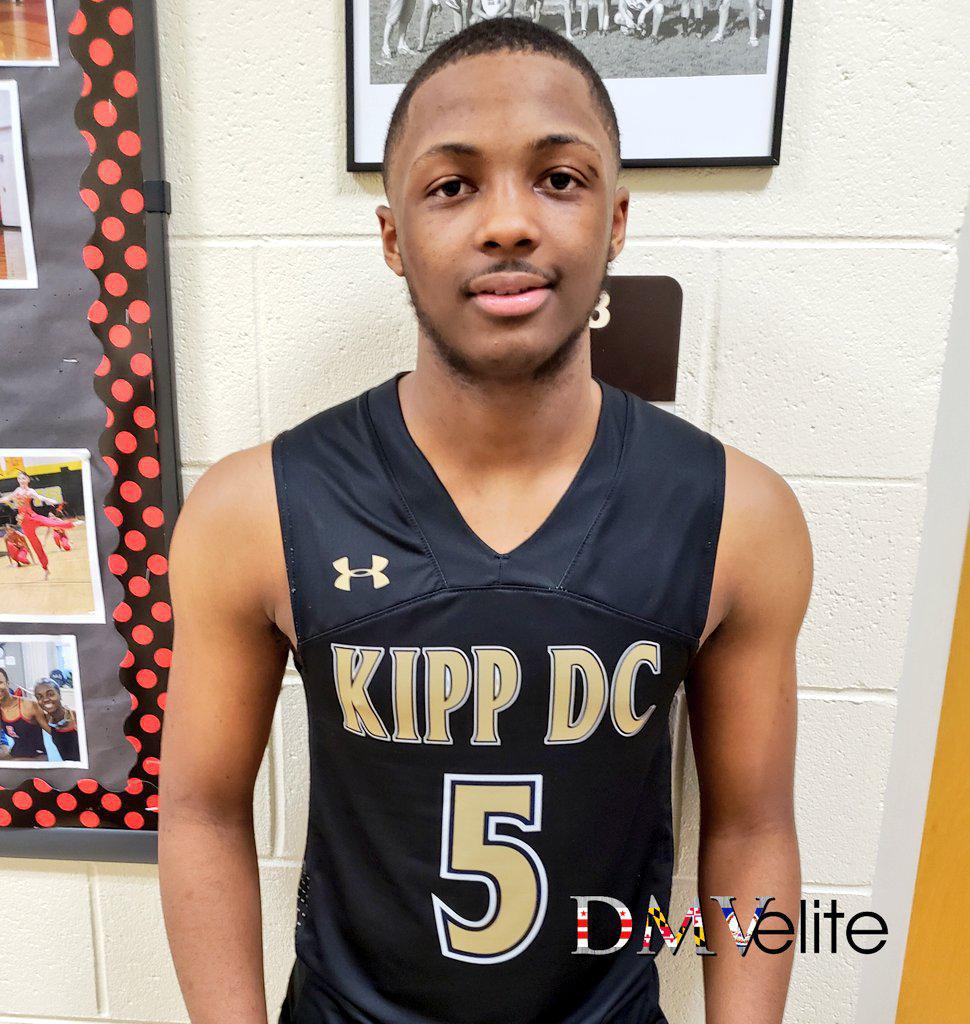 WHAT HAPPENED: 2021 guards Rasheed Dupree and Saveon Jackson came up huge in the second half - and were especially clutch in the final 20 seconds - as KIPP (DC) rallied to edge Coolidge (DC) 68-67 in the More Than Basketball Uptown Hoopfest at Elizabeth Seton High School (Md.) on January 11.

Dupree scored the go-ahead bucket on a driving layup with 17 seconds to go. Coolidge had one final opportunity to grab the win off an inbounds pass with 6.7 seconds remaining, but Jackson blocked the shot to seal the victory.

KIPP - which won the DCSAA Class A Championship last year - viewed Saturday’s game as a chance to make a statement against a tough Coolidge squad.

“It’s really big,” Jackson said of the win. “Throughout the week it was just, ‘Oh, Coolidge is going to do this to y’all, Coolidge is going to do that to y’all.’ So we came in really the underdogs, but we didn’t let that get into our head. People took it to social media saying this and that about us, and we were just like, ‘We’re just going to come out and play our game and play hard, and we’re going to show them why they shouldn’t [underestimate] us anymore.’”

The Colts jumped ahead early, leading 17-14 after one quarter and 33-28 at the half behind 2022 forward Stephaun Walker, who notched a double-double in the first half with 16 points and 10 rebounds.

The Panthers opened the second half on a run, taking the lead at 36-35 on a Jackson floater with 6:01 remaining in the third quarter. The two teams battled and exchanged leads down the stretch, with the 5-foot-7 Dupree ultimately driving and finishing past the outstretched arm of 6-foot-7 2020 forward Chris Moses for the go-ahead bucket.

“Keith Williams, that’s one of my trainers in the area,” Dupree said, “and we work on finishing high around the rim and different ways of getting to the rim against different types of defenders, and that was a bigger, wider, defender, so I knew that my first step was going to win the matchup, and that’s just what I did.”

With 6.7 seconds remaining, Collidge had the ball under its own basket. They inbounded to Moses, who went to the basket but was met by Jackson, who blocked the shot from behind.

“I knew we needed a defensive stop,” Jackson said, “so I put myself in a position of  the X-man, and letting nothing get in the middle. So when the ball came in, I decided to step over to help and I got the block and it secured the win.”

Jackson took over offensively in the second half, scoring 14 of his his game-high 23 points after the break. But it was his contributions in all phases of the game that truly stood out.

Jackson finished just one assist and one steal shy of a quadruple double, tallying 13 rebounds, 9 assists and 9 steals.

“I mean, I play for my team,” Jackson said. “If I know how bad my team wants [a win] and I know how bad I want it and my coaches want it, I’m going to make it happen. If I know I can do something to make something happen or make a difference in the game - even if I couldn’t score, I would have found something else to do for my team. So it’s just about my team, and I’m willing to put it all on the line for my team because I know they’d do the same for me.”

The 6-foot-1, 185-pound Jackson’s versatility has been a major factor for KIPP since he transferred in after spending his freshman year at St. John’s College (DC).

“It’s hard to guard; you don’t know what to come do,” he said of his game. “I mean, you step up, I’ll go past; you don’t step up, I’ll shoot the jumper. I rebound very good for a guard, and I mean, I see a lot. I can really read the game before it happens, so it’s just like I get everything done for my team. I know the spots they’re going to be in, so I just make it happen for my team.”

Coming off the most successful season in school history, KIPP coach Chris Miller continued to take steps to build the program up. He entered the Panthers in the DMVelite Fall League - they won the varsity division - and worked to beef up the non-conference schedule.

“We had that in mind after winning the Single A,” he said. “We wanted to challenge the guys with the schedule, and we’ve played a tough schedule so far - at Sidwell, at Maret, at HD Woodson, at Dunbar - so we said, ‘Let’s ramp up the schedule. We’re going to stay in Single A, so let’s get prepared for the playoffs and hopefully take care of business in Single A, and see where we’re at next year.’ But we definitely wanted those top-notch teams in the Double A division to see what we could do against them, and hopefully again prepare us for the Single A playoffs.”

KIPP is a program short on basketball tradition, but one major aspect of its recent success is the fact that Miller’s best players share his vision as well.

“We lucked out that Saveon came as a tenth grader and left St. John’s to come play with Rasheed again, because they were all KIPP kids in middle school and they had played together all through middle school,” Miller said. “Between the two of them - Rasheed was at Friendship Tech - they decided that they all wanted to come back together, and now their mentality is ‘Let’s make a name for KIPP, because of us.’ So that’s their goal, and that’s their mindset, so I’d say after a year and a half their on their way to doing that. And that’s [the coaching staff’s] mindset: ‘Let’s make a name for ourselves and let’s build this program, and hopefully college coaches will take notice of it.’”

According to Dupree, there’s still plenty of unfinished business.

“From last year, it was our first year waking up everybody,” he said, “But this year I still don’t think that we’ve woken up everyone, but I think that they know who KIPP DC really is this year.”