Ace Baldwin stepped up late to lead the Panthers to a rivalry win. 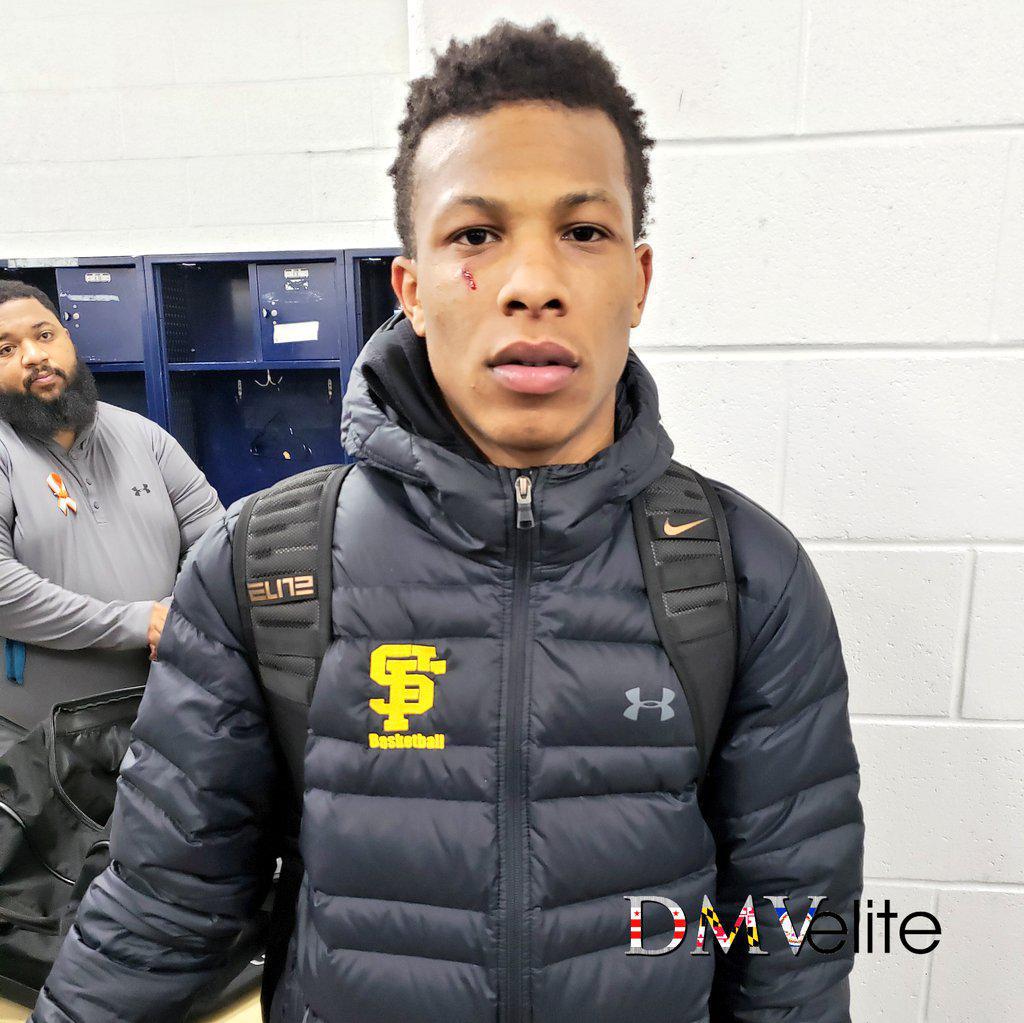 WHAT HAPPENED: 2020 guard Adrian “Ace” Baldwin had a big fourth quarter to carry St. Frances (Md.) past Poly (Md.) 57-53 in front of a capacity crowd at Morgan State University’s Hill Field House in Baltimore on January 25.

The contest was part of a two-game showcase - the St. Frances and Poly girls played first - that featured Baltimore’s two top programs, both of them nationally-ranked, and a very vocal and energetic crowd reflected that.

“The atmosphere was great,” St. Frances 2020 forward Jamal West said. “It got the adrenaline pumping early, like before the game even started. When we went out there and were watching the girls game, the adrenaline was just pumping. I felt great and everybody’s legs felt great; you could see in the warmups that everybody was feeling a little bouncy.”

West had 15 points and 11 rebounds to lead the Panthers, who got 13 points from Baldwin and 11 from 2021 guard Byron Ireland, who was playing his first game in the series since transferring from Annapolis (Md.) last summer.

“This is probably the biggest game I’ve ever played in my life,” Ireland said.

Poly led 14-13 after one quarter and 26-23 at the half. St. Frances went ahead 39-38 after three quarters, and closed out the game at the free throw line late to avenge a loss in last year’s meeting at Towson University.

The Virginia Commonwealth signee put the Panthers on his back late, scoring 11 of his 13 points in the fourth quarter to seal the win.

“It’s, like, leadership,” he said. “I told them in the huddle, ‘We’re not going to lose this game,’ and we’ve got to keep playing until the end.”

Baldwin hit clutch free throws down the stretch, including a pair to extend the lead to 57-53 with 24 seconds remaining in the game.

“He wanted the ball and he wanted to close the game,” St. Frances coach Nick Myles said. “In any sport, a closer is the most important part of the game - baseball, basketball football, you’ve got to have a closer, and Adrian Baldwin is definitely a closer.”

The reigning DMVelite Player of the Year also finished with 8 assists and 5 steals.

“I was down in the first half,” he said, “but my teammates and coaches picked me up and told me to keep playing and I’d be good. I just play my game and do what I have to do to win.”

St. Frances suffered two key roster departures when senior guards Jordan Toles and Jahmal Banks left to enroll early for football at Louisiana State and Wake Forest, respectively. There were times during Saturday’s game where they clearly could have helped, but the Panthers showed they still have more than enough talent to get the job done.

“You’ve got to play your best basketball in January going into February,” Myles said, “and I think we are and we’re jelling. There’s so many people that counted us out when Jordan and Jahmal left for college, but that’s what this program’s about is sending kids to college, so we’re proud of them and happy for them. But the young guys are stepping up, man - Jahnathan Lamothe hit a big-time 3 and played big-time minutes. Elijah Davis played big-time minutes. Khyrie [Staten] and Byron are growing up, and them and Julian Reese are going to be the next names of St. Frances Basketball on the main stage next year. So we’re not going anywhere and we’re going to continue to work and continue to get better.”

Ireland and Staten (10 points)  started in the SFA backcourt alongside Baldwin, while Lamothe came off the bench to add 5 points.

“In the huddle I was just telling them to step up, because they’re great players,” Baldwin said. “John, the freshman hit a big 3, Kyrie and Byron were being aggressive.”

Despite coming up short in the much-anticipated matchup, Poly showed why it is still a favorite to make a run at another Maryland Class 3A State Championship.

The Engineers have won three straight state titles, and one of the players who has been there for the entire run - starting 2020 guard Rahim Ali - said the squad going for No. 4 may have the most potential of them all.

“This is the best season by far, even though we took the loss,” Ali said. “But this team is like no other - this is the best team I’ve been a part of. Just how together we are, it’s just great - it’s no feeling I’ve ever felt before - and I’ll rock out with these guys any day.”

Marquette-bound 2020 forward Justin Lewis led Poly with 18 points, while 2020 guard Brandon Murray added 15. Ali finished with 9 before fouling out with 24 seconds remaining and his team down, 55-53.

“Even the times we were down we all stuck with each other, we just didn’t come out with a win,” Ali said. “And even though we lost, we’re not pointing fingers; we’ve all got to get in the gym and look forward to winning a fourth championship. We’ve still got some big games left that we’ve got to win, and then it’s on to the fourth one.”

Saturday's game also provided an intriguing family matchup, as Poly 2020 guard Jasiah Lamothe faced off with his younger brother, St. Frances 2023 guard Jahnathan Lamothe. They had an entertaining sequence in the first half where they scored on consecutive possessions, and Jahsiah also drew a blocking foul on Jahnathan. In the end though, younger brother got the better of this one, hitting a 3-pointer late in the third quarter to give the Panthers a lead heading into the fourth. Each Lamothe finished with five points. … In Saturday’s opener, the Poly girls grabbed a 70-63 win over St. Frances in overtime. Tenea Robinson had 21 points to lead the Engineers, while Dasia Townes had 16, Da’Brya Clark 15 and Cach’e Wilson 10. McDonald’s All-American and Maryland commit Angel Reese had a game-high 26 points for St. Frances before fouling out in the final seconds of regulation. Aniya Gourdine added 14 for the Panthers.