A look at some of the top uncommitted 2020 talent available. 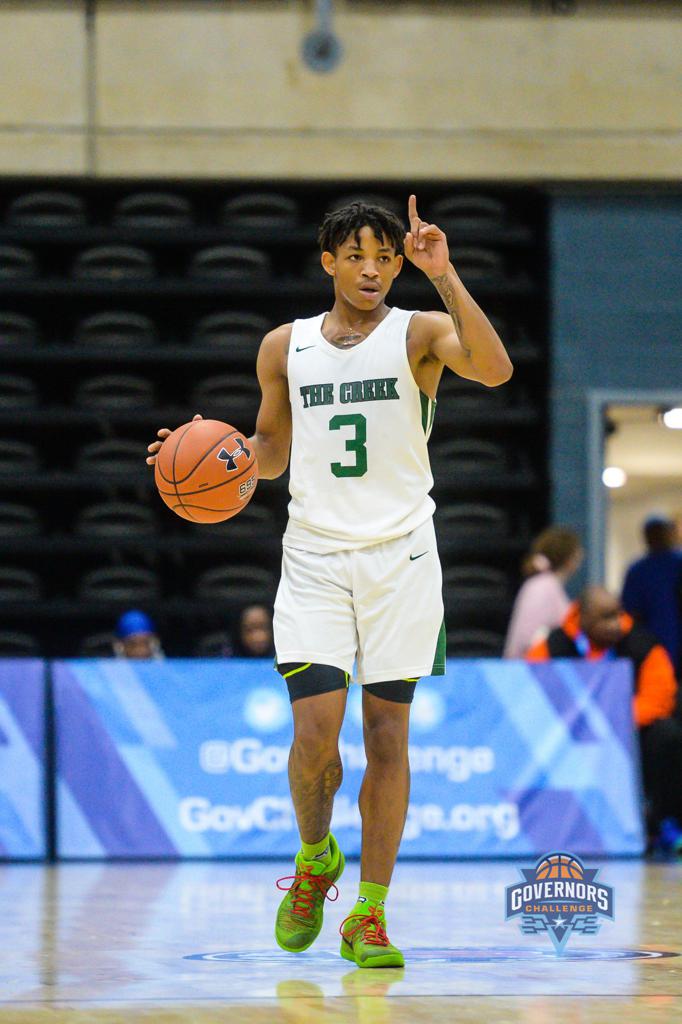 As the high school season starts to wind down, there’s still plenty of Division I-level senior talent on the board.

Here’s a look at 20 of the top available members of the 2020 class I've seen in person or on film this season:

DELONNIE HUNT, ROCK CREEK CHRISTIAN (MD.) GUARD
Hunt (pictured) is averaging 14 points and 4.5 assists per game for the Eagles, who sit in the driver’s seat heading towards the Capital Beltway Athletic Association playoffs.

BRANDON MURRAY, POLY (MD) WING
The 6-foot-5 Murray has been arguably the most improved player in the area during what has turned out to be a breakout senior campaign. He’s opened plenty of eyes in the past week alone, dropping 44 points while going 18-of-20 from the field (he started 17-of-17) in a win over archrival City on February 3, and had a team-high 21 in Poly’s 62-60 win over IMG Academy on February 8 at UMBC.

RAHIM ALI, POLY (MD) GUARD
Ali is a winner, plain and simple. He’s started on three consecutive state championship teams and is aiming to close his career with a fourth. He hit the game-winning reverse layup with 8.4 seconds remaining in Poly’s 62-60 win over IMG Academy on February 8.

CAMERON TWEEDY, WESTLAKE (MD) WING
A double-double machine, Tweedy is averaging 19.1 points and 13.5 rebounds per game for the Wolverines.

A one-time Loyola (Md.) pledge,  the 6-foot-6 Tweedy reopened his commitment in December. He’s still considering the Greyhounds, and picked up an offer from Howard in January.

TREMAINE CHESLEY, ST. CHARLES (MD) GUARD
The lockdown defender has shown he’s more than a capable scorer as well, while helping St. Charles to a 17-1 record. He’s picked up some low DI and D2 interest, but is still awaiting his first official offer.

JORDAN BRATHWAITE, GLENELG COUNTRY (MD.) WING
After playing primarily in the post for much of his high school career, Brathwaite started to show his skills on the wing last summer with New World and during the High School Live Period. He’s athletic and versatile, rebounds strongly and has improved his perimeter shooting. He holds an offer from Youngstown State, but could see his recruitment take off with a prep year.

YURI COVINGTON, NATIONAL CHRISTIAN (MD) GUARD
The Clarksburg (Md.) transfer has seen his recruitment take off since arriving at NCA, picking up scholarship offers from Bryant, Canisius and North Texas while averaging 17.8 points per game.

DEONTAY COZART, HD WOODSON (DC) GUARD
A talented lefty scorer, Cozart is averaging 20.6 points per game - tops in the league - for the Warriors, who face Coolidge in the opening round of the DCIAA playoffs on Wednesday.

JOMO GOINGS, WINSTON CHURCHILL (MD) GUARD
The athletic and versatile 6-foot-4 Goings has put together several impressive offensive performances for the Bulldogs this season. He’s receiving interest from Central Connecticut State, Howard and South Alabama, but may be headed to prep school for a year.

LANDON HAWES, POTOMAC FALLS (VA) GUARD
Hawes recently scored the 1,000th point of his career, and is averaging 21.2 points per game in his final season under his father, Panthers coach Jeff Hawes.

TEGRA IZAY, ARCHBISHOP CARROLL (DC) CENTER
Teams still in the market for a big man should be taking a flyer on the 6-foot-10 Izay, who has steadily improved on the offensive end throughout his career. He currently holds offers from George Mason, La Salle, Loyola (Md.), Mount St. Mary’s, Old Dominion and Siena.

KEYSHAWN JOHNSON, FAIRMONT HEIGHTS (MD) GUARD
The sharpshooting Archbishop Carroll (DC) transfer has had a breakout senior campaign for the Hornets, pouring in 25.4 points per game. He’s likely headed to junior college, and has been receiving interest from a host of them - most notably Richard Bland (Va.).

JAMEL MELVIN, POTOMAC SCHOOL (VA.) FORWARD
The 6-foot-10 Melvin is a game-changer on the defensive end but has shown the ability to take over offensively as well this season.

Long Beach State, Mississippi Valley State and  Morgan State have all recently inquired about Melvin, who remains surprisingly under-recruited by Division I programs given his size and athleticism.

RASHAUDE OHIOKPEHAI, SURRATTSVILLE (MD) FORWARD
The 6-foot-6, 235-pounder is perhaps the most under recruited post prospect in the area, and is putting together yet another productive season for the Hornets. He uses his size well and has tremendous footwork and a variety of moves near the basket. He’s attracted interest from low D1 to D3 programs.

WILL THOMAS, MERVO (MD) WING
The 6-foot-5 Thomas is back healthy after missing all of last season with a broken foot, and he’s back to the form that earned him several D-I suitors.

Coastal Carolina, Coppin State, Delaware State and Towson were among the programs recruiting Thomas the hardest before his injury, and he’s also attracted a ton of interest from junior colleges.

The 6-foot Wilson was a prolific scorer in his time at Osbourn Park, picking up D-2 offers from Georgian Court (NJ) and Wilmington (Pa.).