The Gaithersburg (Md.) star is having another strong year. 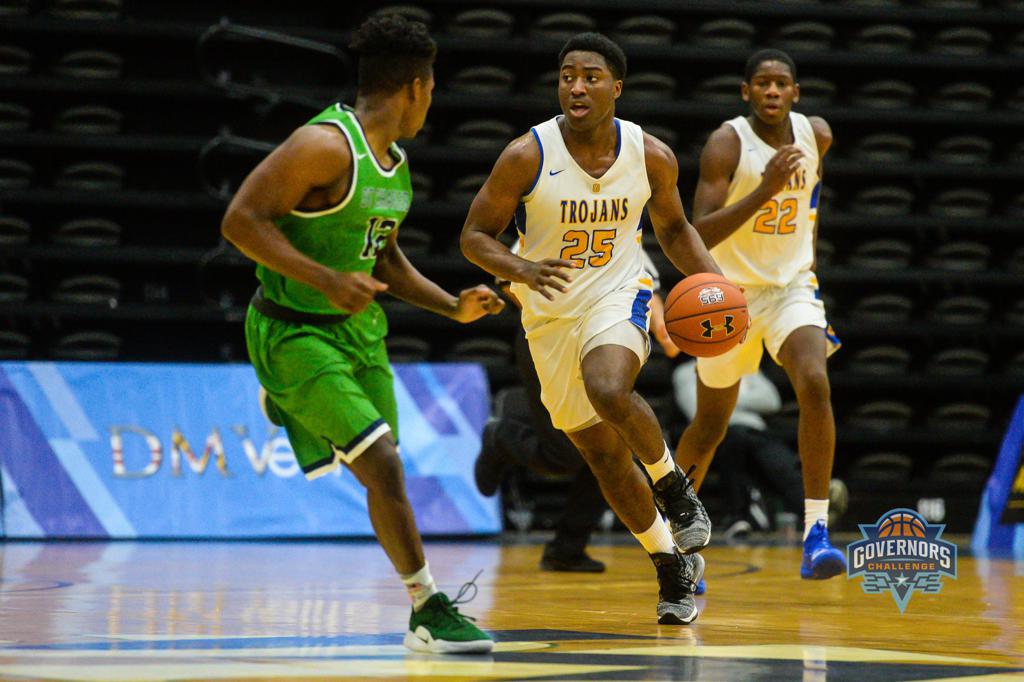 Gaithersburg (Md.) 2021 guard Jao Ituka burst onto the scene as a freshman, leading the Trojans to the Maryland 4A state semifinals.

He’s continued to develop into one of the area’s top guards - eclipsing the 1,000-point plateau as a sophomore - and this year has been no different. The physical 6-foot-1, 200-pound Ituka is a matchup nightmare for opponents, and is currently averaging 26.4 points, 9.4 rebounds and 3.2 assists per game going into Friday’s game at Seneca Valley.

A native of Cameroon, Ituka moved to the United States as a child. I recently caught up with Ituka to discuss his transition from soccer to basketball, his development, future goals, travel ball plans and more:

“My strengths are going to the rim and being able to get my teammates involved. One thing I know I’ve improved on a lot is my shooting. And I’m a pretty good ball handler; when teams come to press, you know, I can handle the ball.”

YOUR JUMPER HAS IMPROVED; HOW MUCH TIME HAVE YOU SPENT ON IT?

“Pretty much every day. To me it’s not about the time, it’s about the reps. As long as I can get in the gym and just put up a lot of shots and work on my follow through and making sure my form looks right, then that’s all that matters.”

WHEN DID YOU START PLAYING BASKETBALL?

“I started in sixth grade, but I didn’t really, like, take it seriously until seventh grade. That’s when I started playing for real and I realized the potential, so I’ve just kept working hard since then.”

“I grew up playing soccer. I never imagined myself even playing basketball; basketball was something that just happened, you know? It wasn’t planned; it just happened. The footwork from soccer [helps], but other than that, not a lot [carries over]. I just played it because I grew up in Africa. I still play, but I just had a better opportunity with basketball.”

WHEN DID YOU REALIZE YOU WANTED TO FOCUS ON IT?

WHAT IS IT ABOUT BASKETBALL THAT YOU ENJOY MOST?

“When it comes to basketball, it’s just something that I know has set me up [positively]. Playing basketball, I’ve been able to keep my grades up and stay out of trouble because I’m so focused on the sport. Just being able to do what I do basketball-wise, it makes me happy and it’s something that I don’t take for granted, because not a lot of people can do it at the level that I’m doing it at.”

“I had a dunk on somebody at Paint Branch - that was a good memory. And winning the regional championship my freshman year.”

“I like to work out. I like to watch shows, movies and just relax. Nothing serious, I just like to stay out the way and be in the house.”

“I love Anime. One Piece, Naruto, Dragon Ball Z - those are my favorite.”

HOW DO YOU FEEL ABOUT THIS SEASON SO FAR?

WHAT IS IT LIKE BEING THE FOCUS OF DEFENSIVE ATTENTION?

“For certain games it’s been tough, but other than that it’s just been something that I had to get used to. During games, teams are focused on me, so I have to be ready for that. Honestly, I just want to get better, you know? Every day and every chance I’ve got to just get in the gym and play, basically I‘m doing whatever it takes for me to get better.”

DOES  IT EVER GET FRUSTRATING?

HOW MUCH DOES YOUR PHYSICALITY HELP YOU?

“I think it’s a big advantage, because kids my age aren’t as strong as me, and with the advantages that I have being explosive and also being as strong as I am, it makes me have a little bit of an edge over my competition. It’s a good feature to have.”

“Everything’s going well recruiting-wise. That’s been something that’s always been in my head, like, what school am I going to go to and where am I going to end up for my college career. But at the end of the day, I’ve just got to understand that I’m going to go to a college where I’m going to succeed, I’m going to play my game the right way, and one day have my dream in the NBA. So no matter what happens I’ve got to just keep getting better, keep improving and keep being a better basketball player, because no matter what happens, my end goal is the NBA. So as long as I keep working hard, I’m going to reach that goal one day.”

WHAT ARE YOUR TRAVEL BALL PLANS?

HOW OFTEN DO SHOE CIRCUIT TRAVEL TEAMS CONTACT YOU?

“It happens very often. But like I said, it’s not about the team; it’s about the love and the surroundings and just understanding that Team S.T.A.T., they’re a family. Ever since I started when it was first called the Running Rebels, Coach Tree has always been good to me and he’s always told me I could do it and pushed me. My other coaches pushed me. It’s not about just going from team to team, it’s about being comfortable in an area where there’s a lot of love and compassion and everybody loves the game. We move as one - we don’t shy away from each other - and we come together and it’s a fun, happy family.”