The Clippers Clinched A Spot In The PG County Title Game. 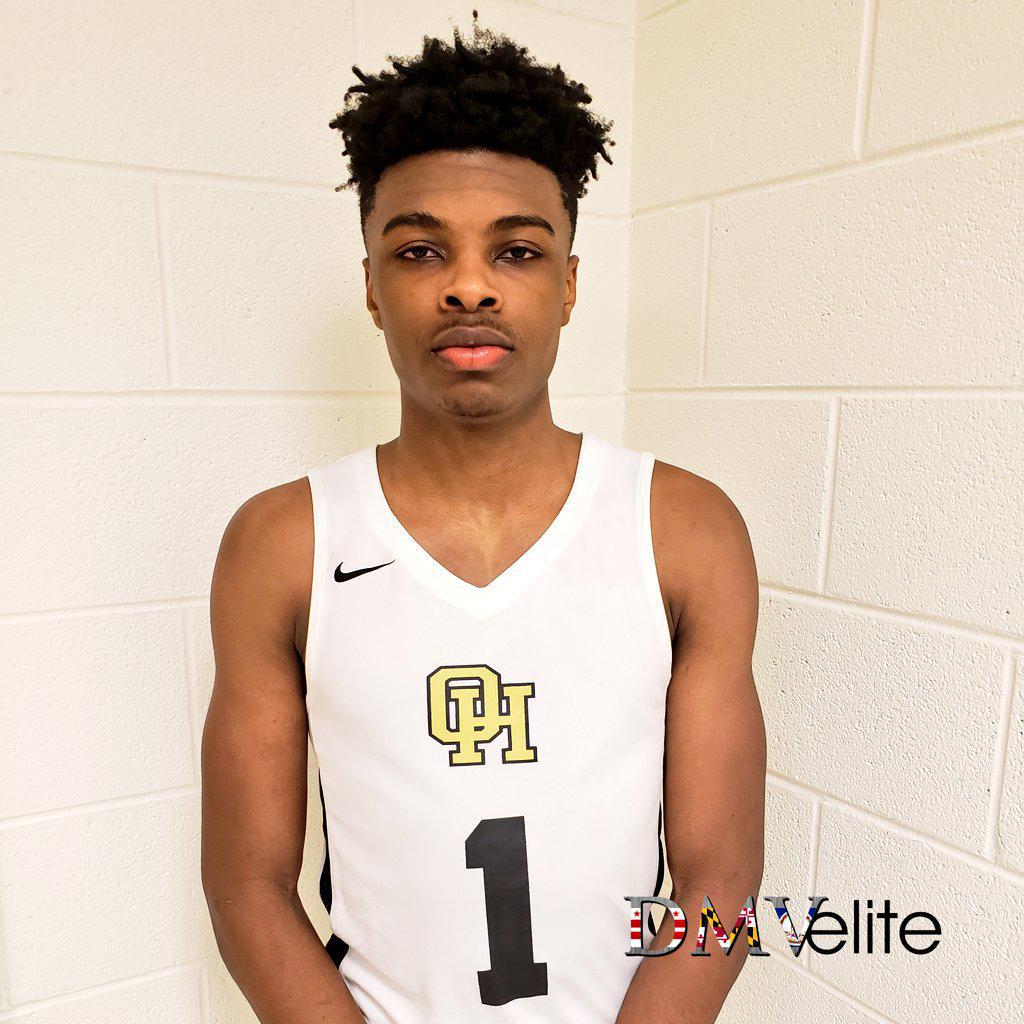 WHAT HAPPENED: Oxon Hill ran out to a big early lead and held off a late Potomac rally to beat their crosstown rivals 67-61 in front of a capacity crowd at Oxon Hill High School on February 20.

“It’s a rivalry game,” Oxon Hill 2020 guard Marlon Ellerbe said. “They’re, like, five minutes down the street so we all know each other, so it’s fun to come out here and compete and put on a show for the fans.”

The win earned Oxon Hill their first Class 3A/2A/1A title since 2010 and a spot in the Prince George’s County Championship at Wise High School next Wednesday, where they will face 4A winner Eleanor Roosevelt.

“Were just taking it one step at a time,” Ellerbe said. “I mean, we know they’ve got some good players and they made it to the County Championship, so they’re obviously good. We’ve just got to  be smart and stay to our keys and we’ll be successful.”

Potomac’s Kevin Dozier opened the scoring with a bucket just seconds after the opening tip, but it ended up being the last lead the Wolverines would hold. Oxon Hill went on a run to take a 15-3 lead before a 3 pointer by 2020 guard and Maryland football commit Corey Dyches stopped the bleeding.

The Clippers led 19-14 after one quarter, 33-26 at the half and 59-40 after three quarters. That’s when the Wolverines began to make a move behind star guard Dyches, and eventually closed the gap to 64-61 on a Duane Mason free throw with 59.2 seconds remaining.

It was as close as they would get, as Oxon Hill sealed the win at the free throw line.

“[The key was] Poise,” Oxon Hill coach Lewis Howard said. “We knew that they were going to make a run, and we knew that if we got up early, they don’t like to play from behind. So just managing the game - we had, like, four possessions where we were empty and they came back and made a little run. You can expect that from them; they’re not going to lay down and they’re going to fight every minute and every second that’s on the clock. We just made some timely shots and possessions down the stretch.”

2020 guard Ronald Polite had 23 points for the Clippers, who also got 15 points from Ellerbe and 13 from 2020 guard Malik Holland.

Dyches finished with 19 points for Potomac, while fellow 2020 guard Jordan Beckett had 14.

The George Mason-bound Polite put on a show with a game-high 23 points, and ignited the crowd with a one-handed poster dunk over a defender in the second half.

“Basically I saw him lining me up,” Polite said, “so I was like, ‘I’ve got to either finish over top of him or I’m going to get the foul. So I finished the play over top and that sparked a run for us.”

Polite has had a stellar senior campaign, earning PG County 3A/2A/1A Co-Player of the Year Honors earlier this week along with Potomac guard Corey Dyches.

The 6-foot-2 Polite committed to George Mason in July, and he said making the decision early has been a weight off of his shoulders.

“It helps me focus more,” he said. “I’ve got a clear head; I don’t have to worry about more [recruitment] stuff and all that stuff. So I can just keep a clear head and focus on winning each game.”

Now, he'll focus on trying to help the Clippers claim the PG County Championship before heading into the 3A playoffs.