The Stags finished off a dominant WCAC run. 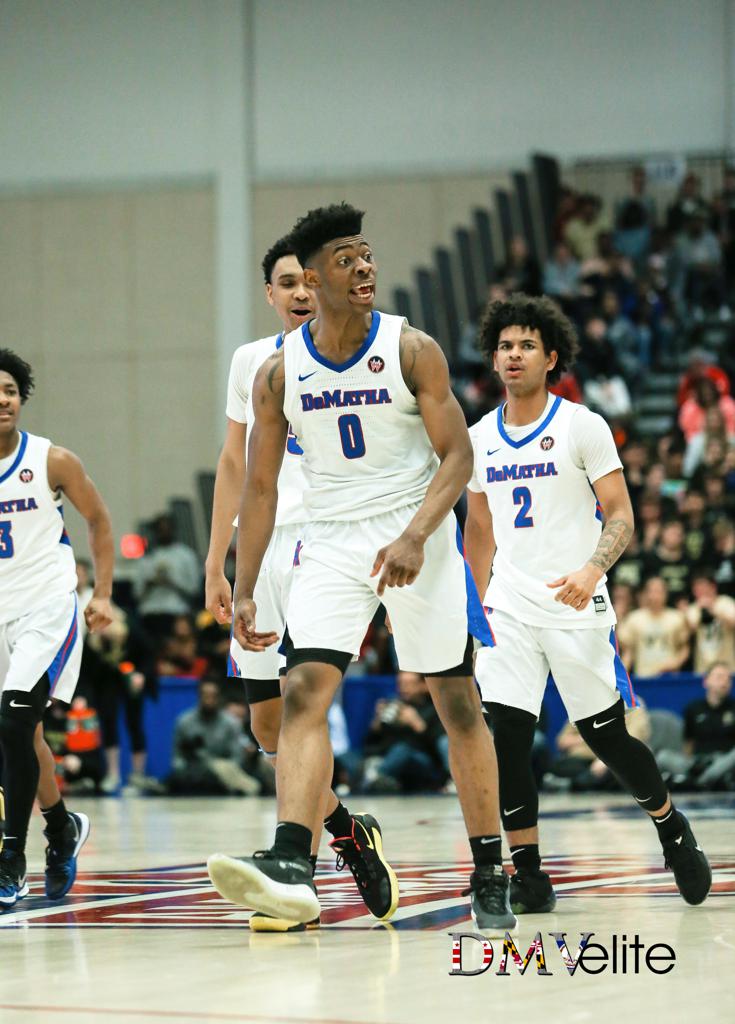 WASHINGTON, DC - As the final seconds ticked down in Monday’s Washington Catholic Athletic Conference final, DeMatha (Md.) 2020 guard Earl Timberlake dribbled out the clock and handed the ball to Stags coach Mike Jones as time expired, embracing him before going to celebrate with his teammates.

It was a great gesture on a night full of emotion and history for the Stags, who clinched their second WCAC title in three seasons with a 70-56 win over Paul VI (Va.) at American University’s Bender Arena.

The victory was the 500th of Jones’ coaching career, and gave the program its 41st Catholic League/WCAC title - and the first since the passing of legendary coach Morgan Wootten in January.

“First and foremost, I want to thank Coach Jones for allowing me to come here,” said Timberlake, who transferred in after spending his freshman year at Rock Creek Christian (Md.). “It’s a blessing to come to DeMatha - one of the best schools in the country. I put this jersey on with pride every game and I try to play my hardest.”

On Monday night that’s exactly what Timberlake did again, putting together a dominant fourth quarter stretch to effectively seal the victory for the Stags. The University Of Miami commit finished with 22 points, 9 rebounds, 6 assists and 5 blocks, and hit back-to-back 3’s in the fourth quarter to open things up after PVI trimmed the lead to three points.

“It’s my time, you know?” Timberlake said. “I feel as though when we’re down and we need a bucket, it’s my time to create the offense, if that’s scoring, or rebounding or guarding the best player.”

Timberlake’s ability - and willingness - to do it all has been invaluable for DeMatha since his arrival, and earned him some high praise after the game from Jones.

“Earl is the best defender in high school or college basketball,” Jones said. “He can guard every position, and with his toughness he’s like the big brother. If you're walking into a rough neighborhood, you want him with you - you’re a little bit tougher because he’s with you. When he’s not out there, we’re a different team.”

The win capped a dominant conference run for the Stags, who only lost one WCAC game during the regular season - the finale against PVI last week.

On Monday, DeMatha led 20-12 after one quarter and 34-29 at the half behind hot shooting from 2021 guard Jordan Hawkins. Paul VI 2021 guard Trevor Keels closed the third quarter with a buzzer-beating 3-pointer to cut the DeMatha lead to 49-41.

The Panthers began making their move in the fourth, and 2020 guard Jeremy Roach lofted a floater over 7-foot-2 2020 center Hunter Dickinson to cut the DeMatha lead to 51-48 with under six minutes remaining.

That was as close as they would get, however as Timberlake took over. His back-to-back 3’s gave the Stags a 59-50 lead with 3:41 to play.

“I know they’ve been trying to give me the open shot a little bit; I’ve been struggling versus them,” Timberlake said of PVI. “But I trust the work I put in - the late nights and early mornings - and I took the shots with confidence.”

The Stags began liberally substituting with a minute remaining, giving the team and its fans an opportunity to begin the celebration early.

“I mean, shoot, it’s way better than the first [championship] - the first one stressed me out til the end,” Dickinson said. “So it was really good to be able to celebrate it for more than just the end of the game.”

Dickinson said he felt defense was the key for his team in the second half.

Hawkins finished with 17 points for DeMatha, while Dickinson and 2021 point guard Elijah Hawkins had 10 apiece.

Keels and Roach each finished with 22 points for Paul VI.

Jones was emotional when asked about winning the title for Coach Wootten - his mentor and the man he took over the storied program from.

“I know that Coach Wootten is probably sitting with a glass of merlot in Heaven right now watching and just proud of us," Jones said. "Proud of the legacy he left - and not to make it sentimental or anything like that, because we try to represent him well every time we play - but obviously in the year he passes and not even a full month after he passed away, for us to be able to step up and have this, I feel really good about that and I know Coach is proud.” 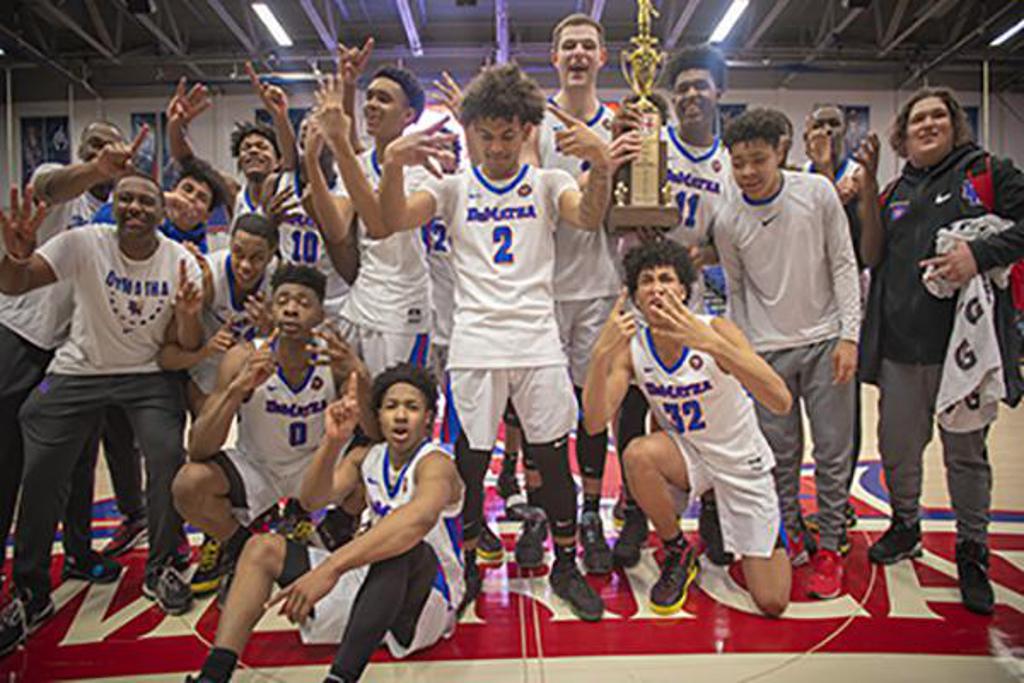