There is plenty of senior talent available for all levels. 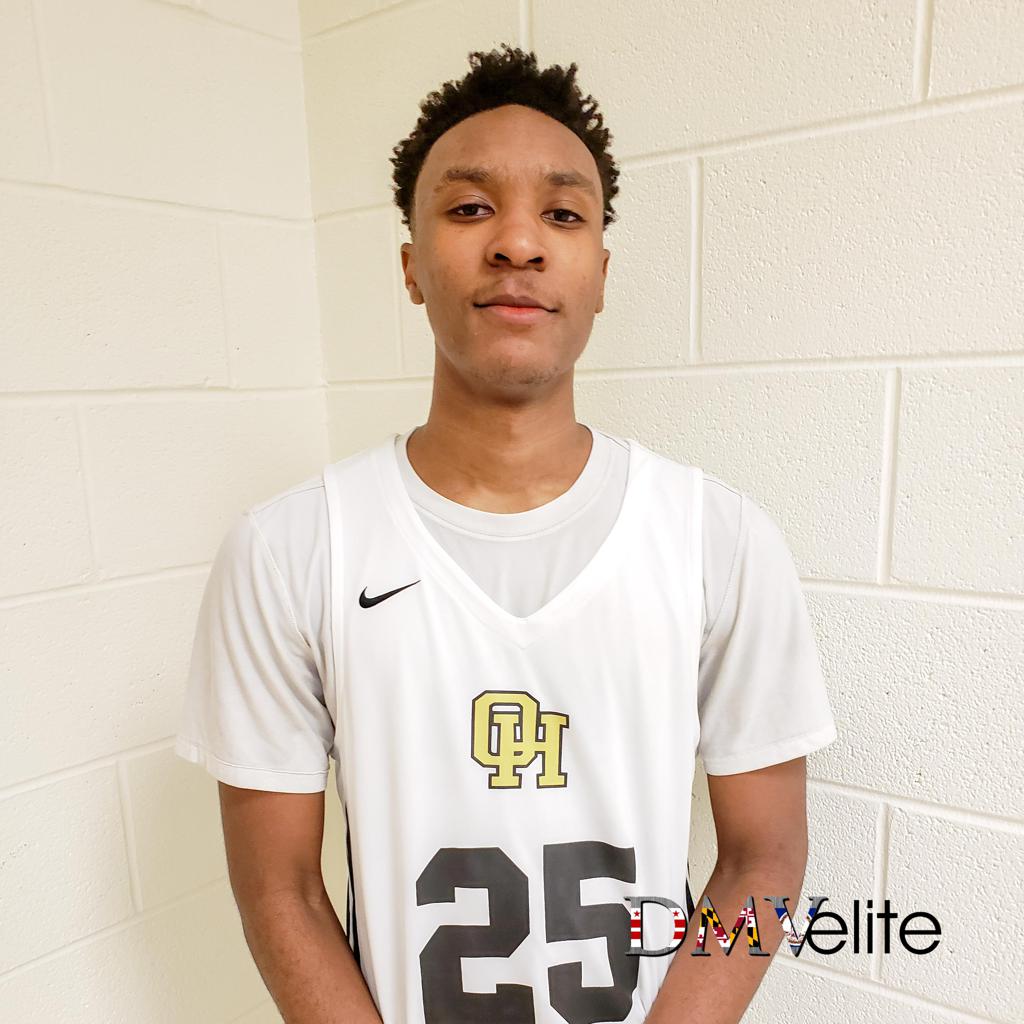 Oxon Hill (Md.) 2020 guard Malik Holland has broken out as a senior.

With the season continuing to wind down, here’s a look at a few more of the top uncommitted prospects in the 2020 class:

MALIK HOLLAND, OXON HILL (MD) GUARD
Holland has been a breakout star for the Clippers this season, emerging as a dangerous outside shooter to complement George Mason-bound star guard Ronald Polite.

“I’ve just been shooting my shot,” Holland said after a recent win. “Most of the time I was like, overthinking stuff, so I’ve just been playing this year. Just don’t think about it, just shoot.”

Averaging around 18 points per game on the season, Holland exploded for 41 points and hit 12 3-pointers - including 9 straight - in an 83-54 win over Crossland (Md.) two weeks ago, and has been a major part of Oxon Hill’s success this season. He has begun attracting attention from Division II and Division III programs, including Bowie State, Morehouse (Ga.), Penn State-Harrisburg, Randolph-Macon (Va.), Stevenson (Md.) and Thiel (Pa.).

Holland is also a standout in the classroom, boasting a 4.2 grade point average.

“[I’m looking for] Somewhere where we can compete for a championship and where I can get my degree in Electrical or Computer Engineering,” he said.

ABEL ELIAS, KENNEDY (MD) GUARD
The 6-foot-2 guard has broken out with several big scoring performances, including a 54-point outburst in a win over Northwood (Md.) in January. Elias picked up an offer from NAIA Washington Adventist (Md.) on February 18.

JOSIAH HARDY, GONZAGA (DC) FORWARD
The 6-foot-6 Hardy does a little bit of everything for the Purple Eagles, who captured the DCSAA Class AA Championship on Sunday.

Hardy holds a D-I offer from Howard with interest from Fairleigh Dickinson, and is being recruited heavily by Division III programs.

RAPHEAL ALLEN, SURRATTSVILLE (MD) GUARD
Allen and fellow unsigned 2020 guard Kyree Banks have helped give the Hornets a formidable backcourt. The 6-foot-3 Allen is an athletic and versatile scorer and a strong on-ball defender.

PHILLIP CARTER, WILSON (DC) FORWARD
A transfer from Good Counsel, the 6-foot-5 Carter helped the Tigers to runner-up finishes in the DCIAA and DCSAA tournaments. He has Division I interest from Radford.

KEJUAN FRAGER, WISE (MD) GUARD
Frager was known primarily as a scorer during his time at Central (Md.), about has proven to be a strong lead guard in his two years at Wise. The 6-foot Frager has been getting Division II and Division III looks, with D-2 Concordia (NY) among his strongest suitors.

KYREE FREEMAN-DAVIS, ROCK CREEK CHRISTIAN (MD) GUARD
Division II Bowie State is thought to be in the lead for Freeman-Davis, who starred at Bowie High School before transferring to Rock Creek for his senior year. He’s been a valuable piece for the Eagles, who will face Bishop Walsh for the Maryland Private School Championship tonight at Bishop McNamara.

OUMAR KOUREISSI, NATIONAL CHRISTIAN (MD) FORWARD
Robert Morris and Mount St. Mary’s have offered the 6-foot-9 Kouressi, who has helped anchor the interior for the Eagles.

JOEMEL MCNAIR, ELEANOR ROOSEVELT (MD) GUARD
McNair has been a key addition for the Raiders after transferring from St. Vincent Pallotti last summer. He has good size at 6-foot-3 and can defend multiple positions, and uses his size and athleticism effectively on the offensive end.  He was a Prince George's County 4A League First Team selection.

CHRIS MOSES, COOLIDGE (DC) FORWARD
The 6-foot-7 Moses was a difference-maker on the defensive end for the Colts with his ability to block/alter shots, and he made nice strides offensively.

JAHARI SIMON, ELEANOR ROOSEVELT (MD) GUARD
Simon is a strong shooter and defender who has carved out a key role with the Raiders. He has an offer from Division II Gannon University (Pa.), and should see his list expand if the defending 4A state champions can make another deep run.

DJ SLAUGHTER, ST. JOHN PAUL THE GREAT (VA) GUARD
One of the top scorers still on the board, the 6-foot-1 Slaughter averaged 22.8 points per game and put together several big performances this season, including 47 points in an 83-81 loss to Bishop Ireton and 39 in a loss to Flint Hill.  Slaughter can distribute and defend as well;  he would be a great pickup for teams lacking scoring punch.

MIKEY SQUARE, ST. JOHN’S (DC) FORWARD
The 6-foot-6 Square has good size and is a versatile defender who is being recruited by Canisius, Fairleigh Dickinson and Niagara, among others. He's improving on the offensive end and has nice touch around the basket and has increased his shooting range.

JOHN “MANZIE” WILSON, ST. JOHN’S (DC) GUARD
The cat-quick 5-foot-10 Wilson has been a key contributor for the Cadets since transferring in from New York before his junior year. He's been most heavily recruited by Fairfield and St. Peters.

WILL WILSON, SOUTH COUNTY (VA) WING
The 6-foot-3, 215-pounder earned Region Player of the Year honors for the Stallions, who open the Class 6 State Playoffs on Friday against Washington-Liberty at Robinson Secondary. A versatile playmaker, he uses his size to push past smaller guards on the perimeter and finishes strong near the basket. He’s receiving interest from Division III programs, with Virginia Wesleyan currently recruiting him the hardest.