The Eagles are headed back to the state semifinals. 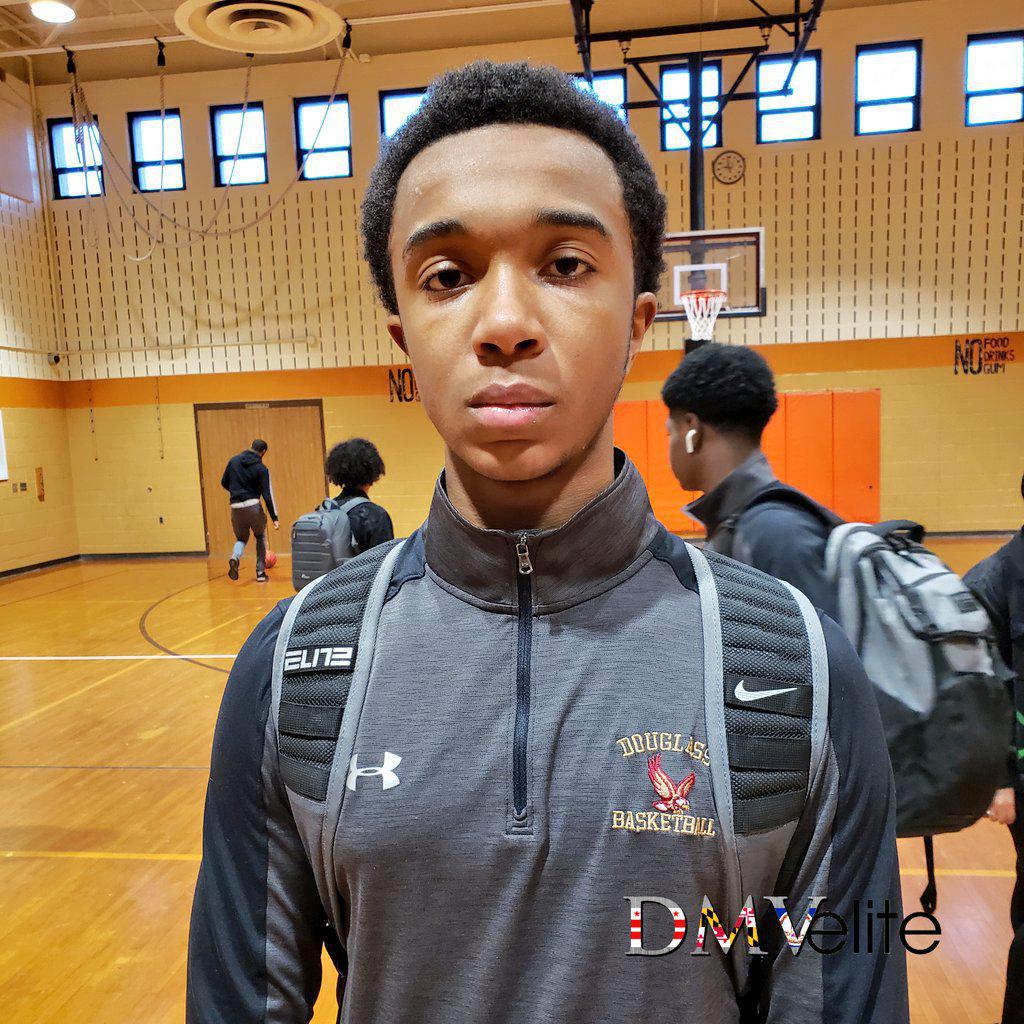 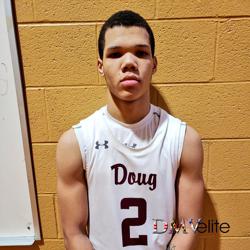 UPPER MARLBORO, MD - 2022 guard Mikhai Arnold started as a freshman on the Frederick Douglass-PG team that reached last year’s Maryland 1A state semifinals - an experience that he credited with preparing him for big moments in big games.

So when one such moment arose in Saturday's 2A quarterfinal against Thomas Stone, Arnold stepped up right up to make the biggest shot of his young career.

2021 guard Mike Woods found Arnold for the go-ahead corner 3-pointer with 20 seconds remaining in overtime to give the Eagles a 69-68 win over the Cougars, capping a 10-point rally and sending Douglass back to the state semis.

“Mike pushed the ball up the floor and he got doubled and kicked it to me," Arnold said, "and that’s something we practice in practice, so that shot was muscle memory. He had faith in me, and it went in.”

Woods had 25 points and Arnold 15 to lead the Eagles, who advanced to face No. 1 seed Wicomico on Friday at 7 pm at the University of Maryland’s Xfinity Center.

“We know they just beat Dunbar, which is a pretty good, scrappy team," Douglass coach Tyrone Massenburg said of Wicomico. "We’ll look at the film and try to get a good week of practice in. The kids are pretty hungry; when we left last year they were kind of upset when we lost to (eventual champion) Lake Clifton, so it's good to get back and hopefully we can have a better result this time.”

“We were here last year and we’ve got unfinished business at Maryland,” Woods said, "and that’s where we’re going next to get two more ‘W’s.’”

For much of Saturday's game, though, it didn't look like they'd get the chance. Thomas Stone (17-6) grabbed control early behind Leo Wilson, Jacory Wilkes and Tevin Vincent, building a 22-17 lead after one quarter. The Cougars went up 35-25 on a dunk by Wilkes with 1:26 remaining in the second quarter, and took a 35-29 advantage into the break.

“They just had more determination than us,” Arnold said. “They came out and punched us in the mouth and we had to regroup and they just kept hitting us. After that, we put our guard up and started punching back.”

The Cougars led 47-42 after three quarters, and that’s when Douglass made its move. The Eagles took a 48-47 lead on an Arnold 3 with 6:11 to go in the third, but Stone regained it on a 3 by Vincent. Douglass guard Derion Spencer then tied it at 50-50 on a floater and the teams exchanged leads several more times down the stretch.

Woods came up huge in the final two minutes of regulation. He drove to the basket and scored while getting fouled with 1:52 remaining, hitting the free throw to tie it at 52-52. He did it again with 40 seconds remaining to knot the score at 55-55.

The Eagles’ Darnell Snowden hit two free throws with 17.5 remaining to tie it at 57-57. Stone had a final look at the win but couldn’t convert.

Douglass star 2021 forward Abdou Samb had a rough night offensively, but scored off a feed from Spencer to open the extra period. Stone tied it up, but Woods converted yet another bucket-foul-free throw sequence to put the Eagles up 62-59 with 2:30 remaining.

Stone rallied to tie the score at 66-66 on a pair of Vincent free throws, but Arnold would respond with his deciding 3.

“I passed it to my man and I knew that joint was going in," Woods said. "I had faith in him the whole time. When I saw it leave his hand I was like, ‘That’s money,’ and he came through for us. I appreciate it.”

Thomas Stone called timeout with 10.8 seconds remaining and inbounded at halfcourt. A 3-pointer by Kire Hines fell short and Wilkes put it back in for an easy two, but Douglass never had to inbound the ball as time expired.

Hines and Wilkes each finished with 17 points for the Cougars, while Wilson had 15.

“We really didn’t do anything different game plan-wise,” Massenburg said. “I just thought that we got a couple more stops. We’ve been working on stops so much, and they were just making shot after shot. We were able to get some stops, but I mean, Thomas Stone played a great game - pretty much almost a perfect game. So that’s why this win feels so good, ’cause they played really well and we did not play our best. But we just wanted to advance and we had a strong will, so I appreciate the kids for playing hard and it was a great game. It’s too bad somebody had to lose it.”