Concerns over COVID-19 brought championship pursuits to a dramatic halt. 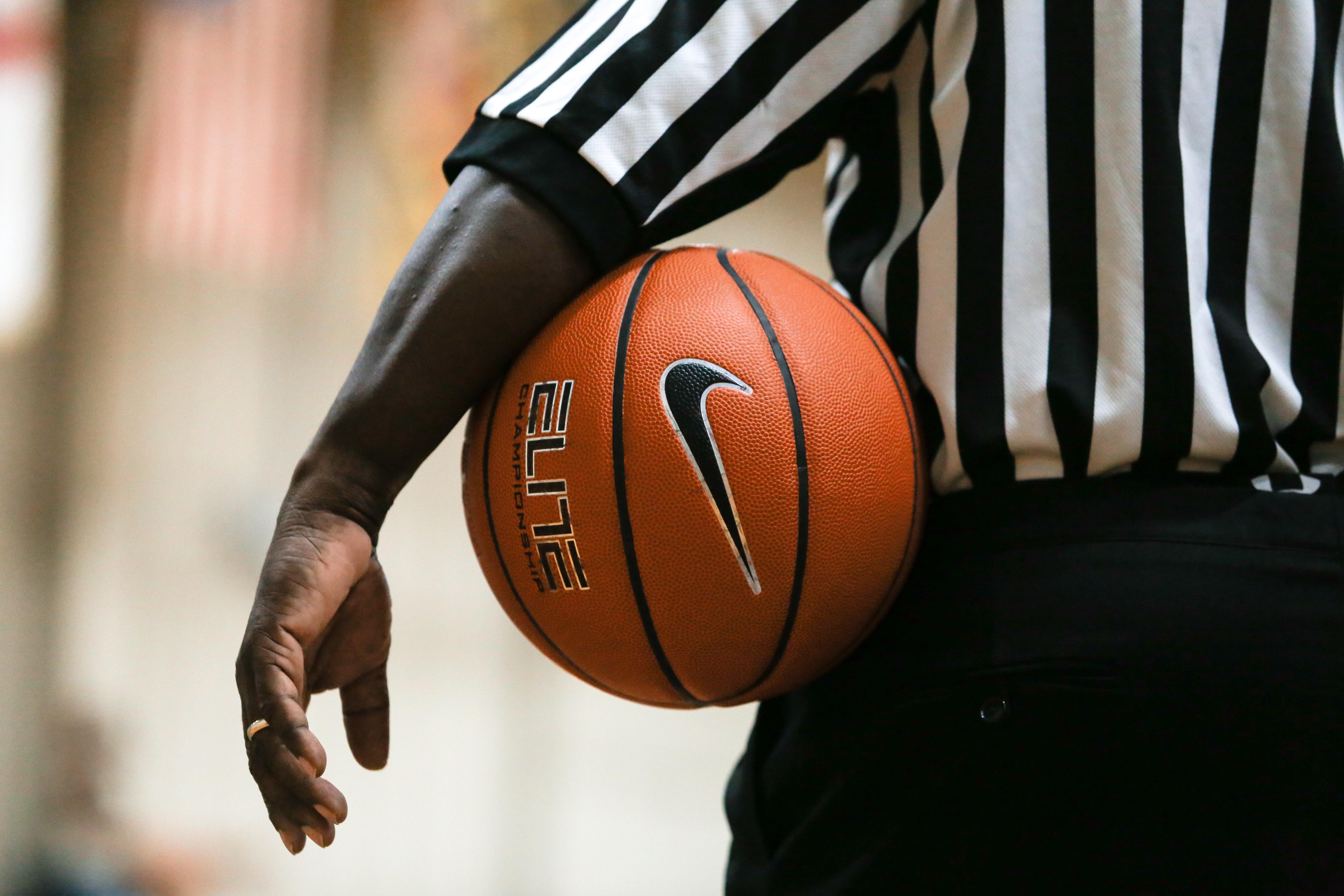 The path to championship glory was fully laid out for several area teams last week, with Maryland and Virginia mere days away from crowning their respective state champions.

And then - in the course of a 36-hour span as eventful as any in recent memory - everything changed.

Concerns over the pandemic novel coronavirus created a cascade of cancellations, postponements and contingencies that brought the sports world to a screeching halt and created a massive disruption of everyday life.

According to numbers from Johns Hopkins University, the coronavirus - and the disease it causes, COVID-19 - had been confirmed in all 50 states, with 7,324 cases and 115 deaths as of 1 pm March 18.

The Virginia High School League (VHSL) cancelled its Class 6, 5, 4 and 3 title games scheduled for last Friday and Saturday and named the finalists co-champions. Meanwhile, the Maryland Public Secondary Schools Athletic Association (MPSSAA) elected to postpone its semifinals and championships - boys at Maryland and girls at Towson University - until further notice, leaving open a small window of hope that they would be played, albeit a window that grows tinier with each passing day.

It’s left Maryland players and coaches stuck in limbo, with their title dreams held tantalizingly out of arm’s reach.

“You’ve just basically got to stay locked in,” St. Charles 2020 guard Tremaine Chesley said. “Regardless of if our season ends or not, we have seniors on our team that still want to play basketball at the next level, and you still need to stay locked in, workout, stay in shape; and if it does happen that they let us play again, then we’re going to be prepared and come to practice. I feel like we’ll approach it better and come in harder and practice more serious; we're not going to take it for granted because they could have easily taken it away from us, but they’re giving us another chance.”

That’s a chance Chesley's Virginia counterparts didn’t receive. A pair of all-Northern Virginia matchups were slated for the Class 6 championships on March 14 at Virginia Commonwealth University, with the South County and Centreville boys and Thomas Edison and James Madison girls facing off. Instead, those teams were each named champions.

“It’s hard,” said South County boys coach Mike Robinson. “It's one of those things where you didn’t lose, but you have an empty feeling. We didn’t get to finish the job that we started off and that we made our goal; that was our goal, to win it, and I thought we had a good chance to do it. At the end of the day, I guess we’re still state champs, but just not the way we wanted to be. And it hurt because I wanted to see my seniors play one last time. I’ve been with those kids for four years, and this is how we say our goodbyes.”

Concerns about the virus had already begun to affect the events last week. Both the MPSSAA and VHSL announced on the evening of March 11 that games would be played without spectators, with only parents/legal guardians, game officials and a handful of school administrators present. Earlier that day, the NCAA had announced a similar “closed gym” approach for its men’s and women’s tournaments.

“It was going to be weird playing without our fans and without the support,” Chesley said, “but [just] having our parents there, it wasn’t really going to change nothing, ’cause like our coaches said, ‘We don’t play for the crowd, we play for each other.’ So if we’re out there together and that’s all we’ve got, then regardless if nobody comes to the game, we’re going to still play St. Charles basketball and do what we’ve got to do to come out with the win.”

Unfortunately, things never got to that point. Matters made a seismic shift on the night of March 11, when an NBA game against the Utah Jazz and the Oklahoma City Thunder was cancelled and it was announced that Jazz All-Star center Rudy Gobert had tested positive for coronavirus. Within minutes of the news, the NBA suspended the season, and several major college conferences began announcing contingency plans for their tournaments.

The first domino to fall locally the following day was the prestigious Alhambra Catholic Invitational Tournament in Frostburg, Md., which was set to mark its 60th Anniversary. Malvern Prep (Pa.) pulled out of the 8-team field earlier in the week after it’s administration forbade travel, and was replaced by Rock Creek Christian (Md.). On the day of the event, though, several other school administrations began second-guessing, and by 10 am, the event was officially called off.

“When we got up there Wednesday night is when they announced Rudy Gobert had it,” St. Frances (Md.) coach Nick Myles said, “and I kind of knew: I said, ‘This thing ain’t happening.’ If we had known that a day before we would have stayed home; I mean once the NBA cancelled, how are the professionals going to stop and you’re going to have the amateur kids that are trying to get to that level and playing just for the love of the game not stop? So once the NBA stopped, it was kind of like a trickle-down effect and you kind of saw it coming.”

Myles said he was able to take comfort in the fact that his team got a chance to play for two titles, falling in the MIAA final before closing its season with a Baltimore Catholic League Championship.

“The kids were a little disappointed; that was something that we really wanted to do, with a Baltimore team not winning Alhambra in like, 25 years,” he said. “We thought we had a good chance of doing well - it was tough competition but we liked our chances. But like I said, I’m happy they got a chance to win a championship - that was something that nobody can ever take away from them.”

The Capital Beltway League was next - postponing its semifinal round at Riverdale Baptist - followed by the MPSSAA.

St. Charles coach Brett Campbell said he and his athletic director had been working through the logistics of the closed gym approach Thursday morning, and that the school had a pep rally scheduled for that afternoon before the team got on a bus to depart for the University of Maryland.

“We had been contacting the parents the whole day trying to get that squared away,” he said. “I’d literally just sat down to try to have a protein bar or something quick and my buddy said, ‘I don’t know if you’ve heard, but the college tournaments are starting to cancel,’ and as soon as he said that I got a bad feeling. I went down to meet with the AD and she was coming to grab me and that’s when we found out. So we went and took the kids into the library and told them; we were hoping we got to them before social media did.”

Initially, Chesley said he and his teammates didn’t think anything of the impromptu library meeting.

“I’m thinking, like, they had food for us so we’re just going to eat,” Chesley said. “So we got there and we ate, and he sat us down  and he was like, ‘I’ve just been updated that the game has been postponed, that’s all I know for now.’ That’s how he told us, and I could just see on some people’s faces that they were just shocked. Like, they really just postponed the game that we’ve been waiting for all year; we’re trying to finish our season off strong and it just messed it up and threw everything off.”

Poly (Md.) coach Sam Brand said his team was on the bus preparing to head to Xfinity Center for its 3 pm game against Northeast when his athletic director came on to tell him the news.

In Virginia, the VHSL announced that its Thursday schedule would proceed as planned, but said its Friday and Saturday games would be closed to the general public. As the day progressed, though, the chances of that happening began to dim.

“I was watching the St. John’s and Creighton game,” Robinson recalled, “and then when they went in at halftime and then two minutes later they said the game was suspended, I pretty much looked at a couple of my kids, like, ‘Yo, we might be in trouble.’ And then about five minutes later my AD called me and said they were canceling the game. So we were just looking at each other and the hard part was just telling the kids about it - that their season’s over without, you know, any closure to it.”

Robinson said he was told there were some efforts to get the game moved to Northern Virginia to get it in, but those never came to fruition.

In the end, last Thursday’s Class 1A boys title game between John Marshall and Gate City ended up being the final contest of the 2019-20 VHSL season.

All parties interviewed for this story said they understood the severity of the situation and the need to err on the side of caution.

“I’d go home and my wife would be talking to me about it and I’m like, ‘OK, well can you summarize what happened today?” Campbell said. “ You get caught up between teaching US History and film and getting into practice, so I just hadn’t been keeping up on it and it just kind of - I don’t want to say it snuck up on us, but it was just like, ‘Man!’ And especially when things just kept getting worse by the hour Wednesday night, where Rudy Gobert gets it and then Tom Hanks and then they cancel the NBA. It’s a unique situation and there’s no precedence for it. I just feel bad for the kids, but it is what it is.”

So now, they wait. Seemingly every day, though, the timeline for when the event might happen gets pushed back. Maryland Governor Larry Hogan’s most recent statement ordered “the prohibition of any social, community, religious, recreational sports, gatherings or events of more than 50 people in close proximity” in order to help curb the spread of the virus.

“We were told that the state has a few different things that they’re going to try to do,” Campbell said, “but you know, everything’s still up in the air because it’s tough to set something up for three weeks from now and then three weeks from now stuff’s still happening and people are still out of school. So basically we’re just going day by day prepared for anything, whether it’s all finished or whether we get a chance to play the games. You know, people who are much more informed about this, it’s their decision not mine; so we’ll go along with it.”

Despite the hiatus, Chesley said he’s been trying to stay focused - “I know they say they’re closing gyms, but I can still run my hills, lift weights and stuff like that,” he said - and hopes that he and his teammates will get a chance to close out the best season in school history on their terms.