Catching up with the Sidwell Friends 2021 Guard. 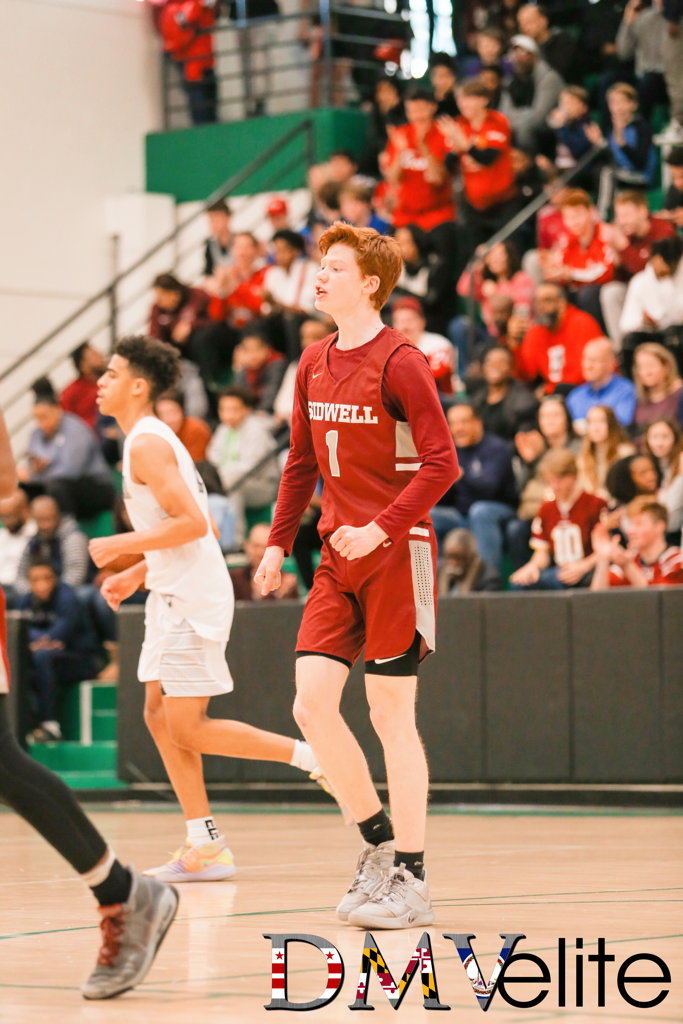 The 2019-20 season was one of change for Sidwell Friends (DC) 2021 guard Ryan Cornish, who transferred in from Richard Montgomery (Md.) last summer.

The adjustment was smooth, though, as the 6-foot-3, 160-pounder averaged a team-high 16.2 pointers per game to lead the Quakers to a 20-12 record and runner-up finish in the Mid-Atlantic Conference.

I recently caught up with Cornish to discuss quarantine life, his first year at Sidwell, his recruitment, goals and more:

HOW ARE YOU KEEPING YOURSELF BUSY THESE DAYS?

“I’m trying to make sure I work out and get up every day. I’m trying to work out early because I feel like that’s when I’m most productive. They took down [the rims at] our local park, but I found, like, a little elementary school with outdoor hoops so I go there everyday.”

HOW HAS IT BEEN TRYING TO HANDLE SCHOOL?

“It’s been pretty weird. I mean, this morning I had to wake up at 8 o’clock, but I only had to throw on a t-shirt and some shorts and go right to my computer. I mean, of course I want it all to go back [to normal] and I want to be able to play basketball, but I kind of like the online classes - I think it's kind of more convenient.”

HOW WAS THE TRANSITION TO SIDWELL THIS YEAR?

“It was definitely harder, first of all with the academics - Sidwell’s a really hard academic school. So I knew that was going to be hard and I had to prepare myself. Luckily coming in I already had a few friends here: Afamdi Achufusi, Max Freishtat - I’d played AAU ball with them since like third grade, so they helped me adjust. Everything’s going pretty well now, I like it. And on the basketball side, it’s a lot more workouts and a lot more dedication to actually getting better. Other than in-season we’ve got workouts, open gyms, lifts, whereas at RM we had maybe some workouts outside of the in-season, but there's not much they can do.”

HOW DID YOU FEEL ABOUT HOW YOUR SEASON WENT?

“I mean, I’m definitely not satisfied, you know? First thing’s first, I wanted to get that [Mid-Atlantic Conference] championship and I feel like we should have got that. We had the chance to beat St. Andrew’s [in MAC Final] and then later on Wilson [in the DCSAA playoffs] and I don’t know, I’m just a little disappointed in that, but it’s more fuel to the fire. And then personally, I felt like I played pretty well. I feel like I deserved a few more accolades, but I don’t really care about that. As long as my team’s winning, that’s all I care about.”

DID YOU STAY IN TOUCH WITH YOUR OLD TEAMMATES DURING THEIR PLAYOFF RUN? [Richard Montgomery reached the Maryland 4A semifinals before the season was stopped.]

“Oh yeah, for sure, I’m still close with all of them. I actually went to the regional game that they won - I’m still close with all those guys. I think they’ve kind of given up their hopes [of finishing it]; I think they’re disappointed. I mean, I feel bad for them, honestly. I couldn’t imagine having a season ending without losing or winning a championship, so neither one of those? I can’t imagine.”

“I think my best strength is my 3-point shooting. I think I take into account my range, and my percentages were pretty high this year. And I think something that’s been coming up is my accountability and my leadership. I feel like I’ve been more vocal on the court, and I’ve been trying to focus on that. I think I’ve taken my defense to another level, but I still want to take another step up to be, like, an elite defender, which Coach [Eric] Singletary’s really helping me out on. I think I’m really good at taking charges, too - that’s one of my more specific areas on defense where I take pride in.”

HAS THAT ALWAYS BEEN THE CASE?

“I don’t really know; I think taking charges came out of nowhere during high school, in more, like, serious basketball. I mean, I still take charges in AAU, but I feel like in high school with the stakes higher, I’m just more passionate about the game and more dedicated to winning, and I do whatever my team needs me to do.”

HOW ARE YOU FEELING ABOUT THE POSSIBILITY OF NO TRAVEL BALL?

“I just want a chance to play in front of [college] coaches. I mean, it’s really disappointing to have my last AAU season taken away, but hopefully something will happen with that and it'll be made up but I don’t know. First of all I’m grateful for all of the opportunities I already had, so I can’t really say I’m not lucky or I’m not fortunate. I’ve had a lot of chances in my life, but [it’s tough].”

“I’ve been talking to a lot of the Patriot [League] schools and a bunch of the Ivy [League] schools. Also, with this new, like, stuff where they’re talking about making the tests optional to get into school so I don’t know if the ACT or SAT stuff matters now going forward. But the few schools are Yale and Lafayette are heavily interested - Army reached out today. Mainly the Patriot and Ivy Leagues have been reaching out.”

“I want to be able to play basketball seriously, of course. I want a good program that develops players and looks forward to helping them on the court and off the court. And then a good school with academics, too.”

“I like hanging out with my family and playing a bunch of family games. I play a bunch of video games; I mean I like 2K.”

WHO IS YOUR TEAM ON THERE?

“The Trailblazers - I like Dame [Lillard]. In real life I like the Wizards but I can’t play with John Wall because he’s hurt. John Wall’s probably one of my favorite players - I mean I don’t play anything like him, but [still].”

“I used to swim and I played football for a little bit. Those are like the two other serious ones I used to play, but once high school came I kind of focused on basketball.”

WHAT DO YOU ENJOY THE MOST ABOUT BASKETBALL?

“I kind of just love the game, I don’t know. I’ve always been passionate towards it and always wanted to do better and like, outwork the other people. It just came to me.”

“I’d probably say my buzzer-beater against Gaithersburg [in 2019], that’s been my biggest moment so far. I really enjoyed that one. That was my biggest buzzer-beater shot ever - I mean, it was kind of like a lay-up/floater but it was the biggest game of the season. It’s every kid’s dream.”