The Highland (Va.) Star's Recruitment Has Taken Off This Spring. 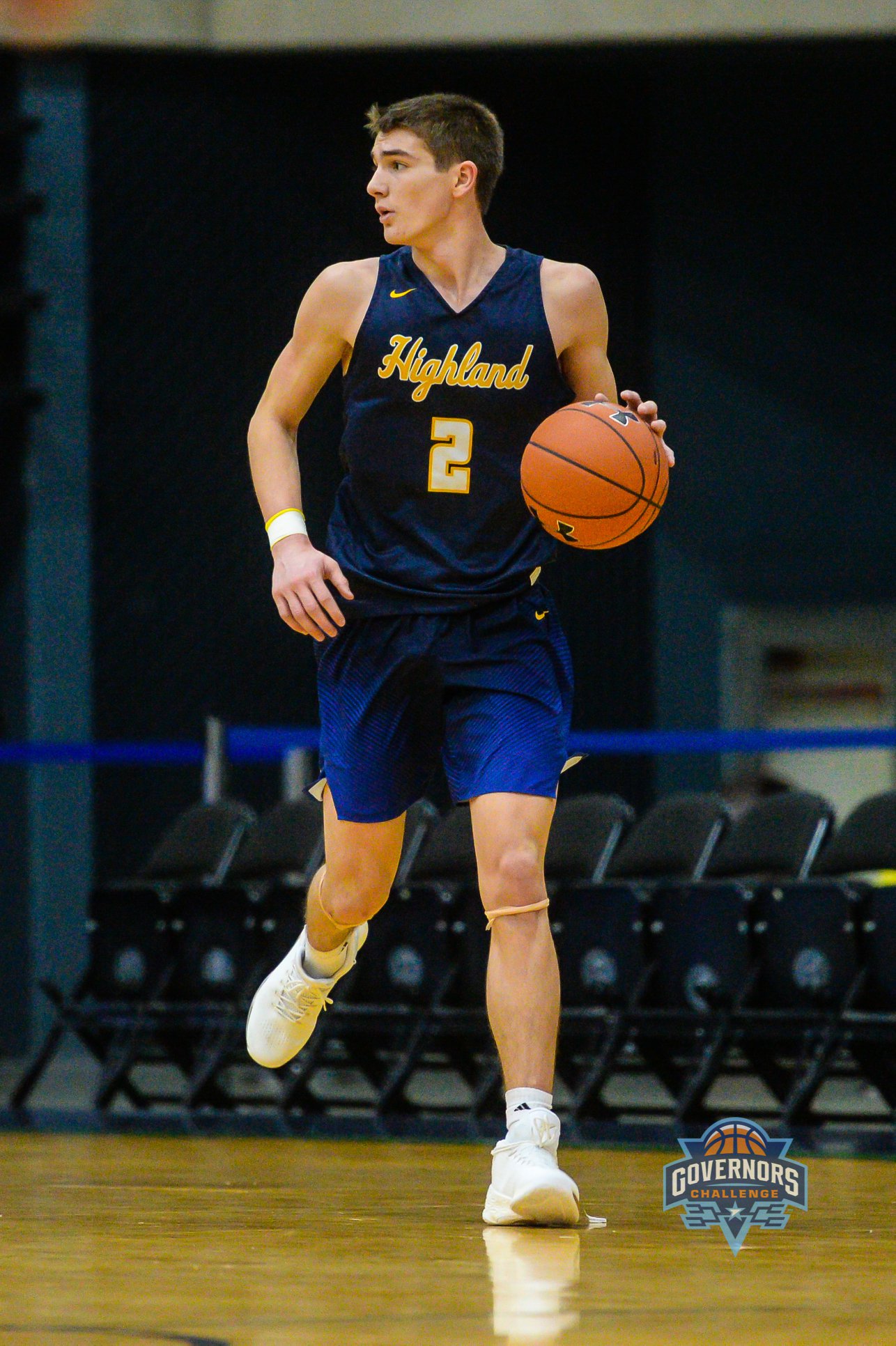 Angelo Brizzi at the 2019 Governor's Challenge in Salisbury, Md.

Angelo Brizzi hasn’t played a game since February 28, but that hasn’t stopped him from having perhaps the most successful spring of any player in the DMV.

The Highland School (Va.) 2021 guard has seen his recruitment explode in the past two months, picking up scholarship offers from Arizona, California, Colorado, Georgetown, Iona, LSU, Michigan, Northwestern, Villanova and Wake Forest since the beginning of April.

So, what’s led to the influx of high-major Division I offers?

“I couldn’t even tell you to be honest,” Brizzi said this week. “It kind of just happened, and it's really - I mean, especially with no AAU - kind of almost out of nowhere.”

Well, not completely. The 6-foot-4, 175-pound Brizzi already had an extensive list of mid and low DI offers coming into the spring, so he wasn’t too concerned that the coronavirus-related fracturing of the travel ball calendar would hurt his recruitment.

“A lot of the mid-majors that have already offered me, they have really good programs already,” he said. “So I wasn’t really stressing about getting any high majors or anything, because I was already happy with what I had.”

Even though his offer list has taken a new trajectory, Brizzi said it won’t affect his approach to making a decision.

In the meantime, Brizzi finds himself in the same situation as every player who has had their normal routine thrown into disarray by the coronavirus.

“I’ve been stuck with the online classes so I’m doing those,” he said, “but then outside of that I’m still lifting a couple of times a week with my strength guys, and there’s a court open across the street that they haven’t shut down yet, so I go there every day with my Dad and we shoot.”

That work helps, but Brizzi admitted it doesn’t compare to the travel ball environment. He was going to run with Steph Curry’s new Team Curry program on the Under Armor Association before play was indefinitely postponed.

“It’s killing me and I think it's killing everyone else,” he said of not playing. “Just going out there and getting to play against different teams from across the country, that’s just one of the funnest things possible, and now we’re not getting that. Everyone just wants to play AAU and so we’re all missing it. I don’t know if it's hurting any of us development-wise, ’cause if anything it’s just more time to work on skills and stuff which isn’t bad. But we’re all missing it for sure.”

Brizzi averaged 20.3 points, 6.6 assists, 4.2 rebounds and 3.2 steals per game while leading the Hawks to the Delaney Athletic Conference regular season and tournament titles. Highland advanced to the semifinals of the Virginia Independent Schools Athletic Association Division II semifinals before falling to Norfolk Collegiate, 75-71.

“It was a great season all-around,” he said. “It was the best season in school history and I think I had a pretty good individual season as well. The way it ended obviously stung - we thought we should have been in that championship game, and we think we were the best school to probably have a chance to beat [eventual champion] Blue Ridge, but we got bounced out early and the goal is to be there next year.”

As he gears up for next season - and hopes for a shot at a rescheduled and abbreviated travel ball circuit - Brizzi has been in virtual contact with his new suitors.

“I’ve been doing all the Zoom calls with different schools,” he said. “You’re getting to just connect with coaches - through phone calls as well, not just Zoom calls - and you're talking to coaches more, which is good because you're going to be spending four years with the coach wherever you go. So it's good to get to talk to them more and get a feel for them and know the person, not just the coach. You’ve got to hang around them off the court, so it's good to connect in that aspect.” 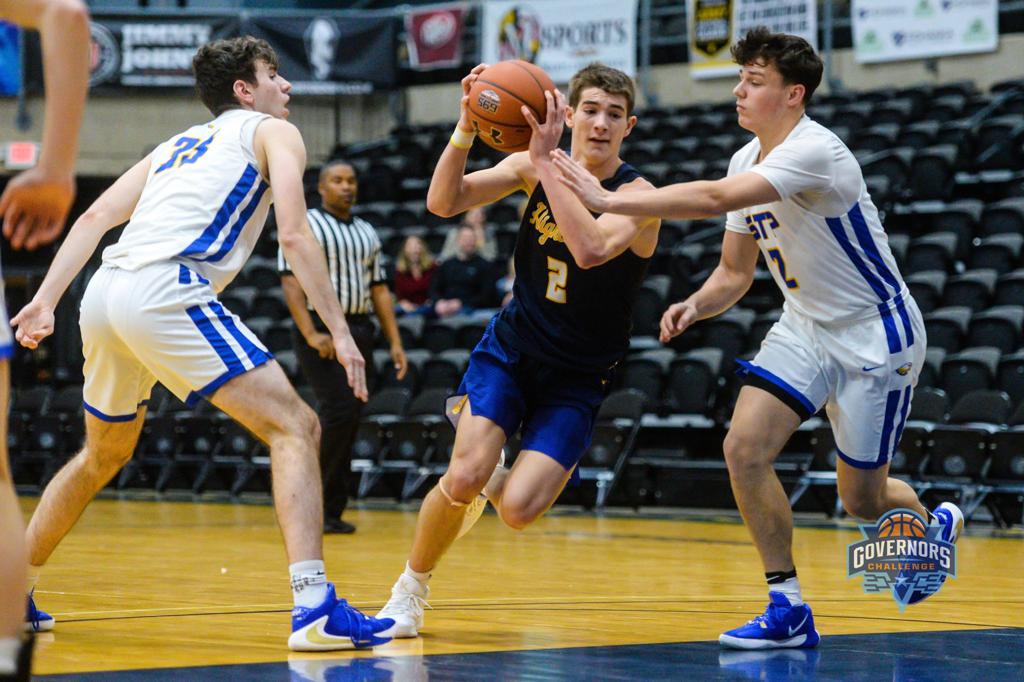 Angelo Brizzi drives to the basket at the 2019 Governor's Challenge.