The 2021 wing had a very productive first season at Episcopal (Va.). 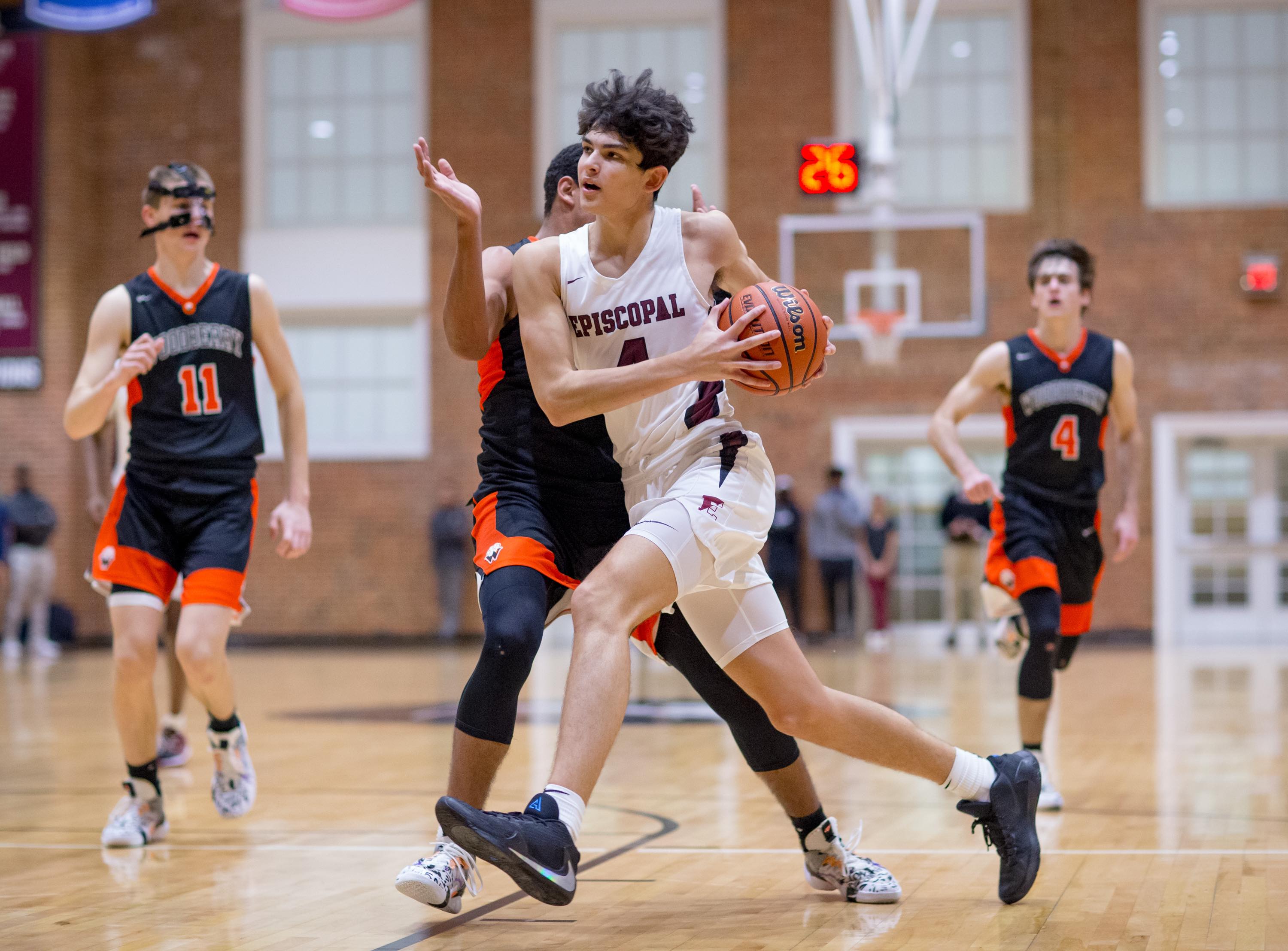 It didn’t take long for 2021 wing Garrett Johnson to make an impact after transferring from Oakton (Va.) to Episcopal (Va.) last year.

DMVelite caught up with Johnson to discuss his junior campaign, recruitment, goals, staying in shape during the pandemic and more:

HOW DID YOU STAY IN SHAPE DURING QUARANTINE?

“Luckily I still have a gym - Evolution Training is like 10 minutes away from me - and they still allowed some of us to get in the gym. So I had a key and I can get in there pretty much 24-7 and get a lift in or get shots up or whatever. So that’s been my biggest thing -  just getting in there almost every day.”

DO YOU THINK THE LACK OF GAME ACTION WILL HURT PLAYERS?

"Yeah, definitely. I think for sure once we get back into a game-type environment, everyone’s going to be a little rusty. When you don’t have that practice at game speed with other people on the floor, it's definitely different - like, a lot different - but you’ve just got to deal with what we have at this point and just work on our skills.”

“We did online Zoom classes every day but we’re done now. It was interesting; it was definitely an adjustment the first couple of weeks doing it, because the teachers were trying to figure it out, too. But all in all, it wasn’t too bad.”

WHAT WAS YOUR REACTION TO THE EYBL CANCELLATION?

“It definitely was tough. When you put in all the work for it and you're just thinking about all the sessions we were going to have playing back with Takeover again, I was excited to get on the 17U Circuit and play in those events and Peach Jam in July. So it was definitely tough to hear that and I’m hoping we get something in August or September. It was tough.”

HOW WAS THE TRANSITION TO EPISCOPAL?

“When I first got there, there were  a lot of things that I had to adjust to, like going to a boarding school and living on my own, being with completely new people. But once we got workouts going and we got into the season, I just saw, like, myself improve everyday with better coaching and being surrounded by better players and playing better competition. So it was a great environment for me to be in just to be able to work on my craft and try to stay away from distractions.”

HOW LONG HAD YOU BEEN THINKING ABOUT THE MOVE?

“I definitely thought about it like my sophomore year at Oakton, but then I went back for my junior year because I wanted to really kind of, like, make my mark first there and be able to have a good season. And then after my junior year at Oakton I was talking to my parents about it and we thought it would be the best move just to one, get my body more mature because I was kind of a late bloomer - and just to really get bigger and grow into my body and then just work on my craft so when i get to the next level, I’m able to make an impact from Day 1.”

HOW DO YOU FEEL ABOUT YOUR RECRUITMENT?

HOW ARE YOU ENJOYING THE VIRTUAL VISITS?

“Honestly it’s definitely not, like, ideal, but it's kind of been interesting to see what coaching staffs are putting in the effort to make something like a virtual-type visit for me. They’ve definitely been creative with it and there’s been some cool things they’ve been able to do, but it’s definitely not the same as being on campus and being around the team and stuff.”

“Definitely a school where I’m getting a good degree - academics are definitely important to me and my parents too. And then also a place basketball-wise where I feel like I’ll fit in their style of play, and a school where I have a good relationship with the coaching staff and I feel like they're going to develop me and be able to get me to the best version of myself and get the most out of my potential.”

“Number One would be my versatility on both ends. Just being kind of a bigger guard at 6-6, 6-7, I’m kind of a matchup problem because if you put a big on me I’m able to get to the rim, and if it's’ a little guard I ‘m able to shoot over or post up and use my height to my advantage. So definitely my versatility is the biggest part of my game that college coaches like, and that’s the best part of my game, I would say.”

“Yeah I grew up playing some football too, but I found out early that basketball was my game, not football. But me and my older brother [Braeden], ever since we were two, three years old have been dribbling a rock and shooting.”

WHAT DO YOU ENJOY MOST ABOUT THE GAME?

“I would say it’s like, the competition. It doesn’t matter where you come from or who you are, if you have five guys on the floor, you’re just trying to win a basketball game and everyone’s competitive, and that kind of competitiveness of the sport is what drew me to it initially. I’m just trying to be the best at, so that’s definitely my favorite part.”