Some of the standouts from the first two weeks of action. 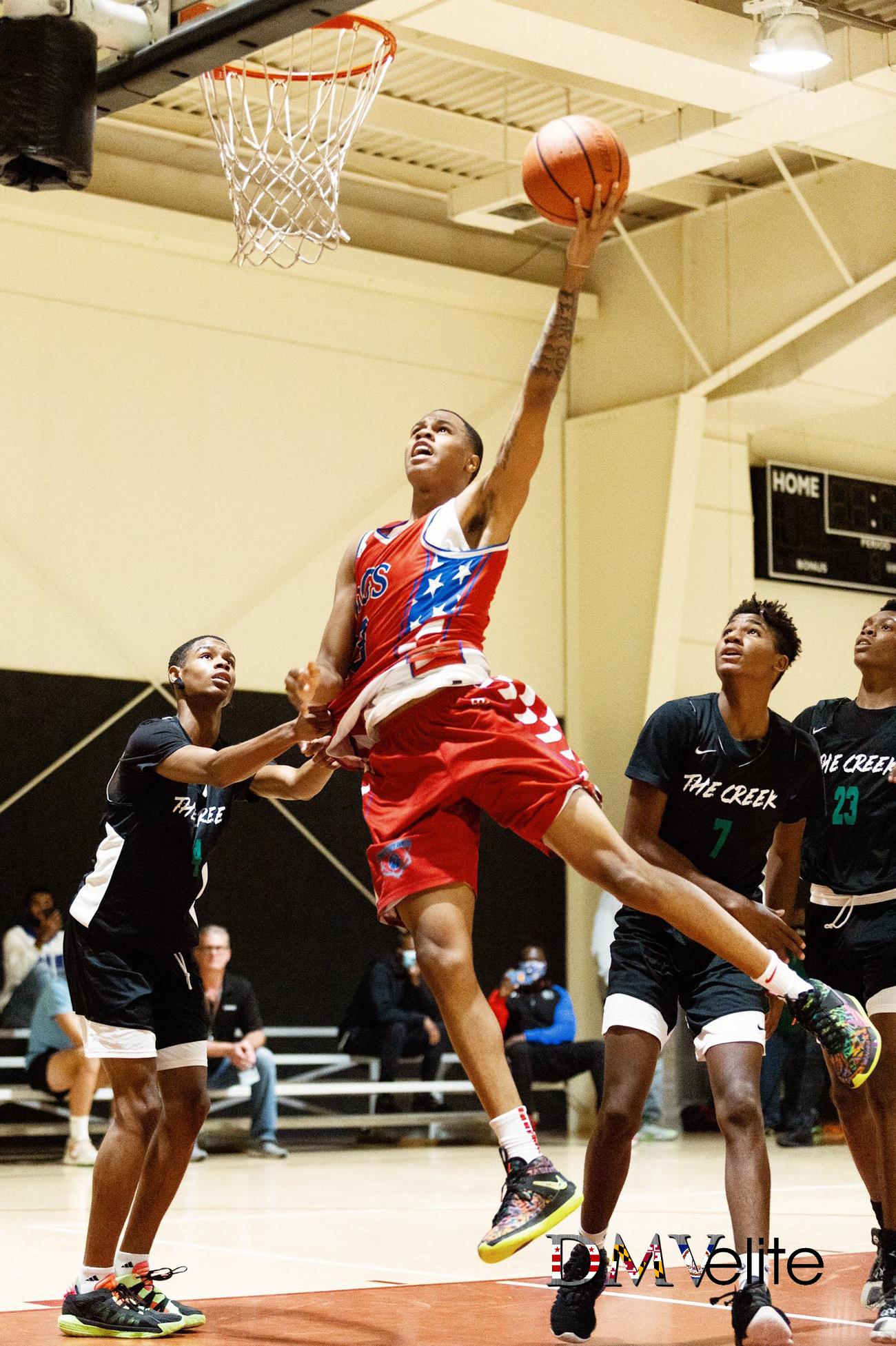 Here’s a look at some of the top performers through the first two weeks:

JORDAN HAWKINS, DMV STAGS
The Connecticut commit made a cameo appearance in the Stags’ October 16 victory over Rock Creek National, finishing with 20 points and 5 assists. He scored or assisted on the final 12 points of the game to close out the victory.

The DeMatha (Md.) 2021 guard has an offensive game reminiscent of a Rip Hamilton, and has grown more aggressive and confident in absorbing contact and getting to the basket.

BARRY EVANS, DMV STAGS
The Poly (Md.) wing looks to be filling out his frame. He has been in the weight room and has grown an inch to a legit 6-foot-6. He has Improved his overall floor game offensively, and is a long rangy and disruptive defender.

JAKE KOVERMAN, DMV STAGS
Koverman (Southern 2021) is coming back from a knee injury that cost him his junior season and has returned to form in impressive fashion. He is still regaining athleticism but the feel for the game is there, and he hits shots at a high level.

TYE THOMPSON, DMV STAGS
The 6-foot-1 Thompson (Bishop Ireton 2021) is a really steady point guard who runs the team well and makes plays for teammates. He’s a solid perimeter scorer and finisher at the rim.

JAKAI ROBINSON, ROCK CREEK NATIONAL
The University of Miami commit has all the tools, and showed why he’s one of the area’s top prospects. He’s still more of a combo guard, but is a playmaker who makes his teammates better. He scores it with ease and is a lockdown defender on the other end.

FAVOUR AIRE, MUSTANGS
The Bishop McNamara (Md.) 2022 star big man runs the floor hard every time and has turned the corner in becoming a consistent low post scorer. He had one of the major highlights of week 2 with a dunk against multiple defenders.

ROMAN CANNUSCIO, LANHAM CHRISTIAN
Cannuscio erupted for 35 points in a 62-43 win over Brothers United on opening day, draining a number of high difficulty daggers. The former Blair (Md.) guard now attends Liberty HS in Nevada. He currently has no offers but should be considered a prospect for schools looking for a shooter.

RONNIE DAVIS, KOA ELITE
Davis has been one of the league’s most consistent scorers so far, going for 20 points in a win over Marrick Homes and 17 (to go with 6 rebounds and 5 assists) in a tough 49-45 overtime loss to WDC Bears. A scoring guard with good instincts, he makes tough shots and finishes well through contact.

KAMERON MARTIN, KOA ELITE
Martin is a scrappy guard that can make the open shot. He showed good defensive instincts and played the passing lanes well.

BEN WILLIAMS, THE FAMILY
The St. Mary’s Ryken (Md.) 2021 guard had an impressive showing with 18 points and 8 assists against Rock Creek National. He handled Rock Creek’s defense very well and caused a lot of problems playing the passing lanes.

SAVEON JACKSON, WDC BEARS
Jackson (KIPP 2021) continues to be one of the elite finishers and perimeter defenders in the DMV. He has become visibly stronger and  more effective at the point guard position.

RASHEED DUPREE, WDC BEARS
One of the top floor generals in the DMV, Dupree (KIPP 2021) teams with Jackson to form one of the best defensive backcourts in the area. He’s showing an improved ability to finish in the paint.

MOE JOHNSON, DMV T-WOLVES
The Cesar Chavez (DC) 2021 wing is one of the best natural scorers in the DMV, and he continues to grow as a team leader, He hits tough shots with regularity, highlighted by a buzzer-beating 3-pointer to give his team a 45-42 win over Metro Celtics on October 10. He finished with a game-high 20 points.

RYAN ARCHEY, YELLOW JACKETS
Archey may not be the biggest name, but he’s got a whole lot of game. The Gwynn Park (Md.) 2022 guard scored a game high 30 points in a loss to a strong DC Evolution squad. D2 coaches should be all over him.

TY BEVINS, YELLOW JACKETS
Bevins is just really beginning to garner attention but will be a prospect to track. Standing at 6’5 with an advanced feel for the game, the Gwynn Park (Md.) 2024 guard plays on or off the ball equally well.

DARREN BUCHANAN, DC EVOLUTION
The Wilson (DC) product is a big bodied athletic forward who is best playing downhill. His perimeter game is still approving but he has emerged as a strong Division I prospect in the 2022 class, with recent scholarship offers from Rutgers, Virginia Commonwealth and Xavier, to name a few.

ZAY BROWN, DC EVOLUTION
The Wilson (DC) 2021 combo guard is undervalued but makes winning plays. He scored 14 points in a win over the Yellow Jackets.

CONNER LAWRENCE, DC PREMIER 8TH GRADE
Lawrence is a good-sized guard who looked good in transition and can hit the open shot. He finished with a strong 14 points in a win against Rock Creek Christian in the season opener.

DAVID GYASI, ROCK CREEK CHRISTIAN JV
Gyasi is an athletic face up forward who has a decent touch around the rim and a good nose for basketball. He finished with a team-high 13 points in a loss against DC Premier 8th Grade.

JACOB WALLACE, WE R1 2025
Wallace is a tough lead guard that defends, makes plays and finishes in the paint. He finished with 17 points, 8 steals and 4 assists in a 44-24 opening win over Prospect U.

CHARLES THOMAS, WE R1 2025
A long and athletic swing man that is very active on defense. Thomas finished with a double-double of 10 points and 10 rebounds in a win against Prospect U.