Prather Settling In At Bishop Walsh

The high-scoring 2021 guard is adjusting to increased competition. 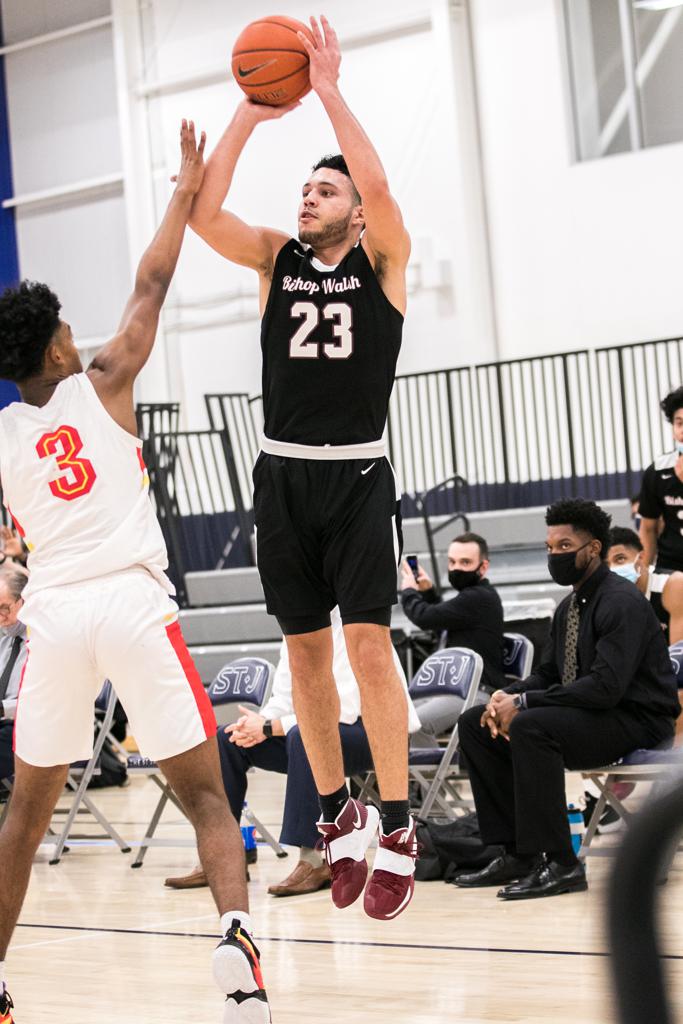 Prather transferred from Clarksburg to Bishop Walsh this summer.

In search of more exposure, Prather transferred over the summer to Bishop Walsh (Md.) for his final season, giving him an opportunity to gauge himself against a higher level of competition. He’s gotten more than his fair share of the latter in the last few days, as the Spartans have faced off against four straight nationally-ranked teams in the National Interscholastic Basketball Conference Invitational at The St. James.

“It's been different because the competition level is very high over here,” Prather said. “And also, everybody here is a really good athlete - a D-I athlete - and at a public school they really don’t have too much of those. So here we all have to learn to play together more and be more vocal. That’s the biggest thing - to talk more on offense and defense.”

Prather’s communication skills were on full display against La Lumiere last Saturday, as he worked on both ends to help his teammates rally before they ultimately fell short.

“He’s playing hard,” Bishop Walsh coach Dan Prete said. “I think him getting a chance to see the national level, it takes a little time to adjust, but you can see that he’s starting to figure it out. I just think it’s another couple of games before I think he can be a pretty good player. Sometimes you have to experience it before you can understand it. You can say, ‘Oh hey, national level, national level,’ and then you can play one national team. But then when you play one every day, it takes something out of you, and sometimes you have to experience that before you can progress. But he’s doing great - he’s got a great attitude, and he’s a really good young man. He’s going to make someone really happy.”

Prather - who plays his travel ball with District Basketball Club - showed his scoring prowess as a freshman at Clarksburg, and went on to average 15 points and 9 rebounds per game as a sophomore. He bumped that up to 24 points and 10 rebounds per game last year, leading the Coyotes to the 4A West Region II final before they fell to Richard Montgomery.

The 6-foot-4, 190-pounder has started slowly on the offensive end at Bishop Walsh - his seven points against Oak Hill were a season high thus far - but he’s found ways to contribute defensively and on the boards, posting a team-high 7 rebounds against Oak Hill.

Prather’s versatility should eventually pay off on the recruiting front. He’s still awaiting his first Division I scholarship offer, but said he’s heard most recently from Maryland-Eastern Shore and Long Beach State.

In the meantime, he’s just enjoying being back on the court after COVID-19 precautions delayed the start of the season - and in the case of his former Montgomery County brethren, scuttled it completely.

“It’s a blessing,” he said. “All I can thank is God, because God made this happen. I’ve just learned from everything that’s happened to just never take anything for granted. So I take every moment super serious and I just go hard a hundred percent, because you never know when you can just stop playing right then and there.”