A look at some of the standouts from an action-packed second week. 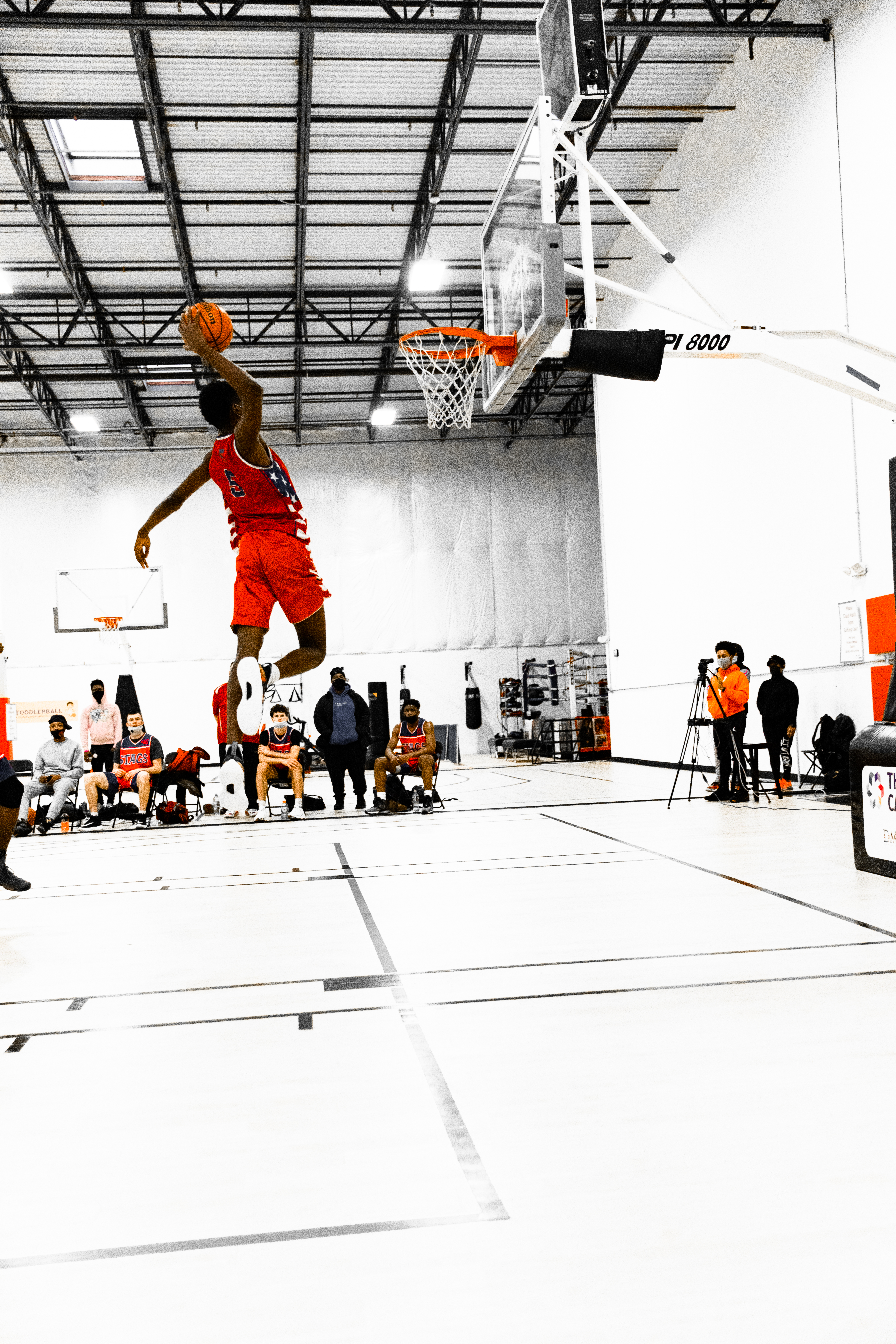 Here’s a look at the standouts from an action-packed Week 2:

Smallwood, Jr. had the biggest offensive game of Week 2, pouring in 26 points to help carry the Pressure back from a 15-point second half deficit to edge Team Vito Black 52-51 on Saturday.

“I was just trusting my teammates, man,” Smallwood said. “They were getting me open and we were communicating. It was hard, but we worked it out with communication and it helped us get the victory.”

A 6-foot-1, 165-pound lefty from Friendly (Md.), Smallwood scored 15 of his points in the second half, and displayed a nice arsenal of jumpers, knocking down tough shots off the dribble and the catch. He was particularly lethal from mid-range.

“I’ve worked on it all summer,” Smallwood said of his offensive touch. “My Coach just tells me to keep shooting and it’ll go in sooner or later.”

Smallwood said Division III Stevenson (Md.) has been recruiting him the hardest so far.

The Archbishop Carroll (DC) 2021 wing had another stellar week, averaging 18.5 points per game in a pair of blowout victories over We R1 and Chevy Chase Cougars. His blend of size, speed and strength has been a nightmare for opposing defenders.

King averaged 13 points per game in easy victories over We R1 and Chevy Chase Cougars. He sees the entire floor well and did an excellent job of distributing.

The 6-foot-7, 220-pound Walsh has an intriguing blend of size, strength and athleticism, which was on display as he posted 10 points and 8 rebounds in a 52-35 win over Team Olney.

Evans’ progression and improvement continues, and he’s looked more and more effective in a point forward role. He posted 10 points, 8 assists and 6 rebounds in a 52-35 win over Team Olney on Sunday.

At 6-foot-7 and 190 pound he has great size on the perimeter. He makes his teammates better, and is effective scoring in the paint and in transition. He’s still improving as a shooter, but is an intriguing player who has gradually improved. D1 schools looking for a versatile player should take a long look.

A consistent performer in our events over the last 5 months, Omari has proven to be a reliable scorer in the paint and a capable outside shooter. Somewhat undersized to be a full time shooting guard, he will need to further develop his floor general skills to reach his potential.

Shaq has a smooth game and had several acrobatic finishes at the rim in a 38-32 Saturday morning win over Brothers United. He finished with a game-high 14 points.

Jones was active early on both ends of the floor while tallying 12 points in a 40-23 win over Edge Bulldogs. The 6-foot-8, 210-pounder has great size and moves very well while displaying a soft touch. His face up game is improving, and he’s on track to be one of the best post prospects in the area 2022 class.

Gray turned in another strong performance, posting 16 points in a 40-23 Sunday evening win against Edge Bulldogs. Gray makes good use of his size and speed on the perimeter, and does a nice job of attacking and finishing.

Following an impressive Week 1 performance, Aiken continued his stellar play, posting 19 points in a 49-40 win over Team MD Stars on Saturday morning. The dynamic guard scores it, makes his teammates better, defends at a high level and hits shots from the perimeter. The Thurgood Marshall (DC) star should be mentioned with the top guards in the DMV.

Tremble broke out as a junior at Theodore Roosevelt (DC) last season, leading the Rough Riders in scoring as they won the DCIAA championship.

His scoring prowess was on display in his ACE debut Saturday, as he posted 19 points, tying Aiken for game-high honors. 12 of those points came after halftime to help secure the victory. 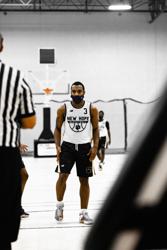 Hall started slow but exploded for 17 of his  game-high 19 points in the second half of a loss to Lanham Christian on Saturday. He added 18 points in a win over Germantown Basketball Club on Sunday.

Harris showed more of his playmaking ability and also some hit some very tough shots out of isolation situations.

It was hard to give individual standouts to any of the MADE players as the whole team was more than deserving. Jack and Matt ran the Princeton offense to perfection. MADE plays a beautiful brand of basketball, with everyone participating in the action.

The 6-foot-4, 200-pound Ayafor is athletic and relentless going to the basket. He had several above the rim finishes and a highlight windmill dunk in a 33-27 win over the Runnin’ Mavs.

Ayafor transferred from Blake (Md.) to Rock Creek Christian (Md.) in the fall, and has enjoyed several strong outings with his new team.

“It was a good opportunity to get some playing in, because Montgomery County schools weren’t going to get to play,” he said. “After that happened, I realized I’d have to transfer into a private school to get some playing time, so that’s what I did. I met some players at a workout and Coach Marcus [Chester] helped me get in touch with Coach Laf [Dublin] and then we made the transfer happen.”

So far, so good for Ayafor, who is hoping his production will help attract the attention of college recruiters.

“I think I play good defense, and I consider myself a good shooter,” Ayafor said. “I can take it to the rack, and I can play whatever position the coach needs me to play.”

A young guard with a very confident approach to the game. Chester is able to get to where he wants to get, and has a good understanding of how to operate out of the screen and roll.

Ukaegbu was electrifying in a Saturday afternoon game vs Allentown Pressure. Super athletic and gets to the rim with ease. If it weren’t for the pandemic cancelling the season in Montgomery County, he would have been primed for a breakout season.

Gray is a high energy guard who plays hard on both sides of the ball. He scores it well off the dribble and is very active on defense. What was most impressive about him may have been how much he encouraged his teammates. He’s a high leadership guy who impacts winning in many ways. 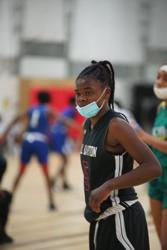 In Week 2, Brown's high energy and defensive ability were on full display. She ran the floor, disrupted her opponents on defense and ran down loose balls. She tallied 26 points in two games - including 17 in a 37-29 win over Game Time Elite -  and is currently averaging 15.5 per game.

Allen is a patient and poised guard that makes smart plays on the offensive end. She totaled 10 points in 2 games.

This team has made tremendous progress just after one week. In Week 2, the team was led by Aliyah Peeples, London Gray and Beulah Odiong. Peeples, just a 9th grader, likes to attack the basket and rebound, tallying 16 points and 11 boards in three games. Gray is a strong post player that defends and rebounds. She gets it done on the offensive end, too, collecting 27 points in 3 games. Last but not least, Odiong is a long 6-foot-3 post player who likes to play with her back to the basket but will also pop to the high post and shoot a 15-footer.

A 9th grade guard with impressive handle. She shoots the ball well from anywhere and attacks the basket. Moore had a quiet 10 points this weekend against Game Time.

Versatile point guard that can shoot the 3, get to the rim and finish. Cage sees the floor and handles the ball well under pressure. Currently averaging 10pints.