A look at some of the top performers from January 30. 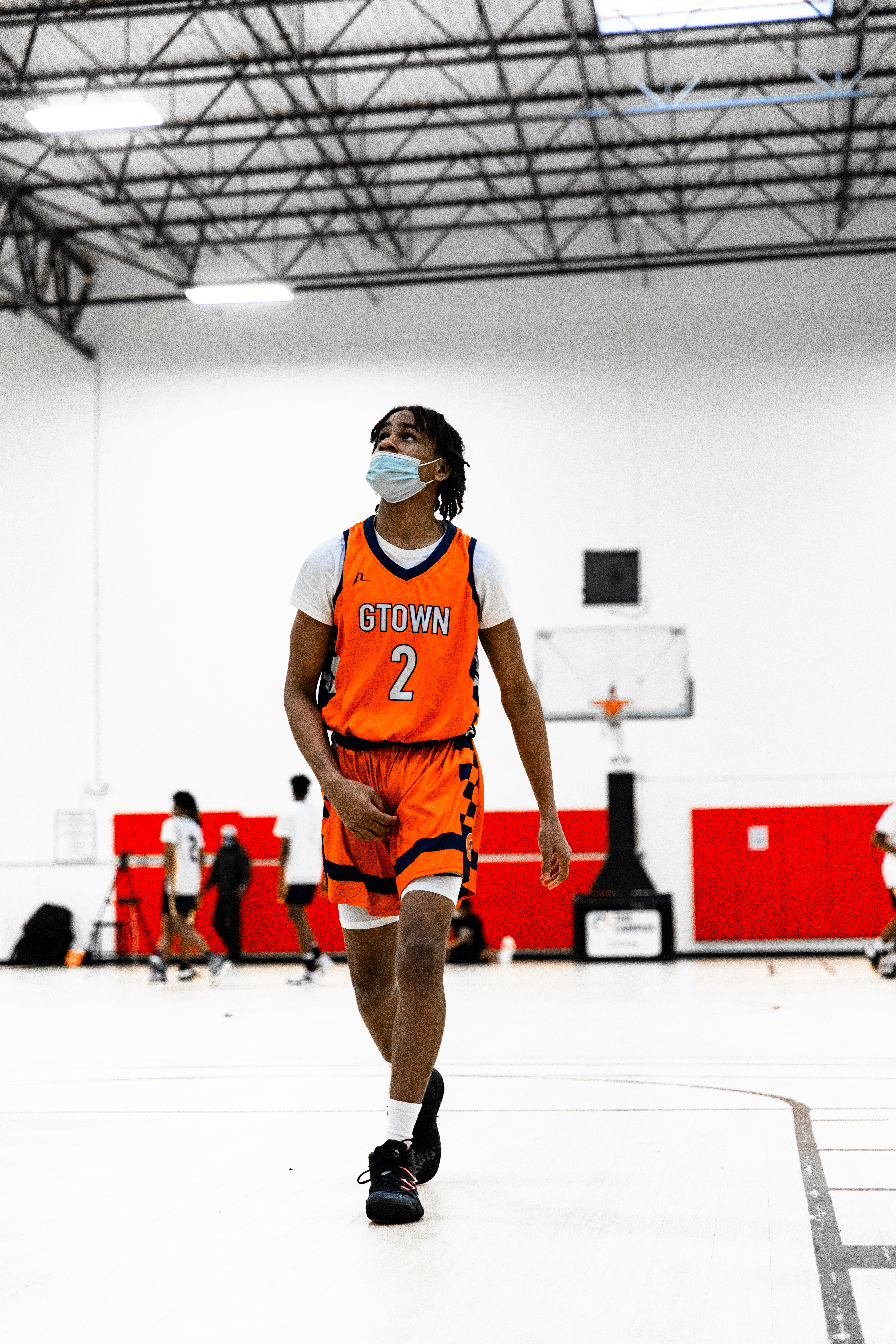 CAPITOL HEIGHTS, MD - The weekend’s weather forecast led to a shortened Week 3 of the DMVelite Varsity League - Saturday was the only day of action - but there were still plenty of notable performances.

Here’s a look at some of the Week 3 standouts:

Clarke (Seneca Valley) had 13 points in a 49-38 win over Team Olney. He’s a talented scorer who does a good job of finishing in the paint and getting to the free throw line.

Whitney (Northwest) got to the basket seemingly at will in his team’s 49-38 win over Team Olney, posting a game-high 19 points.

At 6-foot-7 and 224 pounds with impressive speed and athleticism, Buchanan (Wilson) is a matchup nightmare, pure and simple. He won’t get a chance to repeat as DCIAA Player Of the Year with DC officially cancelling its winter season, but his improvement is continuing.

Best doesn’t get a lot of attention, but he’s an integral piece to DC Evolution’s lineup.

“[My strengths are] Being a point guard, driving to the rim and getting my teammates involved,” Best said. “Basically doing whatever the team needs me to do.”

The 6-foot-1, 185 pounder’s versatility was on display in a 53-44 win over Say Less Do More, as he finished with a team-high 14 points and several assists.

Ty was instrumental in a near comeback over DC Evolution, scoring a team-high 14 points in a variety of ways. Like most freshmen, he  will need to work on consistently playing with effort and attention to detail, but he undeniably has the talent to be a household name in the DMV.

Powell took over in the second half of a thrilling 41-40 win over DC Evolution, helping his team rally back from a double-digit deficit. He finished with a game-high 16 points.

Evans (Poly) earned his first scholarship offer from Division II Slippery Rock (Pa.) last week, and turned in yet another strong performance for the Stags, tying for team scoring honors with 12 points in a blowout victory over New Hope.

The 6-foot-8 Largo (Md.) product was impressive in a victory over New Hope, tallying 12 points.

Sona (Arundel 2022) is a big body and a nice shooting stroke. He has definitely been a player of note the last three weeks.

Marbley (Meade) was impressive in a 39-29 win over Team Will, scoring a game-high 20 points. He displayed a nice finishing touch and good quickness.

Currently the league’s scoring leader at 20.3 points per game. She led her team in scoring with  15 points in a 42-18 win over F.O.E. United Saturday morning. Zanai continues to prove herself to be a consistent leader and scorer.

A versatile 2022 guard with great energy and scoring capability, Johnson showcased her ability to shoot from the outside, attack the basket and finish over big posts. In the victory over F.O.E. United, Johnson was the second leading scorer with 12 points. Look forward to watching Mia play more.

Loving is currently 3rd in the league in scoring (10.5 ppg), which is impressive because she doesn't get many touches on the offensive end. Most of her points come from rebounds and put backs. She moves well and her productivity will surely increase if she is able to get the ball with her back to the basket. In a loss to Team Amira, Loving tallied  7 points and 6 rebounds.

Holland is a quick and savvy point guard that plays with high energy and is a floor leader.

Combo guard that can play positions 2-4. Recorded 8 points and at least 4 rebounds in a 31-40 loss against Team Thrill. Goines’ aggressive play kept her team in the game against a very talented Team Thrill.

A junior point guard with exceptional handle and the ability to score. Bertrand can shoot the 3, get to the rim and maneuver her shot to finish over big posts. Elena had a breakout game this week against Team Thrill and collected 10 points. The more aggressive she becomes the more of a problem she will be for her opponents.

The youngest team in the league (mostly 8th graders) secured a 40-31 victory over a well- balanced Production Over Hype team in Saturday’s nightcap. The victory was a group effort led by Bresia Coit, Amaya Durrett and Milan Brown. The trio was responsible for 31 of the teams 40 points. Coit, a post player, was a major presence in the lane and defensively disrupted the offense. Coit also added 9 points. Durrett and Brown have been consistent leaders on the team and contributed 11 points a piece.