Notes from around the league. 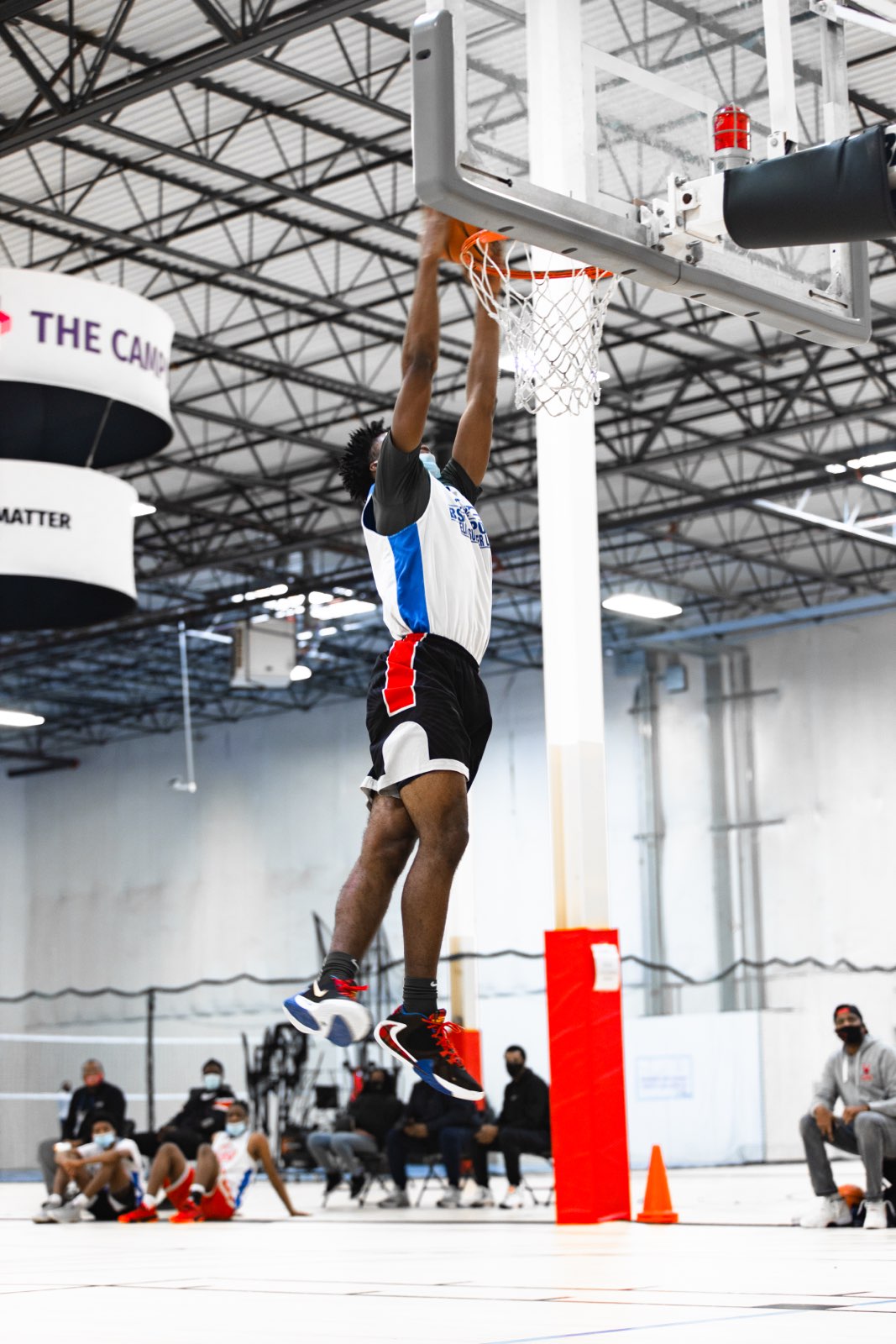 1. The ascension of Trey Thomas: One of the most consistent and dominant performers of the fall and winter. Known as a volume scorer (which he does more efficient than ever) Trey has continued to improve his skills as a floor leader. Sporting an improved jumper with cleaner mechanics and a more defined physique, the 2022 prospect has proved that he should be in the conversation of top players REGARDLESS of class in the DMV.  Trey currently leads the #LockedOutLeague in scoring averaging over 20+ per game. Look for him to have a HUGE spring/summer circuit.

2. Diamond hiding in plain sight: There may not be another player that has the size, skill, vision, athleticism and confidence as Barry Evans. Having watched Barry over the last 3 years, the improvement has been gradual but recently he is looking more and more like a prospect that would have completely blown up if it weren’t for COVID. He is beginning to pick up momentum on the recruiting front with many D1’s starting to join the party started with D2 Slippery Rock (Pa.) offering. Prep school may be an option for the Lamar Odom clone out of Howard County but college coaches would be wise to pay a look to the 6’7 Point Forward at Poly (Balt.) HS.

3. Quality AND Quantity: There are several hidden gems in the DMV currently. Many players in 2021  and 2022 will see an uptick in recruitment this spring as COVID eventually clears up. Look for a host of names to receive late recruiting interest into the spring/summer and many underclassmen such as Machi Chester (DMV Sports Academy) , Ty Bevins (Say Less Do More) and Ryan Archey (Say Less Do More) to make a splash on the recruiting scene.

4. The Cream is Rising to the Top: We are approaching the midway point of the #LockedOutLeague and a few teams have started to separate themselves from the pack. DMV Sports Academy, DMV Stags Elite, DC Eagles and Unknown Talent all enter Week 5 undefeated and numerous others enter with 1 loss led by DC Evolution, the Runnin Mavs, Team Will, ACE, WDBA and the ECA Warriors. With the 32 team wide ‘Battle Royale’ approaching, it will be interesting to see who claims the top seeds. Huge implications this Saturday as the top two teams in the power rankings (Stags Elite/DMV Sports Academy) face off in a highly anticipated matchup.

5. College Coaches are watching: COVID has made recruiting a nightmare for both players and coaches. However, college coaches have been tuned into the Livestream in outstanding numbers with a number of players receiving scholarship offers or increased interest. February and March look to be an important recruiting opportunity for 2021 recruits.

6. She Got Game!: The ladies are bringing the energy in a major way. The boys may get the shine, but the ladies are on their grind.  Some big time performers over the last month include:  Zanai Barnett-Gay; Team Amira, Elena Bertrand; Production Over Hype, Milan Brown; Team Thrill, Caly Cage; Team Excel.

7. MIDS Watch: The varsity league receives a lot of attention and rightfully so; however there is some rising talent on the horizon in the DMV. Young prospects to watch include Jacob Wallace; We R 1,  National #1 player Jamal ‘Mally’ McKnight Jr; Above All Costs, Navarro Bowman Jr; Above All Costs, Neiko Primus; New World Basketball, Babatunde Olatodun; Team Takeover and Malik Washington; New World Basketball.

Under the Radar Prospects