Rounding up some of the league's top storylines from Week 6. 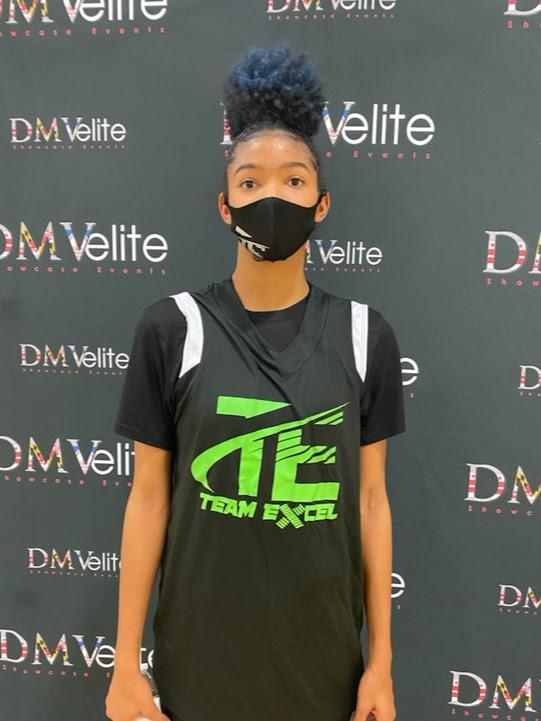 The Emergence Of A Talented Sophomore: Bishop McNamara 2023 guard Qadence Samuels (Team Excel) comes from a long basketball tradition, with her older brother playing at the Division I level and parents who have played and still coach the sport. Not to be outdone, she is beginning to make a name in her own right, and showed her vast array of skills Saturday evening in a 50-35 set back to the Jaguars. Qadence completely dominated at times using her length skill and sweet shooting stroke, scoring more than half of her teams points. Look for Qadence to be a D1 prospect tracked by many programs in the future.

King of the Hill: In a highly-anticipated matchup between two teams that have not suffered defeat dating back to the early fall, the DMV Sports Academy were able to escape with a 43-42 win over the DMV Stags Elite with several local colleges in attendance and more than a dozen tuned in online. DMV Sports got off to a hot start, pushing forward with a 14-point first half lead behind the play of 2022 guard Trey Thomas (Wise) and 2021 unsigned senior wing Brian Ayafor (Rock Creek Christian). The Stags seemed to be dead in the water until 2021 point forward Barry Evans (Poly) decided to impose his will on the game. Scoring or assisting on numerous baskets in the second half, he and Jake Koverman (Southern) were able to help the stags overcome 13 missed free throws to almost pull out the victory. These two teams seem to be headed for a rematch in the playoffs but it will be interesting to see who walks away with the overall #1 seed in the playoffs. The Stags finish the regular season with a matchup vs Team L.A.B. and DMV Sports face another undefeated team in the DMV Eagles.

No Hype? No Problem: Cortez Whitney (Germantown Basketball Club), Jasir Tremble (All City Elite)  and Brian Ayafor (DMV Sports Academy) have been putting in major work all league. Cortez is a smooth operator who is able to maneuver in the paint a la James Harden, Jasir is a microwave heater who puts points on the board in bunches, whereas Brian is a supreme athlete with a sweet mid range touch. Three of the more unknown prospects locally, but should be on everyone’s radar going forward. Both have impressed all winter and will be tracked closely in the spring. They are firmly in the mix for our All-League teams.

Team MD Stars Makes A Statement: Team MD Stars came into the weekend sporting what looked like an impressive league record but lacked a signature win. They got that win this weekend in an impressive 17-point victory over a surging Unknown Talent team. Playing a very unselfish brand of basketball, they were able to break UT’s full court pressure and make several long 3’s and tough layups at the rim. Andre Campbell led with 26 big points as the Stars look to make a run in the league playoffs.

Utilize The Website!: Through the course of the #LockedoutLeague the DMVelite staff has tracked updates stats, provided game analysis and made game film available for consumption by players, coaches and spectators. At the end of league play, all game films will be analyzed and sent out to college coaches along with scouting reports based on league performance.