Several players stood out as teams fight for playoff position. 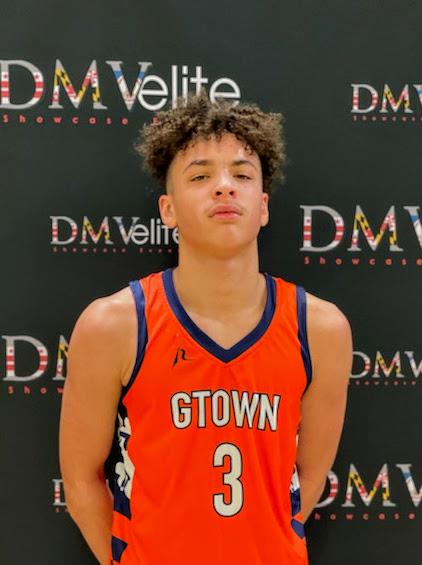 CAPITOL HEIGHTS, MD - A look at some of the top performers from Week 6 of the DMVelite Varsity League at The Campus.

A 2022 guard from Northwest (Md.), Whitney has been a standout all winter. He averaged 16 points per game in a pair of weekend contests - highlighted by 17 in a 40-39 win over Team L.A.B. on Saturday - and is currently second in the league at scoring at 19.3 per game.

Thomas (Wise 2022) continued his stellar play over the course of the season, leading DMVSA to a thrilling one-point point win over DMV Stags Elite. He is currently the league’s leading scorer at 22 points per game.

Matthews (Ballou) averaged 17 points per game in two games over the weekend. He tallied a season-high 18 in a 43-30 win over MYP Big Cats on Saturday and 15 in a loss to Team Will.

The Flint Hill (Va.) 2022 wing led WDBA with 21 points in a comeback victory over a red-hot Germantown Basketball Club on Saturday.

A talented unsigned senior guard from Theodore Roosevelt (DC), Tremble averaged 16.5 points per game in two weekend victories. He’s had a very strong second half of the season for ACE.

Campbell was unguardable in a 73-57 victory over previously unbeaten Unknown Talent on Sunday, pouring in a game-high 26 points.

Gray poured in a game-high 20 points in a 64-50 win over Edge Bulldogs on Sunday.

Zania is a 6'3 point-forward that does it all. This weekend we watched her rebound the ball on the defensive end and start the fast break, handle the ball with full court pressure, and catch the ball at the high post and knock down a 15-footer. In two games she posted 16 points and 5 blocks total.

The versatile and agile post player does a little bit of everything. In a victory over a very talented Team Excel , Saniya dropped a quiet 20 points. She shot 100% from the free throw line (5-5) and connected with a 3-pointer.

One of the most versatile players in the league. In her return, she collected 18 points and 5 rebounds in a close game against the Jaguars. She seemed to give her team a boost when they needed it, whether it was an And 1 bucket or a 3-pointer to keep the score close.

This NC Central University commit shoots the ball very well. In a two-point victory over the Jaguars, Nia scored 10 points and knocked down a pair of 3-pointers.

A point guard that does a great job distributing the ball on offense and giving her opponents a tough time on defense. Emrie doesn't score a lot, but her contributions are major. She scored a game-high this weekend with 14 points against GameTime Elite.

A very solid and consistent post player. Currently averaging 8 points and 4 rebounds per game. In week 6,  had a game-high 12 points against Production Over Hype.

Elena has been a very consistent scorer. In last week's game against F.O.E. United she tallied 25 points.

In Week 6, Jayla contributed 10 points in a close defeat against FOE United. 8 of those points were scored in the second half. Overall, she shot the ball well (two 3-pointers) and attacked the basket aggressively.