The opening round of playoff action is set for this weekend. 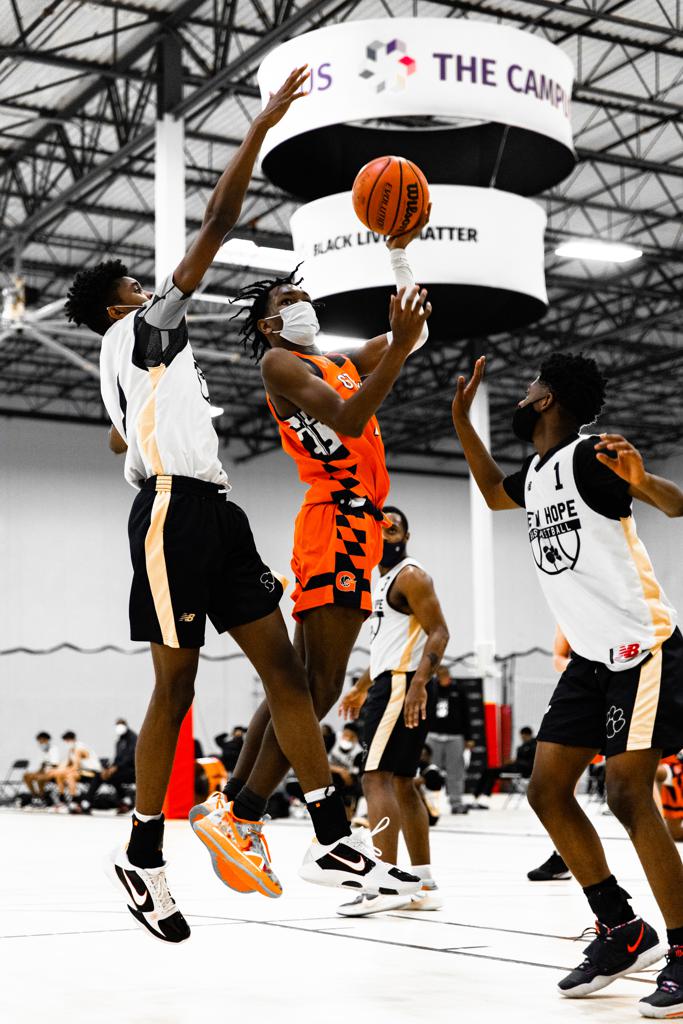 #8 Team Will vs. #9 Allentown Pressure

Team Will had an up and down season where some games they looked outmatched and others looked able to compete with anyone. They will have their hands full squaring off against the explosive duo of Antwan Smallwood and Mondahle Daniels.

Michael Teal and Carl Powell have led Lanham Christian to some convincing wins during the regular season, but have also been inconsistent at times in a few setbacks. They will face a well-rounded M.A.D.E. Hoops team that will look to utilize ball movement and spacing to pull an upset.

Sophomore Aiden Harris leads a rolling Runnin' Mavs team up against a Team Olney squad that hasn’t been able to shake off the rust.

2022's Imani Anderson and Shaq Samuels lead an Unknown Talent team that will try to wear down Team Vito Black down with a relentless press. To have a chance Team Vito will have to be able to protect the basketball and hit outside shots.

In what could be the most exciting game of the day, two high-scoring guards will look to carry their teams to victory. 2022's Amir Gray (Takoma Academy) and Ryan Archey (Gwynn Park) both score it in transition and in the half court. The key could be which teams complimentary players will make timely plays. Look for 2024 wing Ty Bevins (Gwynn Park) to be an X-Factor in this one.

2022 wing Matt Gray (Flint Hill) has been dominant at times. If not for an upset loss to the LH Knights, WDBA may have been a #1 seed. They will look to use their size to impose their will versus an Easy Street Family team that is led by talented combo guards.

The Team MD Stars use a balanced offense to generate an efficient offense that is predicated off of ball movement.

3Di Athletics finished the regular season strong and head into the playoffs playing confidently. They will need to utilize their speed, depth and athleticism as they look to slow down one of the league’s leading scorers in 2022 guard Cortez Whitney (Northwest).

2021 forward Abdou Samb (Frederick Douglass) is the one of the league’s best players and alters the game on the defensive end with his size, versatility and length. The Warriors will utilize their distinct size advantage to slow down 2021 guard Moe Johnson (Cesar Chavez), Darren Wright (Chavez) and the T-Wolves.

DC Evolution was rarely tested and cruised in league play thanks to them having one of the more talented duos in 2022 wing Darren Buchanan (Wilson) and 2021 guard Zay Brown (Wilson). Were it not for a setback to Lanham Christian Academy, DC Evolution may have been the #1 overall seed. Brothers United will look to pull the upset, and will need a monster game from 2021 guard Stephen Matthews (Ballou) to do so.

Much attention is given to the other Stags team, but this team has been impressive as well, entering the playoffs with only one loss. We R 1 has talent but has not been able to put it all together consistently. They will need to protect the ball and get easy baskets in transition if they want to advance.

ACE comes into the tournament with all of its key players healthy. Led by the trio of 2021 twin guards Mike and Mark Aiken (Thurgood Marshall) and breakout performer Jasir Tremble (Theodore Roosevelt), they will look to use their ability to get to the basket to break the game open. 2022 forward O’Meech Wilson (North County) is one of the leagues most versatile players and 2021 guard Rodney Wilkerson (North County) is the engine that makes them go. The Knights come into the tournament on a high note and have upset on their mind.

Khalil Williams is an emerging talent that has been impressive at times and Team L.A.B. sports one of the league’s longest front courts. They will look to use their length to create turnovers against a DC Pride team that is best when attacking the basket.

2021 wings Kris and Kent King (Archbishop Carroll) are two of the league’s best players and will use their size, skill and basketball IQ to control all facets of the game. 2021 guards DaJuan McMillian and Yaquin Staton (Friendship Tech Prep) shoot it well from deep, and the Eagles will look to impose their will early against the Bulldogs. 2023 guard Hunter Hausman (Rockville) is a good shooter, but he will need someone to get him open looks first.