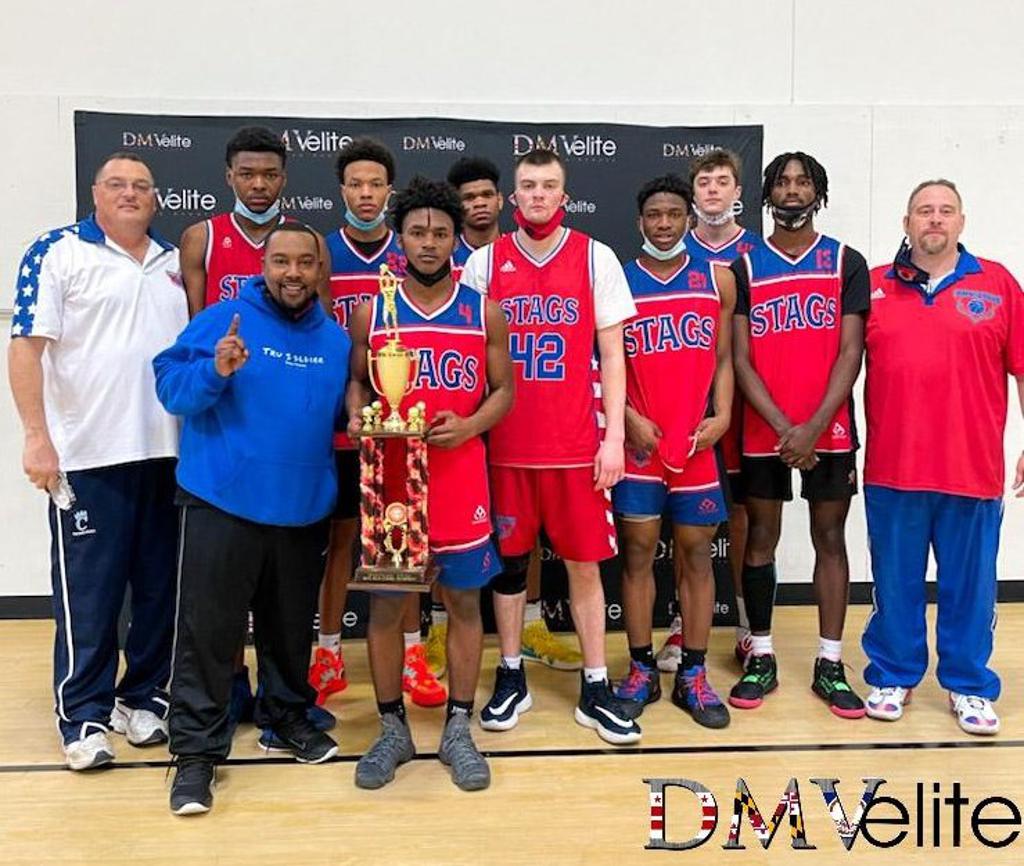 Koverman played a strong leadership role during the Stags run to the championship and earned Championship MVP honors in the process. Koverman dropped 14 and 15 in back to back efforts, and displayed his ability to spread the floor with shooting, strength and control handling the ball, and leadership in the midst of a tough championship game.

Barry Evans was efficient and impactful in the Stags successful run to the championship. He made getting to the rim look easy and used his length to dominate the offensive and defensive glass. He punctuated his team’s semifinal win with an emphatic between the legs dunk in an impressive display of his superior athleticism.

Corley focused a lot on his jump shot in warmups, and his early work paid dividends in the semifinal and championship games. Corley was second on his team with 11 points in the semifinals and dropped a team high 20 in a hard fought championship game. He displayed great touch on his mid-range jumper, attacked the basket aggressively, and got to the free throw line as well.

Chester served as the heart and soul of his team in both the semifinal and championship games. He led his team with 15 in the semifinal matchup, displaying his aggressiveness attacking the rim, his creativity finishing, and a knack for drawing fouls that the defense would rather not give up. Although not as dominant scoring in the championship game, Chester brought an infectious energy to the court and played with tenacity on the defensive end. He wreaked havoc on the opponents, causing turnovers and helping jump start his team’s transition game.