The Super Pool featured some of the event's top performers. 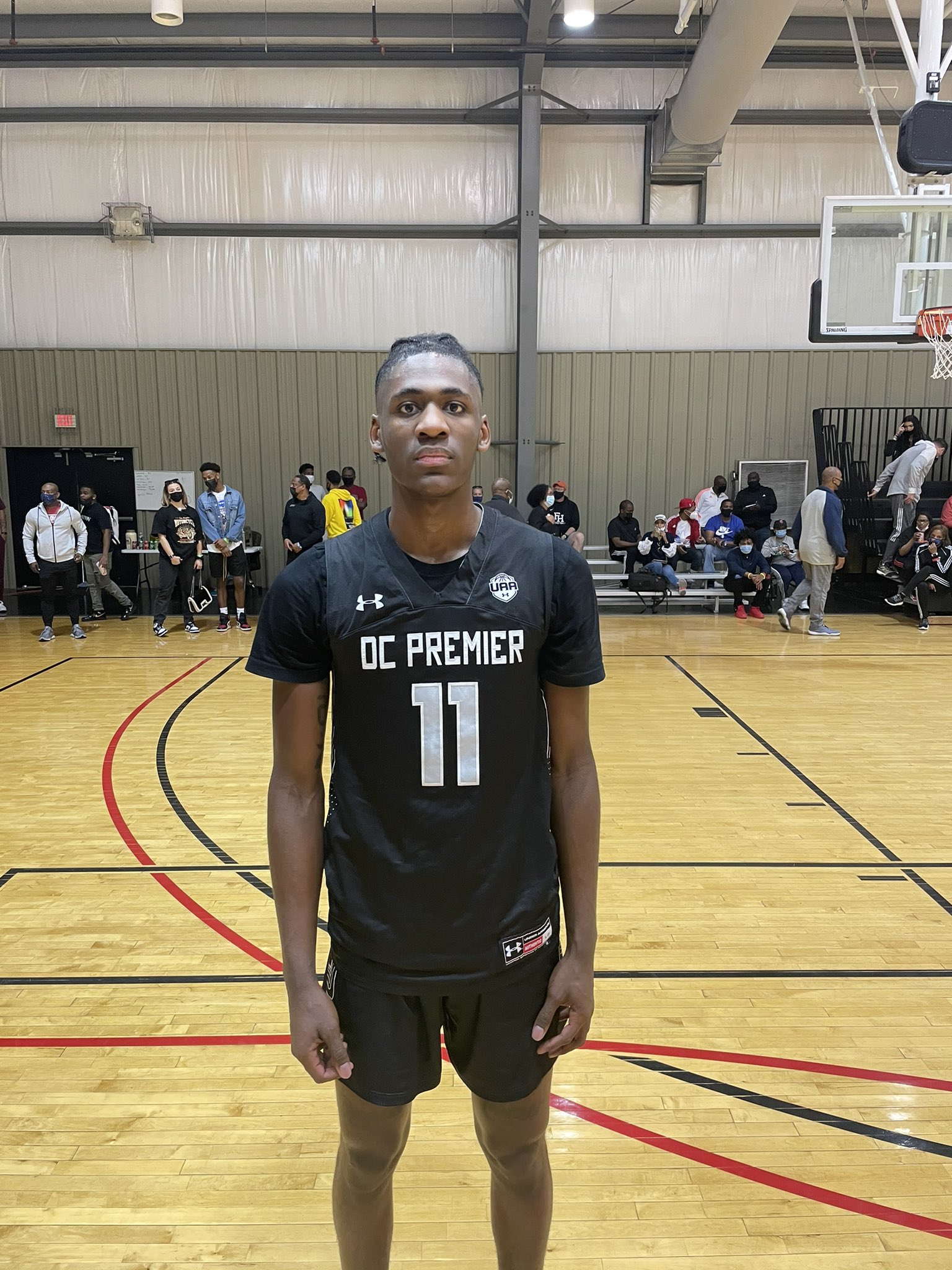 Here’s a look at some of the notable Session I performers from the Super Pool 17U Division:

The 6-foot-7 2022 wing from St. John’s (DC) was very impressive on day 1 of the Super Circuit. In a high energy game against Team Loaded VA, he was able to use his length, improved game off the bounce to keep Team Loaded VA on their heels. Add in an impressive outside touch and you are looking at a player who could see his recruitment start to rise to another level. He currently holds offers from Bryant, Georgetown, George Mason, George Washington, Howard, LSU, Providence, Rhode Island, St. Joseph’s and VCU, among others.

The Maryland commit is known for his deep range and poise handling the basketball - steady and ready are words that describe him. Lewis (Bishop O’Connell) averaged 13 ppg and helped DC Premier nearly knock off a Team Loaded VA squad that is rated top 10 in the country.

The Bishop O’Connell (Va.) 2022 sharpshooter has steadily improved his all-around floor game, and put up 12 points, 4.5 rebounds and 2 assists per game as Premier split a pair of games in Session I.

A 2022 guard from King’s Fork High School (Va.), Epps averaged 18 points per game against DC Premier UAA, Team BBC 3BBS and DMV Stags Elite. Sporting deep range, an aggressive approach to attacking the basket and uber confidence, Jayden was the best player among many very talented players on Day 1 of the Super Circuit, and led Team Loaded to a 2-1 finish over Session 1.

Standing 6’7 with good length and a sweet stroke, the East Rockingham 2022 wing  was clicking on all cylinders, averaging 16.3 points per game on 51 percent shooting from the field. He consistently made the right play, and displayed his athleticism with a couple of poster dunks. It is easy to see why he picked up an offer from West Virginia after his performance on May 1.

The Blue Ridge (Va.) was a physical force around the basket, averaging 9.7 points, 7 rebounds and a block per game. The 6-foot-8 power forward holds a host of high major offers, including Georgetown, St. John’s, Syracuse, Texas A&M and Virginia Tech.

After a pandemic-scuttled junior season, Black (St. Stephens & St. Agnes) is still relatively unknown, but he left the weekend as the man of the hour. He averaged 14 points and 6 rebounds per game and used his impressive athleticism to hold his own against bigger players. He capped a very strong weekend by scoring the winning basket off an inbounds play in the final seconds as The District upset a talented Boo Williams EYBL team on May 1.

Clark showcased his versatility in helping The District to a 2-0 record, averaging 11.5 points, 7.5 rebounds, 4 assists and 1.5 steals per game, leading the team in the latter three categories. The Gonzaga (DC) 2022 wing is a stat sheet-stuffer who makes winning plays.

Clary (Massanutten Military Academy) is a scoring point guard who has great separation moves but is also a willing passer that will get your team into its sets. The lefty is adept at creating space in the mid range or three using a nice set of misdirection moves. Tough to guard in the open floor, Clary led Boo Williams to a 1-1 finish in Session 1 while averaging 13.5 points, 6 assists and 3.5 steals per game.

They call him ‘Butta’ and its easy to see why. A 6-foot-3 Virginia native who now plays at Grissom (AL), Johnson scorching the nets all weekend, averaging a team-high 16 points per game and tying for the Division lead in 3-pointers made with six.

A true hidden gem. Standing near 6-foot-10, ‘Baba’ uses his size to dominate around the rim, looking to dunk everything he can. Right now more of a defensive anchor but has shown a post move or too and the ability to pass out of the double. He averaged a Division-leading 9.3 points and 3 blocks per game. The Olympus Prep (NJ) big man is still very raw, but the tools are there. His impressive Session I performance earned him a Division I offer from Norfolk State, and he’s sure to attract some high major attention with a strong spring/summer.

Worrell transferred from Blair (Md.) to Archbishop Carroll (DC) in the fall in hopes of boosting his recruitment against Washington Catholic Athletic Conference competition, but the pandemic ended up keeping the Lions off the court. The unsigned 2021 guard can score against anybody, and had his offensive talents on display while leading BBC to a split of its two games on May 1. He averaged a team-high 13.5 points per game, and had 15 in a 64-63 overtime win over Team Loaded.

Another talented unsigned 2021 prospect Stanton (Gerstell Academy) had a team-high 17 points in BBC’s 64-63 overtime win over Team Loaded on May 1, coming through with big baskets whenever his team needed.