A look at the standouts from the 15U Division. 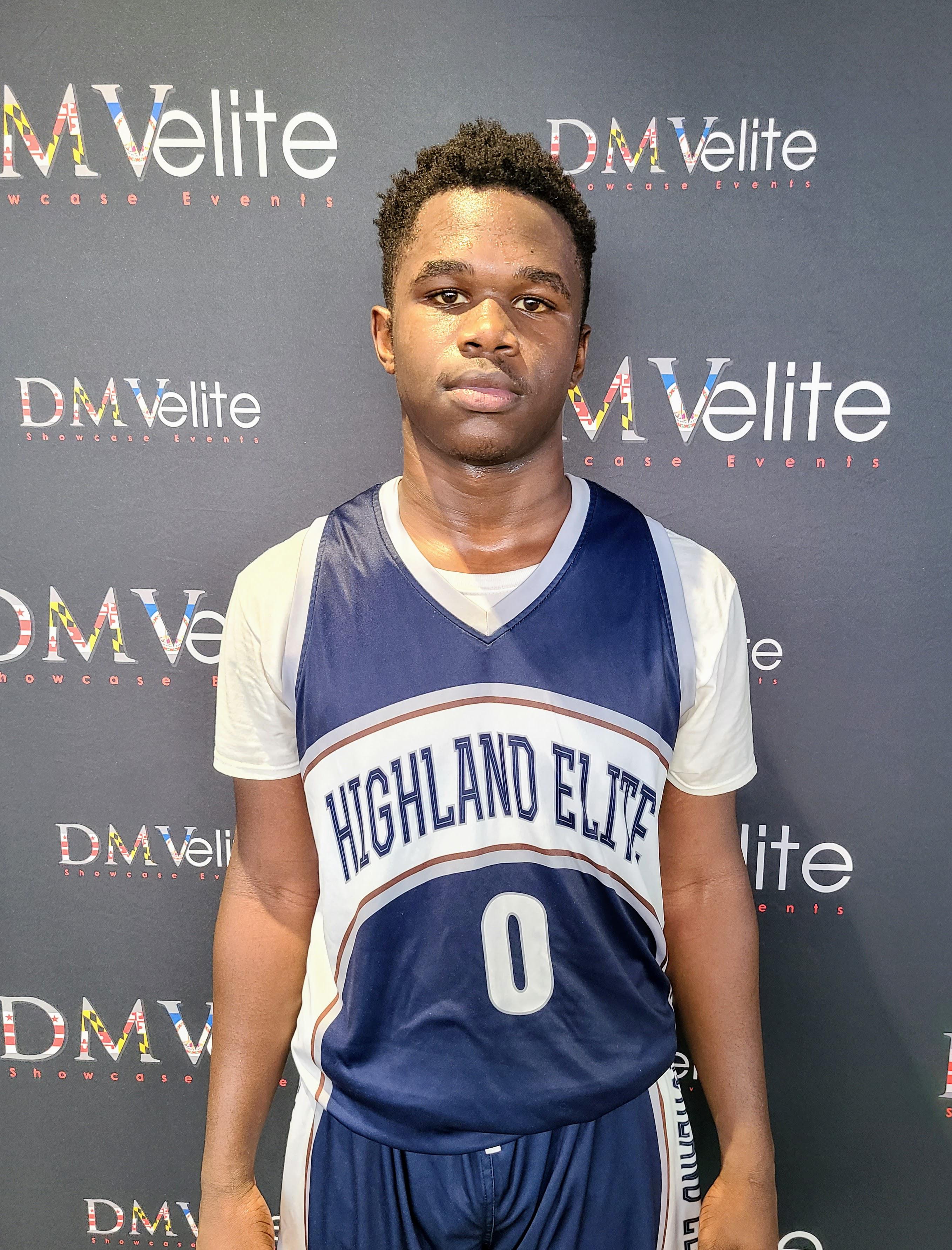 WILMINGTON, DE - DMVelite made its first ever stop in Delaware last weekend, as Session III of the 2021 DMVelite Super Circuit took place at the impressive Chase Fieldhouse in Wilmington.

Here’s a look at some of the standouts from the 15U Division:

Martin (Ballou 2024) made a strong Super Circuit debut at Session II in Hampton, and continued his strong play in Wilmington. He posted 16.3 points and 7.6 rebounds per game as WHE went 2-1 on the weekend.

The 6-foot-1 guard has a running back build and is at his best going downhill.  He had 21 and 19 points in wins over Team Dedication and Germantown Basketball Club, respectively, coming up with the deciding steal and lay-in against GBC. He had a rough shooting game in a 52-47 loss to Team MD23 on Sunday, but contributed a game-high 12 rebounds, including 5 on the offensive glass.

Team MD23 has been the class of the 15U Division, posting a 10-1 record after three sessions. Their success has been a collective effort, but the 5-foot-11 Ball has been one of the most consistent performers, averaging 8.4 points and a team-leading 6.5 rebounds per game.

Okoroh (Duval 2024) averaged 11 points per game to lead a talented Team Loaded DMV squad to a 3-0 mark in Session III. He’s a big (6-foot-4) athlete with good strength and an attacking mindset.

The Paint Branch (Md.) product has looked good in several DMVelite events since last fall.  The 6-foot-4 wing forward showed his all-around skillset in a 45-38 win over Team MD23 on Saturday, posting 14 points and 9 rebounds. He averaged 8 points and 5.7 rebounds per game for the weekend, finishing second on the team in both categories.

Boenge (Archbishop Carroll 2024) was a force on the glass all weekend, leading the team with 7.7 rebounds per game.

Lyons was again Team Dedication’s most consistent performer, averaging 14.3 points per game for the weekend, highlighted by 17-point, 7-rebound performance in a narrow 51-49 loss to Washington Highland Elite. In nine Super Circuit games, he’s averaging a team-high 12.1 points per game.

The 6-foot-4 Sowell averaged (Seneca Valley) averaged a team-high 11.3 points per game for GBC. He posted 14 points on 7-of-9 shooting and grabbed 7 rebounds in a 53-44 win over Maryland Ruff Riders on Saturday. His shot didn’t fall at such a high rate the rest of the weekend, but he still found ways to make an impact.

Listed at 5-foot-10, Kim (Walter Johnson 2024) isn’t the strongest or fastest, but has impressed in the past two Super Circuit sessions with his toughness and feel for the game. He’s not afraid to attack the paint and take contact from larger defenders, and he also did a good job of putting his teammates in position to score. He had a team-high 11 points in a tough game against Team Loaded DMV, which saw GBC make a run at the upset before falling, 53-46.