A look at the top 16U performers from Wilmington. 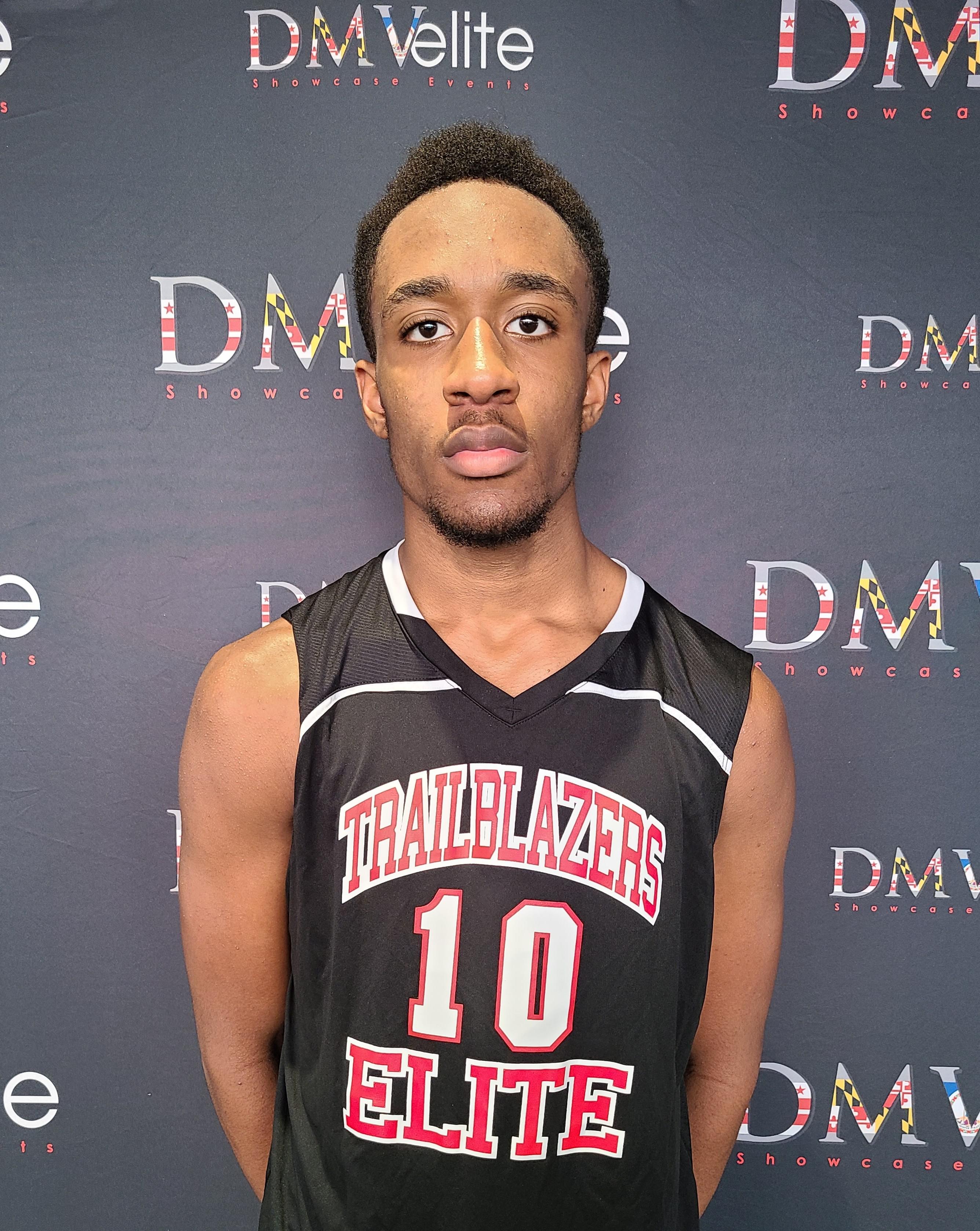 WILMINGTON, DE - DMVelite made its first ever stop in Delaware last weekend, as Session III of the 2021 DMVelite Super Circuit took place at the impressive Chase Fieldhouse in Wilmington.

Here’s a look at some of the standouts from the 16U Division:

The 6-foot-5 Gwynn Park (Md.) 2023 forward was dominant in a 57-35 win over Impact on Saturday, posting 19 points on 8-of-10 shooting while grabbing 8 rebounds and blocking 4 shots. He’s got an impressive blend of size and athleticism, and can defend effectively on the perimeter as well as on the block. He is averaging 12.2 points and 6.2 rebounds on the circuit.

The Sidwell Friends (DC) product was consistent all weekend, opening with 13 points and 11 rebounds in a 48-32 win over Maryland Movement Red, and following it with 14 points and 9 boards in a 57-35 win over Impact.

Taylor went off in a 68-58 win over NOVA Unified, posting 26 points on 6-of-11 shooting while going a perfect 12-for-12 from the free throw line. The DeMatha (Md.) 2023 guard has been The City’s most consistent offensive performer throughout the Super Circuit, averaging 16.1 points per game.

A 2024 guard from Georgetown Prep (Md.), Somerville was a key factor in The City’s 2-1 mark in Wilmington, posting 12 points per game.

Mangan (Damascus 2023) impressed with his offensive efficiency all weekend. He opened with a game-high 16 points in a loss to Maryland Movement Black, followed it with 10 points on 4-of-5 shooting in a win over Team Shooters, and finished with 13 on 5-of-6 shooting in a tight 49-48 win over Germantown Basketball Club.

The Watkins Mill (Md.) 2023 guard was strong for Movement Black, averaging a team-high 13 points per game on 73 percent shooting from the field while also pulling down 5.7 rebounds and collecting 2 steals per game.

Piper has been Movement Red’s leading scorer throughout the Super Circuit, and that remained true in Wilmington. The Buchanan 2023 guard averaged a team-high 12.6 points per game in Wilmington.

Herndon has been a standout through all three Super Circuit sessions, leading the team in both scoring (8.6 points per game), rebounding (4.2 per game), assists (1.5) and steals (6 total). He showed his versatility again in Session III, posting a team-high 10.3 points per game while going 7-of-14 from 3-point range.

Catterton (South River) came up big in the Shooters’ 46-45 win over NOVA 94 Feet Orange, posting a game-high 15 points on 5-of-6 shooting from the field, including 5-for-5 from 3-point range. The Shooters trailed by 12 points at the half but outscored NOVA 94 36-23 after the break to pull out the victory.