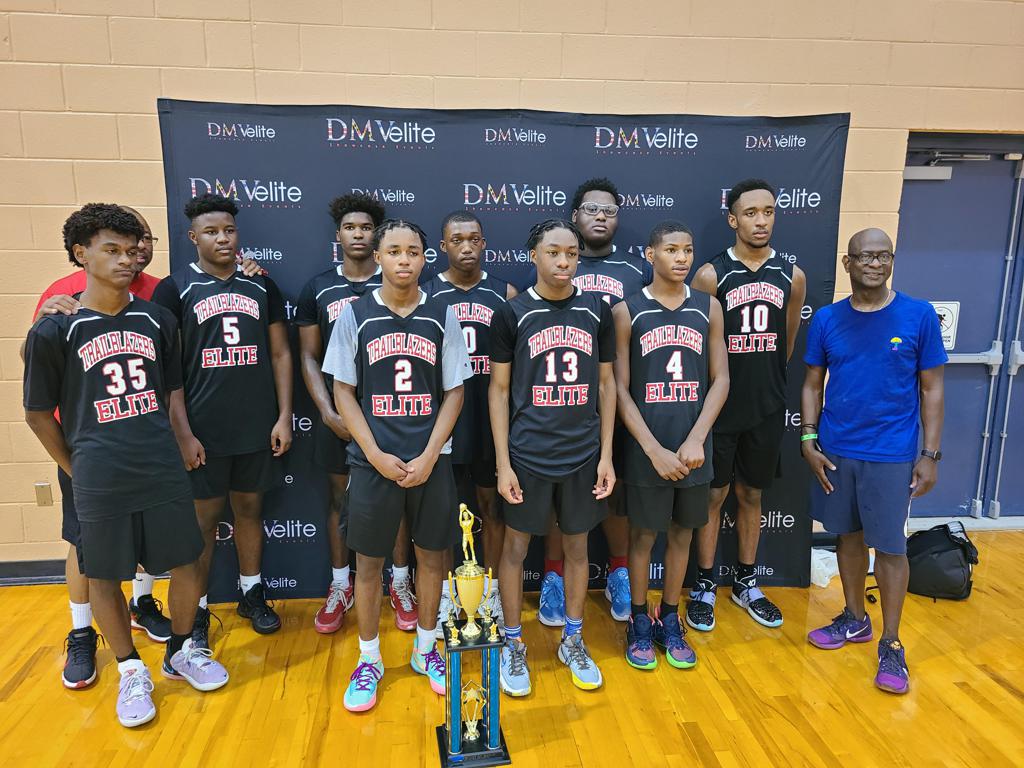 BOWIE, MD - Since the DMVelite Super Circuit tipped off in May in Richmond, Va., the Trailblazers Elite established themselves as one of the toughest teams in the 16U Division.

Besides a pair of losses to District Basketball Club in Richmond and Boo Williams-Strother in Hampton, the Trailblazers went unbeaten, and came into the Session IV playoff round as the top overall seed.

They took their game to another level in Bowie, winning all but one of their four games by double-digits: a 62-54 victory over Germantown Basketball Club in Sunday’s championship game.

“We stayed focused on the bigger picture,” Trailblazers 2023 wing Chali Taylor said. “We wanted to win this from the start. We told ourselves that we were going to and we had what it takes and had the players and talent, and we just put it on the court and did what we do.”

Taylor (Sidwell Friends) had 26 points and 6 rebounds in the final, continuing a strong run that saw him average 16.5 points and 8.4 rebounds per game through all four sessions.

“It’s been fantastic,” he said. “I love playing with this team - I’ve been with them a long time, like, four or five years now - so I’m really comfortable with all the guys. We all just love competing together and making a name for our team, and it’s great to compete, so I love it.”

Damascus (Md.) 2023 guard Peter Mangan had a game-high 27 points in the loss for Germantown Basketball Club, which stayed within striking range all day but just couldn’t fully close the gap.

Trailblazers coach Orville Bailey said he liked how his team came together over the course of the Super Circuit with the addition of some new faces.

“I think the team had to really jell again,” he said. “Our original team lost a couple of guys, so we had some different rotations and it took a little bit for the team to jell and for them to get back. But then they started playing, and they started playing Trailblazer basketball and playing hard on both ends of the court. It took a while because Jeremiah [Barnes] is new to the team, Kenion [Camphor]’s new, Tyler [Connelley]’s new - we had a lot of new pieces, and they had to hit their stride, but we got it.”

The addition of Barnes was a big one, literally and figuratively. The 6-foot-5 2023 forward from Gwynn Park (Md.) was a matchup nightmare all circuit, averaging 12.4 points and 7.5 rebounds while giving the Trailblazers a complement to Taylor and twin guards Rashard and Reece Samuels (From The Heart Christian Academy).

“This is awesome, because last year we sat out from March of last year until, like, October before we played again,” Bailey said. “I think we played in a DMVelite event, and then we had a lot of people in and out, so it took a while. So it's great being back and playing like this. You guys ran a nice tournament and a class operation, so it was good.”