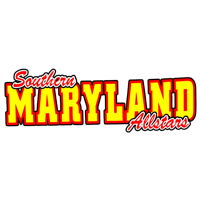 BOWIE, MD - After a pair of defeats at DMVelite Super Circuit Session II in Hampton in June, Southern Maryland All-Stars 17U went on a roll, and came into Session IV’s playoff round riding a five-game winning streak - with most of those coming in dominant fashion.

Early in the 17U semifinals on Sunday at Bowie City Gym, though, it looked like that run might come to a sudden end, as the All-Stars found themselves down 14 points against an aggressive Team Silk squad. True to form they responded, however,  grabbing a one-point lead at the half and cruising in the second half for a 71-53 victory.

That win moved them into the title game, where they outlasted a tough Alexandria Kings squad 78-72 to win the inaugural Super Circuit 17U championship.

“We just believe in each other,” 2022 wing Jayden Holland said. “We all know that we’re going to all fight until the end of the game.”

One of the more impressive things about the All-Stars’ title run is that it was truly a group effort. They had just one player average double figure scoring through the first three sessions - Westlake (Md.) 2022 guard Aaron Herron at 11.2 points per game in 10 contests - and got contributions from all throughout the roster.  Westlake (Md.) 2022 guard Myles Jackson led the squad in assists and steals during the regular season.

“When I looked at the stats, I looked at the minutes as well as the scoring, and it was pretty consistent - you didn’t see somebody stick out with a lot,” SMD coach Eric Jackson said. “What I always told the guys was, ‘You never know whose game it’s going to be.’  Everybody’s going to have a big game, and with this team everybody did, whether it was somebody coming off the bench or whether it was one of the starters. Everybody on the team had a big game at some point during the season, and that was [a key to our] success. We didn't have any fighting on the court or with the coaches; everybody got along and everybody trusted each other.”

“It was great,” Carter said. This is the last [travel] season for most of us, so getting out here and showcasing our talent for the college coaches was good.”

Carter was one of four players - along with Holland (14), Herron (11) and North Point (Md.) 2022 guard Devin Little (11) - to score in double-figures for the All-Stars, who needed every point to outlast a sizzling performance by Kings 2022 guard Michael Montano. The Edison (Va.) product dropped a Session-high 33 points, while teammate Aaron Boyd finished with 19.

“I think the biggest thing was we started playing better team ball,” Jackson said of his team’s progress from Session I to Session IV. “We came together, we looked to make the extra pass, we played fundamental basketball, and we never got down on ourselves. No matter what, we put a whole lot of heart into it, and we knew we’d be able to get through it and win the game. We just played hard for 94 feet, and it didn’t matter who was on the floor.”