The talented sophomore class lived up to its billing. 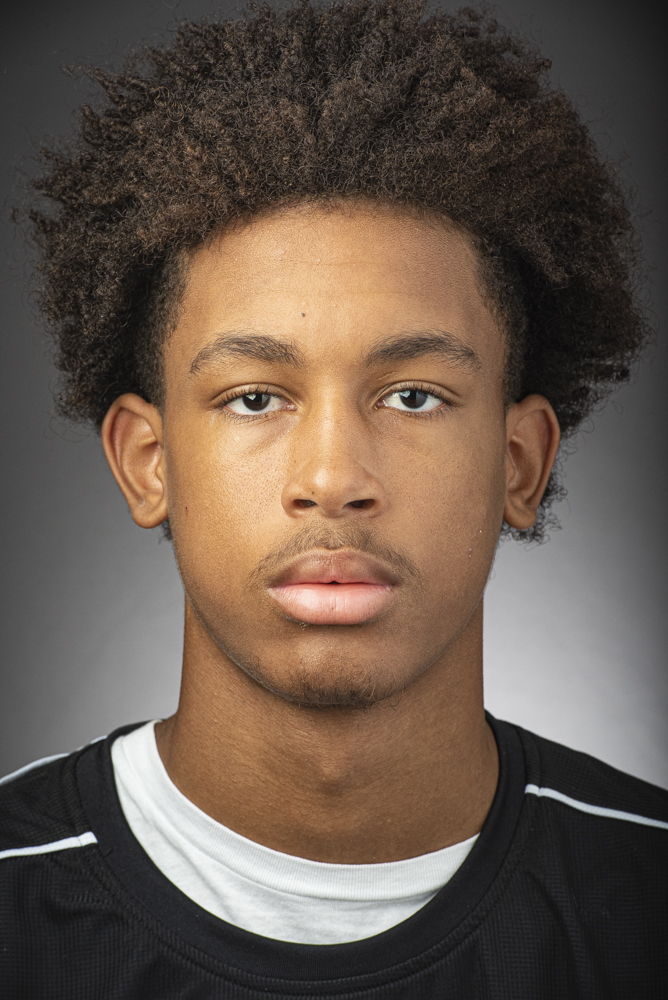 The talented 2024 class was impressive in its DMVelite 80 debut. Here’s a look at a few of the sophomore standouts:

The 6-foot-7 Rooths came in as one of the most highly-touted players in the event, with a list of scholarship offers that already includes Georgetown, Maryland, Virginia Tech and Xavier.

“My mindset going into my sophomore season is - especially in the preseason - make sure that we’re executing well,” Rooths said. “Make sure our freshmen know what they’re supposed to be doing, and being a vocal leader off and on the court. Just showing people my game, because I know last season I had to improve on my jumper, so I want to show this upcoming season that I’ve improved on that. And then just beat some of these good teams and put Georgetown Prep on the map.”

Rooths showed his impressive athleticism and versatility - as well as that improved jumper - on Sunday, averaging 7.3 points and 3 rebounds per game. He got stronger as the day went on, closing with 10 points, 5 rebounds, 2 assists and 2 steals in an afternoon victory.

“[I wanted to] see the talent that we have here and see where I stand with everybody,” he said of his first DMVelite 80 experience. “It’s just a fun experience to be out here.”

Mallory opened the day in style, dropping an event-best 17 points on 6-of-10 shooting - including 5-of-7 from 3-point range. He averaged 9 points, 1.3 assist and 1.3 steals per game in three games.

The 5-foot-7 Mallory was the smallest player on the floor, but he radiated confidence. He’s quick and elusive with the ball in his hands, but also showed his effectiveness playing off of the ball and his deep shooting range.

Okitondo transferred to Carroll after spending last year at Oak Hill, and should provide an immediate boost to coach Mike Powell’s Lions. He’s 6-foot-7, rangy and athletic, and was in attack mode all day, posting 9.3 points and an event-high 5.3 rebounds per game.

Okitondo closed with 12 points on 5-of-8 shooting - including 2-of-3 from 3-point range - in a 63-53 afternoon victory. Bryant, Towson, UMBC and UTEP have already offered, and he’ll only see that list grow.

Another talented young piece for the Lions, the 6-foot-6 Bosenge is a versatile and athletic wing who can make an impact on both ends of the floor. He had 4 points, 4 rebounds and 5 assists (to zero turnovers) in a 63-53 victory over Team 2 in the day’s final game.

The 6-foot-9 DeLaurier comes from a basketball family - his mother C’ta played at Rutgers, his brother Javin at Duke and another brother, Ethan, is committed to Navy.

DeLaurier showed a great feel for the game on Sunday, finishing with a team-high 7 points per game while shooting 10-of-15 from the field. He showed the ability to score in the post and facing up, displaying a soft touch and good range.

A 6-foot-9 forward with good length and athleticism, Missi shot 64 percent from the field (7-of-11) while averaging 5.7 points, 4 rebounds and a block per game. In his best outing, he posted 11 points on 4-of-6 shooting and grabbed a game-high 7 rebounds. He also showed nice touch out to the perimeter, knocking down a corner 3.

South Carolina-Upstate offered Missi this week, and his list is certain to grow.

A tough 5-foot-10 guard with good quickness, Barfield went for 4 points, 2 assists and a steal per game. Coming off a strong spring and summer with Team BBC, look for him to emerge as one of the top guards in the state this upcoming season.