There were plenty of standouts from the senior class. 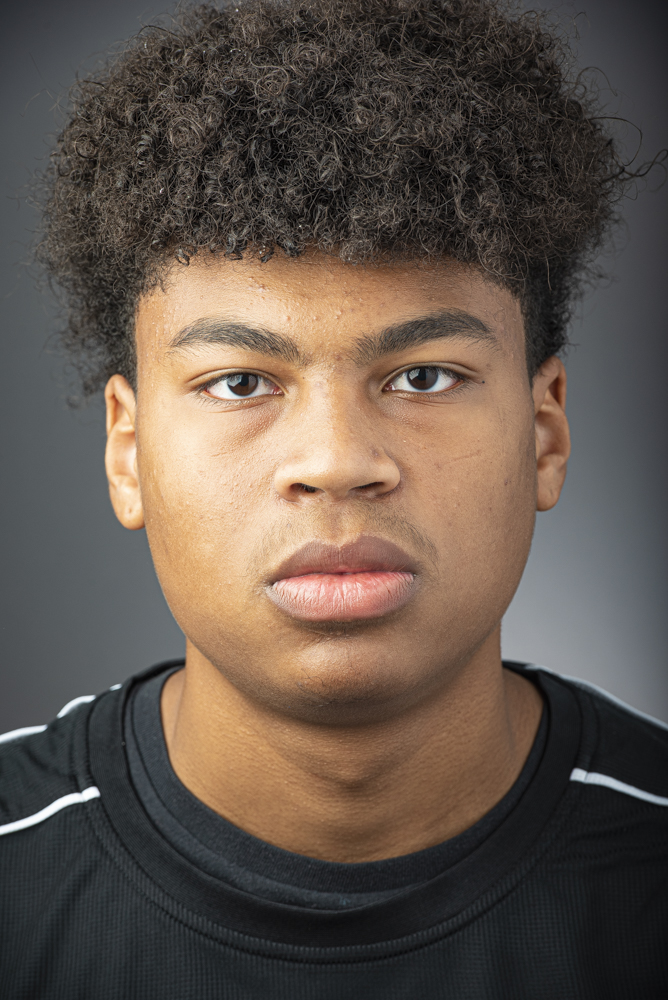 Check back on DMVelite.com throughout the week for notebooks, photos and statistics, as well as links to content from other media outlets in attendance.

The talented 2022 class put on an impressive display, and here’s a look at a few of the senior standouts:

Jones was a force on Sunday, averaging 11 points per game on 15-of-21 shooting from the field while pulling down 3 rebounds per game. He posted a game-high 16 in the final contest of the day, shooting 8-of-9 from the field and finishing in a variety of ways.

The 6-foot-10 forward’s recruitment has been curiously lowkey thus far, with Radford extending his first Division I scholarship offer in early August. That won’t be the case much longer.

The 6-foot-1 Long is as explosive a leaper as you’ll find in the area, and had his impressive athleticism on display Sunday, highlighted by a breakaway 360 dunk in the early game set.

He finished with 9.7 points and an event-leading 3.0 steals per game for the day. A transfer from Annapolis Area Christian (Md.), Long is in line for a breakout season at Reservoir.

One of the most talented shooters in the senior class, Rivers went to work immediately on Sunday, going for a team-high 14 points on 5-of-7 shooting - including a perfect 4-of-4 from 3-point range - in an opening 56-52 win.

“It's just a great opportunity to come out and just play against this good competition and show what I can do,” Rivers said of attending the DMVelite 80.

The 6-foot-4, 175-pound  Rivers averaged 9 points per game as his team went 3-0, shooting 7-of-11 from 3-point range. While his shooting is his biggest strength, he added that he feels he’s gotten better on the defensive end and sees the floor well. He’s hoping to channel a productive spring and summer into a strong senior season at Spalding for coach Josh Pratt.

“For me, I’m just trying to do my role and hit shots when I need to,” he said, “and really lock up on defense and be out on the floor the whole time. Then as a team, we’re just trying to win the ‘chip, and I think we have a good chance at it.”

Rivers holds a Division II offer from Georgian Court (NJ) and said D3 schools are showing interest as well. He had plenty of coaches and scouts talking with his performance on Sunday, so expect his recruitment to pick up very soon.

A late addition to the field, Pratt left zero doubt that he belonged, finishing as the event’s leading scorer at 13 points per game.

The 6-0 guard was locked in from the very beginning, and finished the day shooting 15-of-18 from the field, including an absolutely sizzling 9-of-11 from 3-point range. In his best game, he went for 16 points on 6-of-7 shooting, including 4-of-5 from deep.

Pratt has very good quickness and does a nice job of creating separation to get his shot off, both off the dribble and the catch. A 1st Team All-Region selection for the Hawks last year, Pratt has attracted Division II interest from Shepherd (WV) and Post (CT), as well as a host of D3 programs.

Bowser was active, aggressive and efficient, posting 5.3 points per game on 8-of-13 shooting from the field as his team went a perfect 3-0 on the day.

A legitimate 6-foot-10, Bowser is just scratching the surface of his potential. He’s athletic and mobile, and showed nice inside-outside touch on the offensive end, flashing his range with a pretty turnaround jumper from the wing in an afternoon win. In his best game, Bowser posted 10 points on 5-of-7 shooting.

Bowser has a DI offer from North Carolina A&T, and is definitely one to watch for teams looking for length and athleticism in the frontcourt.

Johnson has athleticism and a motor that never stops - a combination that helped his recruitment pick up steam this spring and summer with Division I offers from George Mason, Houston, La Salle, McNeese State, Rider and Wagner.

The 6-foot-7 Johnson was active all day, averaging 5 points and 3.3 rebounds per game.

Vukcevic came to West Nottingham from Montenegro less than a month ago, and is clearly still adjusting to the pace of the game stateside. Even in limited viewing, though, it was easy to see that he has some impressive tools. The 7-footer showed soft hands and impressive passing ability during the drill and game portions.

Negash transferred to Roosevelt from Paint Branch (MD) last year, but still hasn’t gotten to suit up for the Rough Riders after the COVID-19 pandemic scuttled the DCIAA season. He has a strong spring and summer, and it’s easy to see what he brings to the table: buckets. Lots and lots of buckets.

The 6-foot-2 Negash averaged 9.7 points per game for the day, highlighted by 14 on 5-of-6 shooting - including 4-of-5 from 3-point range - in a 48-46 win over Team 3. He’s very smooth with the ball and changes speeds well, allowing him to keep defenders off balance. It will be interesting to see him lead Roosevelt coach Rob Nickens’ high-octane attack this winter.

The 6-foot-5 Jackson creates matchup problems wherever he is on the floor, and had that versatility on display in Bowie, backing down smaller guards and taking opposing forwards off the dribble en route to the basket.

The 6-foot-9 Brown made the most of his shot attempts, going 8-of-9 from the field while averaging 9 points per game for the day. He’s got a college-ready frame with good strength and athleticism, and threw down some rim-rattling dunks. He had 10 points on a perfect 4-of-4 shooting performance in one of his team’s victories.

Emory told the Charlottesville (Va.) Daily Progress that he came in focused on being active on the defensive end - “That’s not something everyone does here,” he told them - and he did just that.

The 6-foot-10 Emory led the event in blocked shots, swatting away 9 in three games (3.0 bpg), six more than the closest player.

Wimbush will be counted on to step up his game following the transfer of star guard Trey Thomas to Spire Institute (OH), and it looks like he’s up for the challenge. He’s 6-foot-7 with impressive versatility on both ends and a good feel for the game. Look for him to emerge as one of the breakout players in Prince George’s County this season.

The quintessential floor general, Blakey put together an impressive 6:1 assist to turnover ratio on Sunday. He consistently made good decisions with the ball and set up his teammates in good positions to score.

The 6-foot-2 Bulluck is a dynamic playmaker, and had his offensive versatility on display Sunday. He averaged 8 points and 2.3 assists per game, while shooting  6-of-11 from 3-point range.

In his best game of the day he finished with 11 points on 4-of-6 shooting - including 3-of-3 from deep -  with 4 assists and 4 steals in a 50-49 loss to Team 4. Bulluck is looking like one of the most underrated players in the class, but should pop up on a lot more radar screens this upcoming season.

The 6-foot-6 Samuels went off in the final game of the afternoon, going for 14 points and 9 rebounds in a closing victory. He finished the day averaging 6.7 points and 5 rebounds per game.

Dade is a versatile lead guard with good vision and scoring ability. He posted 10 points on 4-of-6 shooting with a pair of assists in his team’s closing 60-51 victory over Team 7. He averaged 6.7 points per game for the day with a 4:1 assist to turnover ratio, while shooting 8-of-14 from the field. Expect him to be one of the top floor generals in the state this season.

Rivera has always been a talented scoring threat, but showed his playmaking ability while averaging 3.3 assists per game, good for second in the event.

The 6-foot-2 Rivera is dangerous in the open court, with the ability to score from deep, in the mid-range.