A look at the standouts from the junior class. 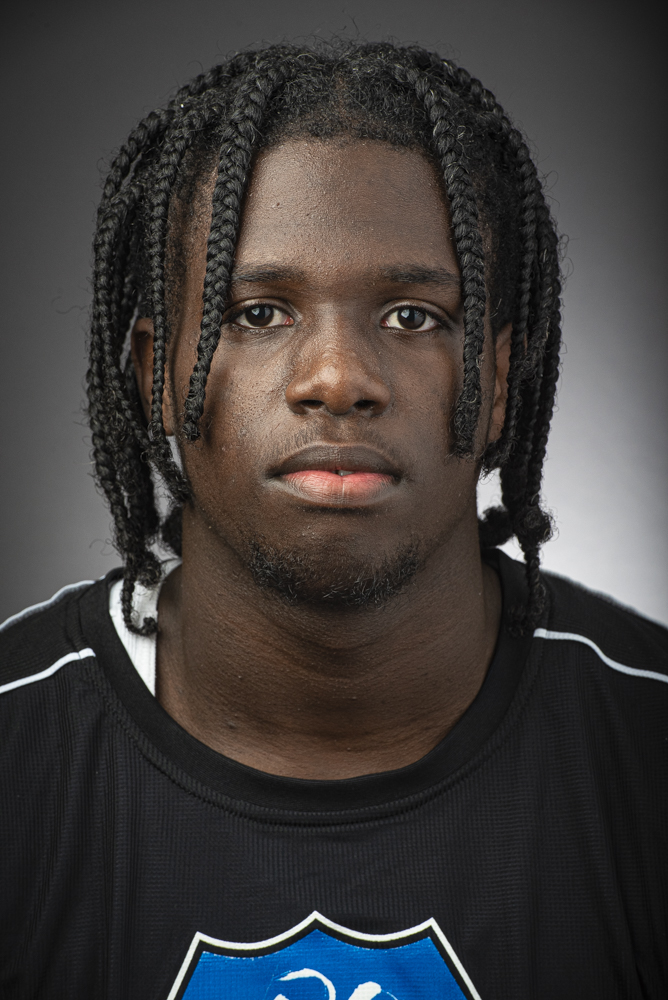 The loaded 2023 class put on an impressive display, and here’s a look at a few of the junior standouts:

The 6-foot-4 Lamothe is one of the most highly-recruited 2023 prospects in the area, and showed why with his ability to take control of games while averaging 10.3 points and 3.7 rebounds per game on the day.

“Today there’s good talent on every court,” he said of his DMVelite 80 debut. “It’s fun to get out here and just play hard and play with different people - it’s a good experience.”

Creighton, Georgetown, Illinois, LSU, Marquette, Maryland,  Ohio State, Penn State, Pitt and Virginia Tech are just a few of  the programs who have offered the guard, who has an impressive blend of size, strength and vision. He was tough to stop going to the basket in his best game of the day, scoring a game-high 16 in a 50-49 overtime victory over Team 1 while adding 3 blocks and a steal.

A key contributor since his freshman year at St. Frances, Lamothe is prepared to step into more of a leadership role this upcoming season as an upperclassman.

“It's been fun growing into that role,” he said,  because I had time to learn and make some mistakes young and be able to just develop under those guys - Ace [Baldwin], Byron [Ireland], Ju [Reese] and all those people that are playing college basketball right now. I got to learn from them, and even when I did make a mistake, just be able to just play through it and get better off of it. Every day in practice it was challenging, so that helped me every day.”

Basima earned DMVelite 80 MVP honors after his impressive all-around performance. The 6-foot-4 guard finished as the event’s second leading scorer at 11.3 points per game while finishing first in assists (3.7), second in steals (2.0) and third in rebounds (4.7) while guiding his team to a perfect 3-0 record.

Basima showed the ability to get to the basket whenever he wanted on Sunday, with a quick first step and the kind of strength to knock defenders off-balance. He didn’t need the ball in his hands to make an impact, though, and was willing to contribute in multiple ways.

“I would say pretty much a slasher and just going to the basket [are my strengths],” he said, “but I’m working on my shot and stuff. I would say that my best point is being a slasher, but I also enjoy playing defense.”

Basima currently holds scholarship offers from Howard and Siena, but said he’s also heard from Davidson, Temple and several Ivy League schools, including Columbia, Penn and Yale. He was integral in John Carroll’s surprise run to the Baltimore Catholic League championship in March, and had 29 points in the overtime title game victory over St. Frances.

Jones impressed with his combination of size and athleticism, and one of his most eye-opening moments was a play he didn’t even finish.

In one game, the 6-foot-6 Jones caught the ball at the top of the key, used a lightning-quick first step to blow by his defender and took off towards the basket, nearly throwing down a dunk that would have brought the gym to a standstill. It was just one sequence, but provided an example of Jones’ intriguing potential. He holds a Division I offer from Radford, and it won’t be the last one. Expect Jones to really break out this winter for coach Carlos Poindexter’s Hawks.

Coming off a strong spring and summer, Robinson recently transferred from Bowie (Md.) and reclassified from 2022 to 2023.

The 6-foot-4 Robinson impressed with his range and versatility on Sunday, averaging 7 points and 3.3 rebounds per game while helping his team go 3-0. Playing on a squad alongside Basima and 2022 standouts Cooper Bowser and Josh Rivers, he fit in seamlessly, and showed the ability to contribute in a variety of ways. In his best scoring outing he had 11 points on 5-of-6 shooting and hit a 3-pointer.

The move to New Hope should pay big dividends for Robinson if he continues his current trajectory; his size and all-around ability should have him popping on more recruiting radars.

I first saw Mbengue - a native of Senegal - playing with New World during Session I of the DMVelite Super Circuit in Richmond, Va. back in May, and he’s gotten better with every viewing.

Mbengue is an athletic 7-footer who runs the floor well, finishes with power around the rim, blocks shots, and his overall feel for the game is improving. He averaged 5.3 points per game on 8-of-11 shooting Sunday.

Players like Mbengue don’t stay under the radar for long. George Washington and Norfolk State have already extended scholarship offers, and that list is going to grow rapidly very soon.

The 6-foot-7 Ball is a matchup nightmare on the perimeter, and showed his ability to consistently knock down jumpers over smaller defenders. He averaged 7 points per game on 9-of-15 shooting for the day, including 50 percent from 3-point range.

Man transferred to Miller over the summer from Man (WV) and reclassified from 2022 to 2023. Virginia Tech and West Virginia are the most recent schools to offer, and it's easy to see what Division I coaches love about him.

Harris had a game-high 10 points on 4-of-7 shooting - including 2-of-4 from 3-point range - in one-point afternoon loss.

Harris - who transferred from Christ Chapel (Va.) to Ireton this summer - has a nice combination of size (6-foot-5) and playmaking ability, and showed the ability to create for himself and others. I’m interested to see what role he fits into this upcoming season for the Cardinals.

Harper had a team-high 12 points to lead his Team 8 squad to a 60-51 afternoon win over Team 7. He’s got a nice shooting stroke and good touch in the mid-range.

The 6-foot-4 Choijilsuren has emerged as one of the top public school guards in the NOVA, with a nice combination of size, vision and versatility. He’s got a good feel for the game and didn’t force the action. Definitely one to watch going forward.