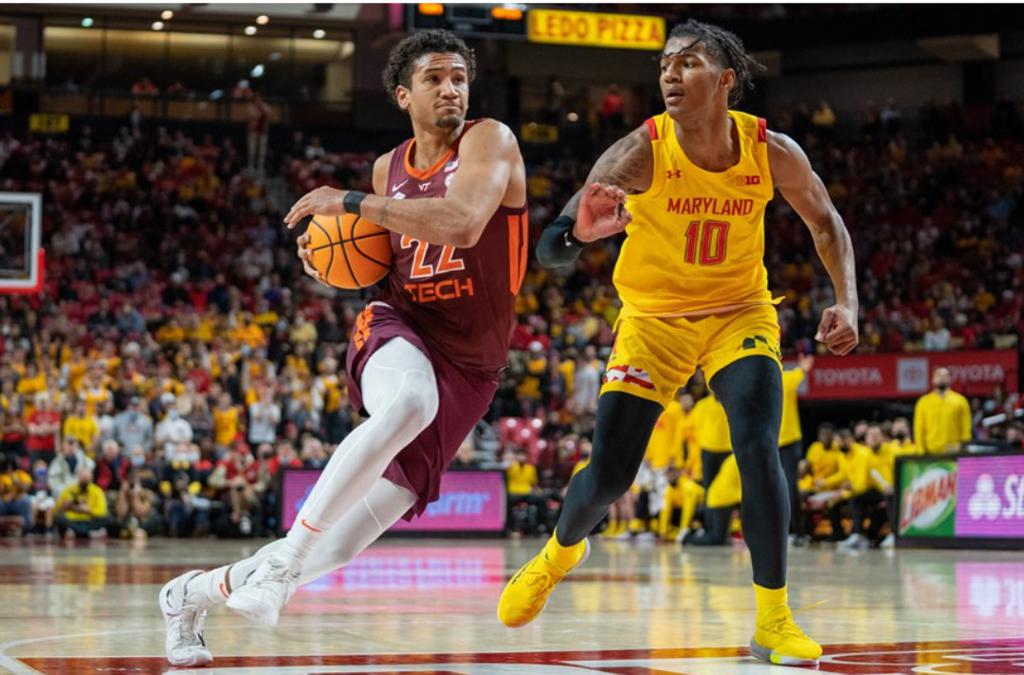 COLLEGE PARK, MD – Early in the second half here Wednesday night, Virginia Tech found themselves in a rough spot – trailing 43-36 to host Maryland on a night the Terps honored the legacy of Northwestern (Md.) graduate Len Bias.

But the Hokies spoiled the evening for the parents of Bias and another generation of Maryland undergraduates, storming back to win 62-58 in the ACC/Big Ten Challenge.

And it was a pair of DMV products from Maryland who aided the win for the Hokies, as redshirt senior forward Keve Aluma of Berlin and Stephen Decatur High had a team-high 17 points and 12 rebounds while reserve guard Darius Maddox of Bowie and St. John’s /Oak Hill made both of shots from the field and finished with five points in 12 minutes.

“We just stuck to our game plan,” said Maddox, standing courtside at the XFINITY Center after the win. “It really gives us a lot of confidence, a lot” going into the ACC opener at home Saturday against Wake Forest.

Just minutes after the final buzzer, there were shouts and some pounding on metal objects coming from the Virginia Tech locker room.

“We just needed to stick together,” Virginia Tech guard Hunter Cattoor, who had 12 points and three assists, said. “It was a big win for us. We had a great environment; we were very excited after this win. We had a good scouting report for these guys.”

Aluma is now averaging a team-high 13.1 points per contest.

He had a key block late in the game, swatting away a shot with about five minutes left and the Hokies up 52-48. The 6-foot-9 standout and Wofford transfer let out a primal yell just in front of the Maryland bench after the block.

“He’s my guy; he’s playing strong day in and day out,” said Maddox, after chatting with about 10 family members and friends who were on hand for the game. “He really responded and competed really well.” 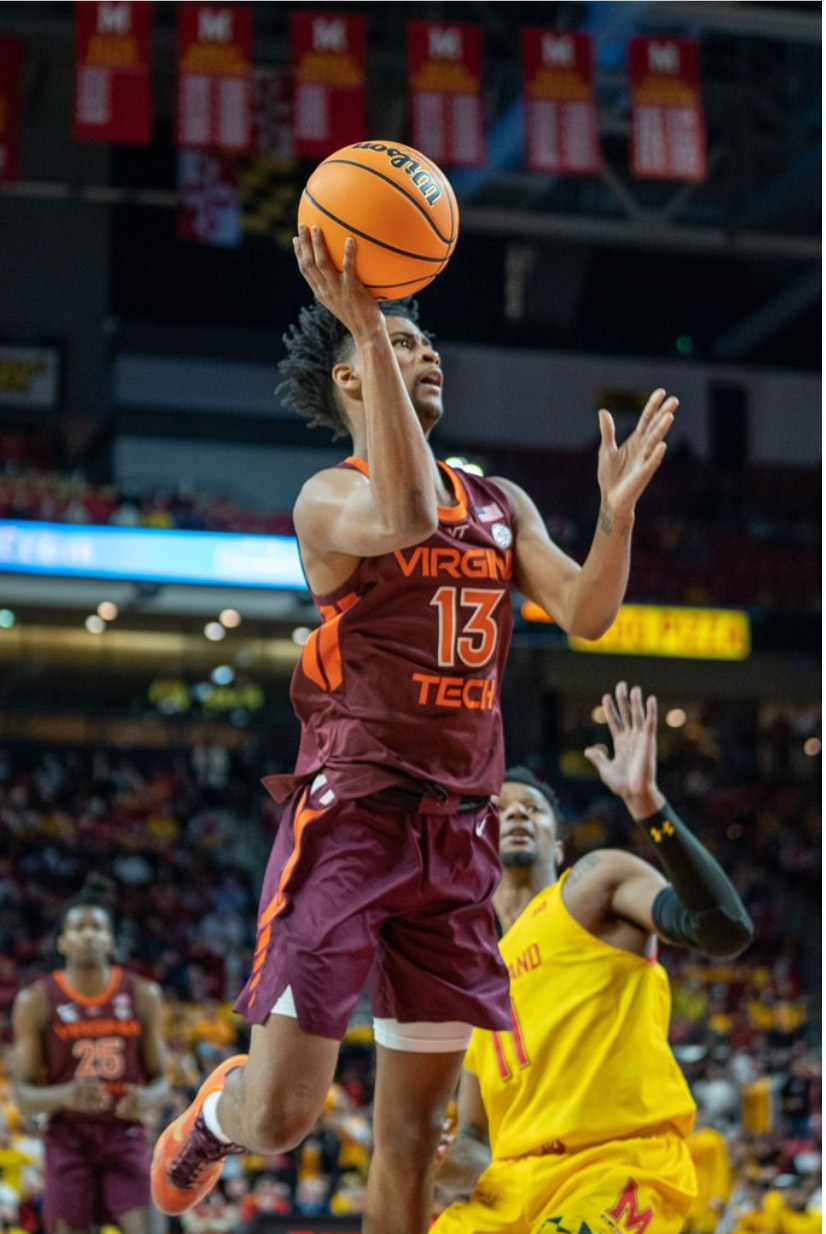 Maddox has come off the bench in the first eight games and averaged 15.9 minutes and 5.9 points per game. He knows his role with the Hokies, who were coming off a pair of close losses last week to Memphis and Xavier in New York.

“My coach wants me to come in with energy and play all aspects of basketball,” Maddox said.

And part of that directive is to help shut down opposing guards.

“As simple as it sounds, I don’t want my guy to score. I take it personally,” said Maddox, who led the Cadets to a record of 27-12 in his last year of high school.

It has been a big week in Blacksburg, as the Hokies named a new head football coach in former Penn State defensive coordinator Brent Pry. Those good vibes continued Wednesday night in College Park.

It was the second loss of the year for Maryland at home to a team from Virginia. George Mason beat the Terps here on Nov. 17.

“I talk to the guys about sticking together,” said Maryland coach Mark Turgeon, whose team fell to 5-3. “We had a great crowd; we weren’t able to get it done.”

The parents of Bias spoke to the media at halftime. Bias was a first-round draft choice of the Boston Celtics in 1986, only to die a few days later of a drug overdose.

He was inducted into the National Collegiate Basketball Hall of Fame in Kansas City on Nov. 21. Bias is the fourth Terp to be so honored, following Tom McMillen and coaches Lefty Driesell and Gary Williams.

The Bias family was recognized during a timeout in the first half and a replica golden Bias jersey with the No. 34 was given to the first 4,000 students on hand.

Archbishop Carroll athletic director Brian Ellerbe went to Bowie High and was a standout at Rutgers before a long career as a college coach. “Len Bias got cut from my middle school team his eighth grade, my ninth; we played against one another in high school two years: 1979-80, 1980-81,” Ellerbe wrote to DMVelite on Wednesday.

David Driver is a freelance writer and long-time resident of D.C. and Prince George’s County. He can be reached at daytondavid.com and @DaytonVaDriver.