GW Holds On To Beat Radford 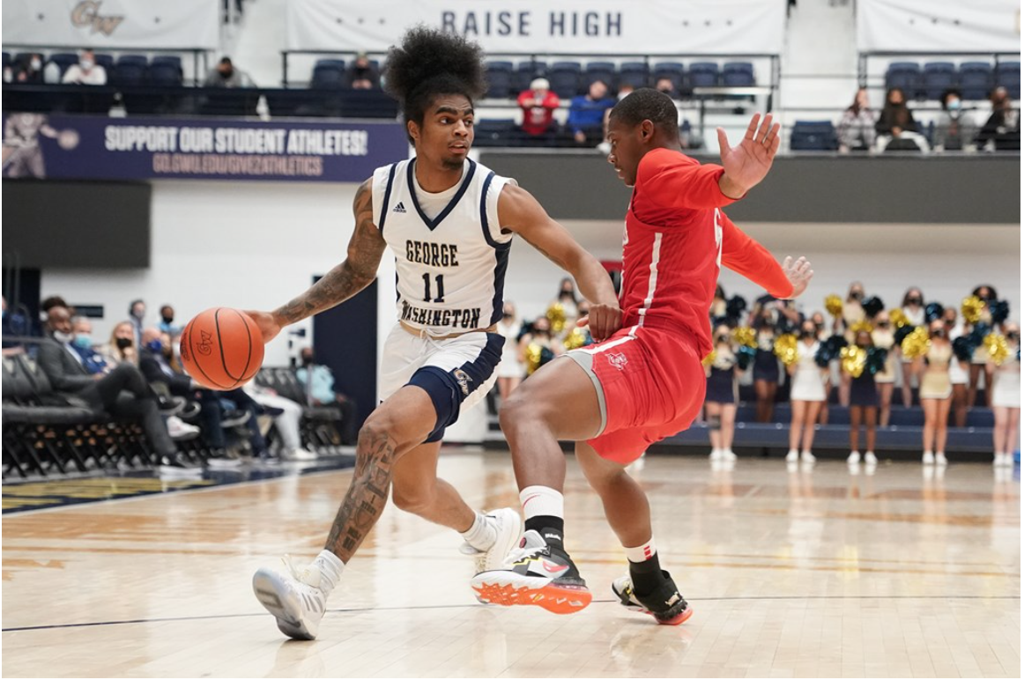 WASHINGTON – George Washington, in the end, must have known karma was on the side of the home squad.

Playing in Foggy Bottom on Monday night, the host Colonials watched as graduate guard Brendan Adams banked in a 3-pointer from the top of the key as the shot clock buzzer went off late in the game against Radford.

That gave GW a 60-44 lead with about 2:30 to play, and despite some bad decisions on defense down the stretch the Colonials won 67-58 in a game that featured several players from the DMV.

“At the end of the day, a win is a win,” said GW junior guard James Bishop, a product of Mount Saint Joseph in Baltimore.

GW led 55-39 before the Highlanders threatened.

“Defense is about getting the right defensive guys out there,” said Jamion Christian, the head coach of the Colonials and a former standout at Mount St. Mary’s.

Christian said his team will work on matchups on the defensive end before its next game, at home on Dec. 22 against Maryland-Eastern Shore. The Colonial then begin Atlantic 10 play on Dec. 30 against Saint Bonaventure, the preseason favorite in the conference.

Bishop had 21 points for GW against Radford, while Brayon Freeman (National Christian)  had 16 off the bench, Adams had 12 and Ricky Lindo, Jr. (Wilson) had 10 points and 14 rebounds.

Radford, which lost Saturday at James Madison, was paced by 14 points from Rashun Williams while Bryan Hart had 11 points and Washington, D.C. product Xavier Lipscomb had six points in 17 minutes off the bench.

Lewis Djonkam, the starting center for the Highlanders, is from West Springfield High in Northern Virginia and played in front of family and friends. He joined Radford this year after playing at VCU – another Atlantic 10 program.

“We have to improve on (lack of) turnovers for sure,” he said. “They were boxing out and playing defense.”

Radford had 14 turnovers while the Colonials had just seven.

The Highlanders made eight of 23 shots from 3-point range while the hosts were just 4 of 21.

Despite the loss, Djonkam is glad for his new home in southwest Virginia.

“For me, on and the court, it has been a great move for me,” said Djonkam, who had six points. “It is a great coaching staff, and great people who help me get better every day.”

Djonkam decided to transfer to Radford before the school hired Darrius Nichols, the first-year coach who had been an assistant at Florida.

“He is a great coach; he understands the game, he was a player himself,” Djonkam said of the former West Virginia University standout. “I am from Northern Virginia, so that is where it starts for me.”

Both head coaches are from Virginia: Nichols, in his first year with the Highlanders, is from Radford while Christian is from New Kent County, between Richmond and Williamsburg.

Another area connection for the Colonials is Eric Atkins, an assistant for GW who played at Mount St. Joseph's and at Notre Dame. Atkins and Radford coach Nichols both played pro hoops in Hungary before returning to the States and starting a career in coaching.

Editor's note: David Driver is a long-time writer in the DMV and can be reached at @DaytonVaDriver and www.daytondavid.com 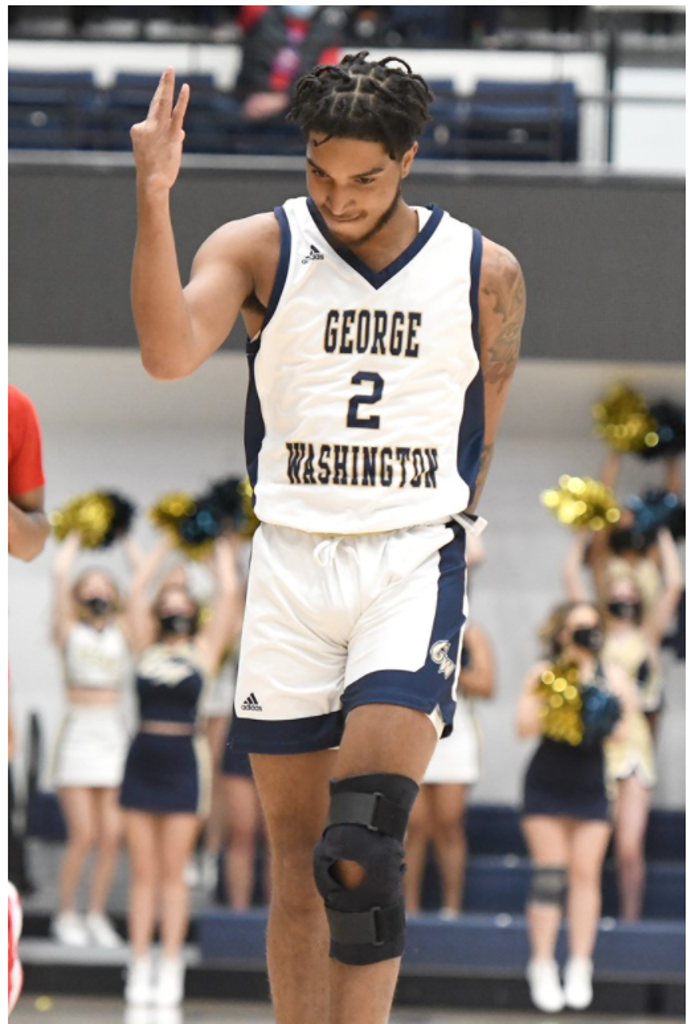