Oduro, Reynolds Shine In A10 Showdown 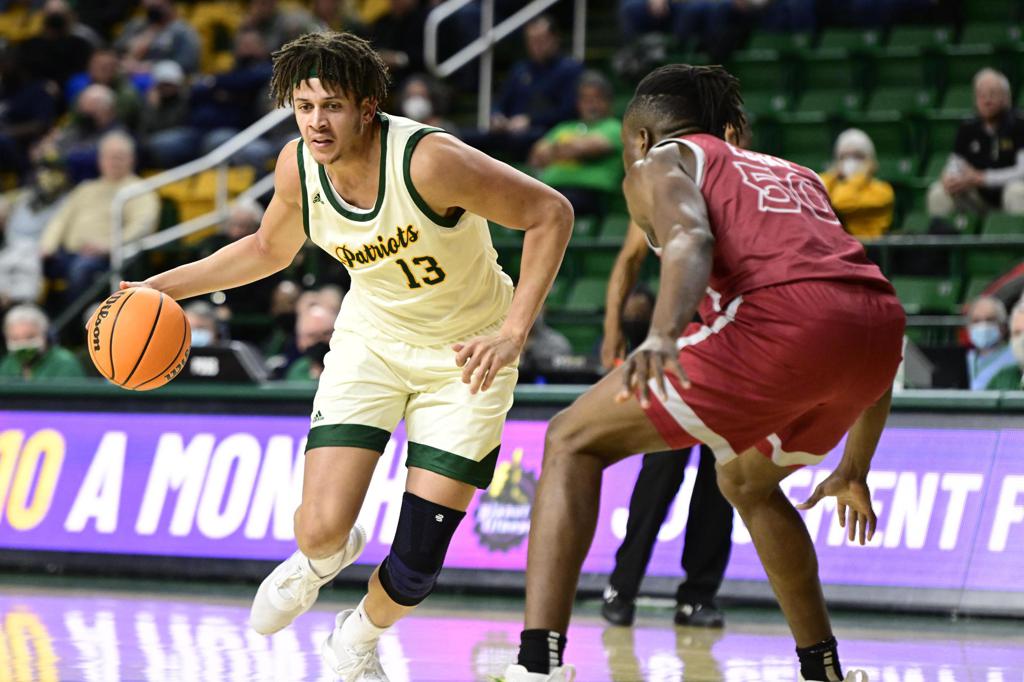 But Josh Oduro dominated the second half – and the game – as a pair of DMV high school products put on a show here on Monday night in an Atlantic 10 Conference contest.

A freshman guard out of Bullis (Md.), Reynolds had 13 points in the first half as St. Joseph's built a four-point lead over George Mason. But Oduro, the 6-foot-9 product from Paul VI (Va.),  ended the night with 31 points and eight rebounds as the Patriots came back to win 77-71.

“They are a good team. Oduro is a Player of the Year candidate [in the Atlantic 10]" Hawks’ coach and former Navy mentor Billy Lange said, standing outside his locker room  after the contest.

Oduro is now averaging a team-high 17.7 points and 6.6 boards per contest for Mason, which improved to 9-7 overall and 2-1 in conference play.

"He is very versatile," Reynolds told DMVElite.com of Oduro after the contest. "He can pass and attack and work outside of the low post. He is not just a straight low post player.

He was a challenge for us."

Reynolds had several key 3-pointers in the first half as the Hawks built a lead of 37-31. But he was held in check early in the second half, as he played through a nagging leg injury for a Hawks' squad that has now lost five of its last six games.

Reynolds ended up with a team-high 18 points for St. Joe's, which has lost the last four times it has played at George Mason. Reynolds said he had about 18 or 19 family members and friends on hand at Mason, after he had about 10 family and friends in Richmond on Saturday.

“We have to lock in on the small things that can affect us,” Reynolds said. “Offensive rebounds, not letting their shooters get (3-pointers) off, being able to get people off the dribble when they go to the basket. Just little things like that will really help us out.”

“They want to win so bad,” Lange said of his team. “This was a tough trip so far; we played two really good teams on the road. I am proud of our guys but we have work to do. They had two offensive rebounds in the last five minutes of the game that you have to come up with it.”

Another DMV guard for the Hawks is junior Cameron Brown, who played at Eleanor Roosevelt. He also started and had nine points and three boards.

Going into the game Monday, Reynolds was averaging 9.2 points per contest while Brown was scoring 7.5 points per game.

“Cam has been a rock-solid, program leader for us,” Lange said of Brown. “He continues to provide value in so many ways. We think the world of Erik. He has been really aggressive offensively. We couldn’t be happier to have him. He is going to be a great one for us.”

Reynolds scored for the first time in the second half with a layup that trimmed the margin to 73-71 with 54.1 seconds to go. But Mason’s Davonte Gaines snuck inside for an offensive rebound and his basket made it 75-71 with 23.1 ticks remaining to seal the win.

The Hawks had 17 turnovers while Mason had just four. St. Joe's went to the foul line just four times, while the Patriots were six of eight from the stripe.

"The turnovers should not be that high versus that low" for Mason, Reynolds said.

The freshman is pleased with his college choice.

"Since I have gotten here everything has been good," Reynolds said. "A big family atmosphere; with the help of the staff ... my teammates have really helped me a lot."

“We need to go through these shared experiences together,” Lange said.

Despite the homecoming for Reynolds and Brown, the night belonged to Oduro. George Mason hosts St. Bonaventure on Wednesday.

"Both teams played extremely well, particularly on the offensive end," Mason head coach Kim English told reporters. "I'm really proud of our group for digging in. I'm proud of our atmosphere – our students were great. We need you on your feet and loud. Fairfax County, Northern Virginia – we need you at these games. Our guys are giving it their all for George Mason University. A great effort all around tonight."

Editor's note: David Driver is a long-time writer in the DMV and can be reached at @DaytonVaDriver and www.daytondavid.com; his book "Hoop Dreams In Europe" is slated to be published by March. 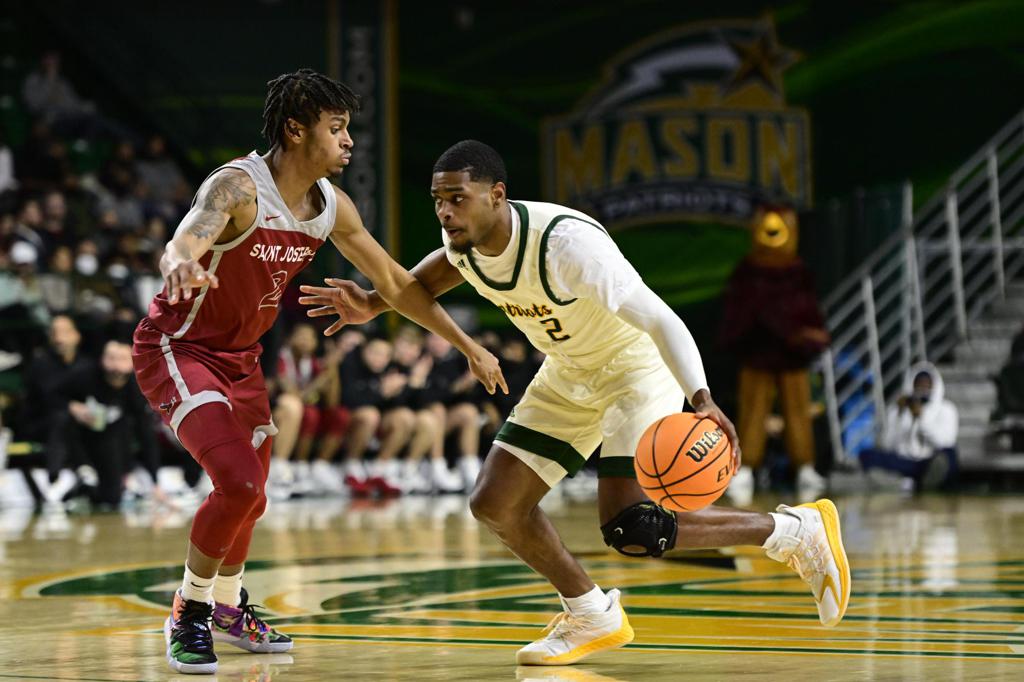