A look at some of the top storylines and games to watch this week. 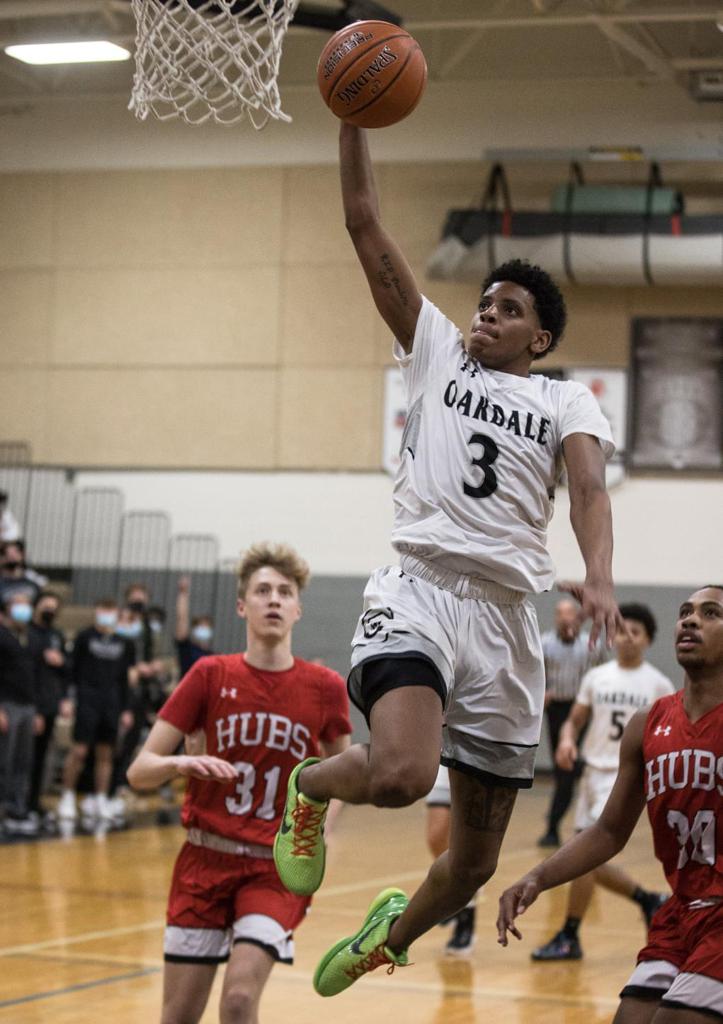 FREDERICK, MD – In the midst of last Tuesday’s crosstown rivalry at Linganore High School, Oakdale boys’ basketball coach Brandon Long pulled down his facemask for a brief moment to project his demand that much louder.

A fews seconds later, 2024 guard Evan Austin raced toward halfcourt to pick up the ball, thus inducing one of the handful of turnovers fueling Oakdale’s 11-0 run to start the game.

“I was so pleased with our guys intensity wise,” Long said afterward. “But once again, the issue is, we are – other than [2022 guards] Cameron Dorner and Alex Hawkins – we’re an extremely young team after the COVID-19 switch, as is everybody. But we have two guys that only have varsity experience.

Oakdale ultimately lost the contest, 48-43, and couldn’t quite support its defensive strength on offense.

The Bears did, however, employ a full, healthy lineup that’s well-suited athletically and defensively.

Dorner, a recent Shepherd University commitment at 16.9 points per game, and Hawkins – Frederick County’s second-leading scorer at 23.9 points per game – are all that remain from the Bears’ 2020 run to the state final four.

Austin is the team’s third-leading scorer at 10.6 points per game and this past weekend went on an official football recruiting visit to Penn State University.

At 6-foot-5, 2024 forward Dominic Nichols holds down the frontcourt and 2022 guard Cainan Schmidt accounted for both of the Bears’ 3-pointers vs. Linganore.

“I think we strapped up and played good defense,” Long said. “We just couldn't score for a long stretch there in the second half, and they did.”

More notes from around Frederick County:

Games to watch this week