Gibson A Key To Towson Turnaround 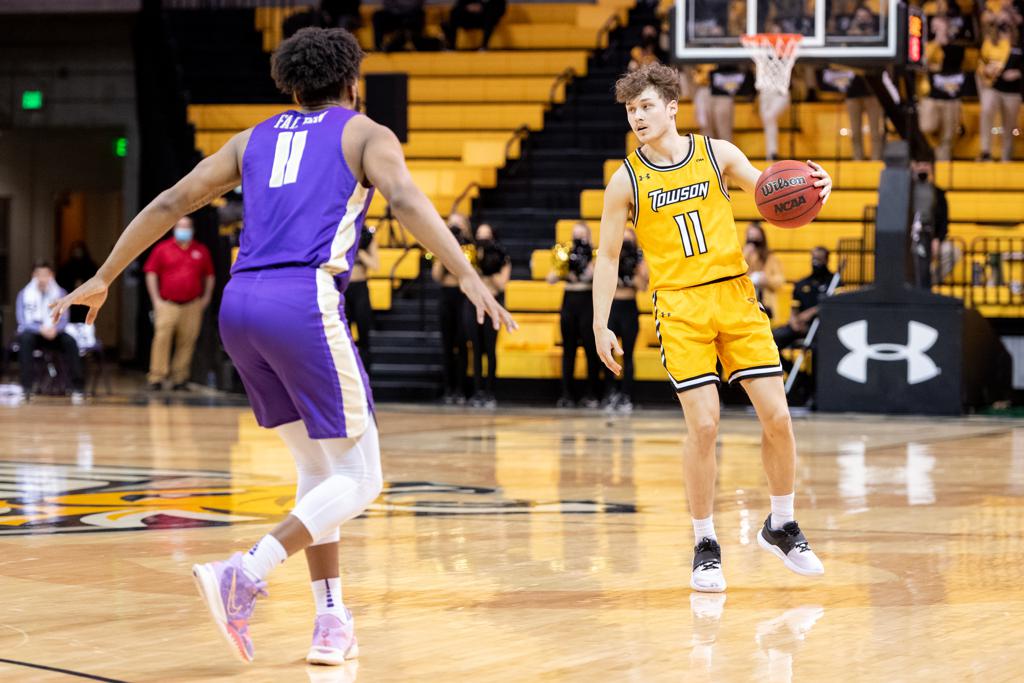 HARRISONBURG, Virginia – Coming out of high school, Sidwell Friends(DC) graduate Jason Gibson didn’t have much angst about his college choice.

Once he was offered a scholarship by Towson, the former Severna Park (Md.) resident knew where he wanted to go to school.

“It was a great school,” he told DMVElite.com this past weekend. “I grew up knowing about Towson, going to football games.”

Now the junior is part of one of the best basketball seasons in program history, as the Tigers will be the No. 1 or 2 seed in the Colonial Athletic Association tournament and will play March 6 at the Entertainment and Sports Arena in southeast Washington.

After a record of 4-14 last season, Towson improved to 23-7 and 14-3 in the CAA with an impressive 95-59 victory against James Madison here in the Shenandoah Valley on Saturday before more than 5,000 fans.

While the outcome probably wasn’t in doubt by halftime, Gibson hit a pair of 3-point shots early in the second half to build the lead as Towson made 14-of-25 long-range shots and outrebounded JMU by a margin of 44-25.

“Our guys were ready and they played at a high level,” Towson coach Pat Skerry said. “It was a great crowd in here today. It was such a bad year last year … with the lack of practices. I am just appreciative of these guys. It is as nice a group of guys as I’ve had in 30 years of coaching.”

A starting guard, Gibson finished with eight points, five assists and five rebounds in 29 minutes in the win. He is averaging 9.7 points per contest and has 65 assists, the third-best total on the team.

“He is a big part of it,” Skerry said of Gibson. “He can shoot it. He had major back surgery last year; he is tougher than he looks.”

“He had COVID earlier in the year and that is when he didn’t play those games out west” at the Las Vegas Invitational in late November, Skerry added.

Gibson had more than 1,500 points in high school and helped Sidwell Friends win the District of Columbia State Athletic Association Class AA championship as a senior in 2019.

He captured the DCSAA State Tournament Most Valuable Player and Player of the Year. He was named the DMVelite DC Player of The Year that season as well, while fellow Towson starter Charles Thompson was the DMVelite Northern Virginia Player Of The Year at St. Stephen’s & St. Agnes.

Gibson and Thompson were travel teammates while growing up and played against each other in high school. Thompson had four points and four rebounds against JMU while Terry Nolan, Jr. (Mount Carmel) had five points and six assists off the bench and big man Chase Paar (Glenelg Country) had eight points and six boards as a reserve.

Nolan and Paar both played at George Washington before transferring to Towson, with Nolan making a stop at Bradley in between.

Gibson, meanwhile, had a connection to Towson long before he came in as a freshman.

His step-uncle, Dan Crowley, was a standout quarterback for the Tigers in the 1990s and is in the school’s Athletic Hall of Fame. Crowley later joined the school in athletic administration and was recently the interim athletic director before Dr. Stephen Eigenbrot was named to the post in the middle of February.

Gibson started the final 19 games in 2019-20 and was an all-CAA rookie team member as he averaged 8.4 points per game as a freshman.

In the shortened COVID season, he averaged 9.6 points per contest as a sophomore and played in 16 games with 12 starts.

This season, he joined the starting lineup in early January and has been there since.

“We had injuries (to Nolan and others); luckily we have so much depth it doesn’t matter who is starting on any night; we are just going to play,” Gibson said. “This all started out in the summer with good chemistry, and we have been connected since the summer when everybody got here. Unfortunately, we weren’t able to do that in the COVID season. We really couldn’t get that connection in the summer (in 2020) and build on it. It was definitely nice to have that change this year and get everybody connected. Just all of the time we spent and practicing more and getting a feel for each other’s games. That is what leads to chemistry.”

Gibson has embraced his role under Skerry.

Skerry, who grew up near Boston, became the Towson coach in 2011. The Tigers have not won a regular-season title since 1993-94 when Towson captured the Big South crown.

“I just like how he gives us confidence,” Gibson said of Skerry. “He is always talking to us guys, giving us energy.”

Towson will host Delaware tonight at 6 p.m. as the teams finish a game that was halted earlier this year due to a wet floor at Towson. With a win, he Tigers will claim a share of the regular-season title with UNC Wilmington and gain the No. 1 seed for the CAA tourney.

After Monday, Gibson and his teammates can focus on the CAA tournament. The winner of that event gains an automatic bid to the NCAA tournament.

“We are having to come in with an unbelievable energy, especially defensively,” said Gibson, who is studying psychology. “I hope we can get fans out. We will have to advertise it and such, but I think it’s a possibility.”

Said Skerry: “It comes down to three games in D.C. and hopefully we play well.”

Editor’s note: David Driver has covered college basketball in the DMV for 25 years and can be reached at www.daytondavid.com and @DaytonVaDriver. His book, “Hoop Dreams In Europe: Americans Building Basketball Careers Overseas,” is due out in early March and will be available on Amazon. 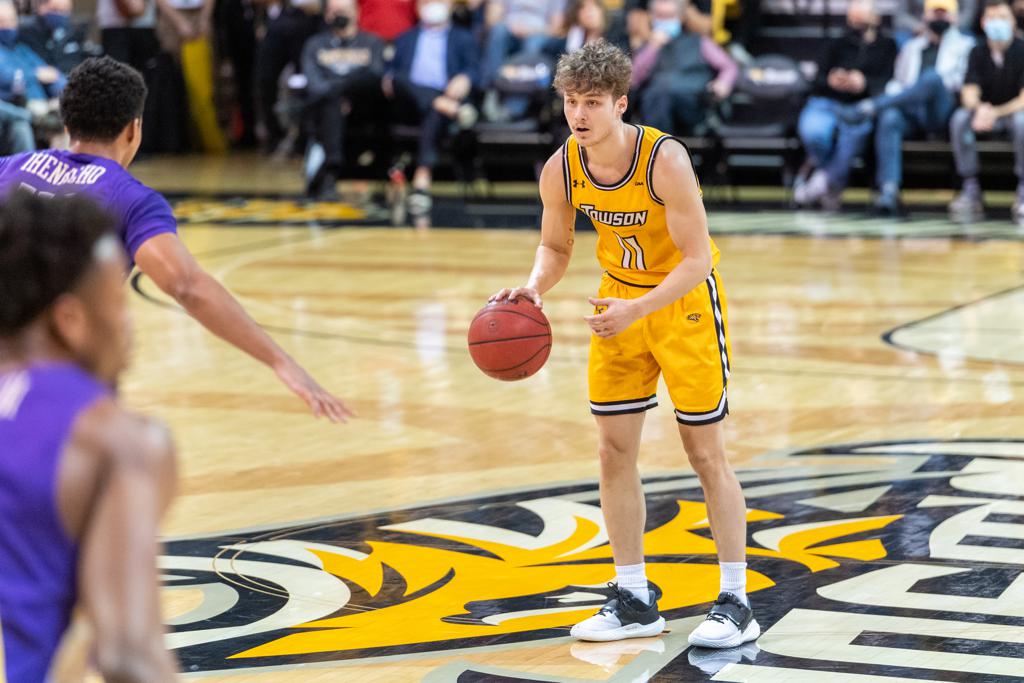