The former DeMatha (Md.) standout provided a boost off the bench. 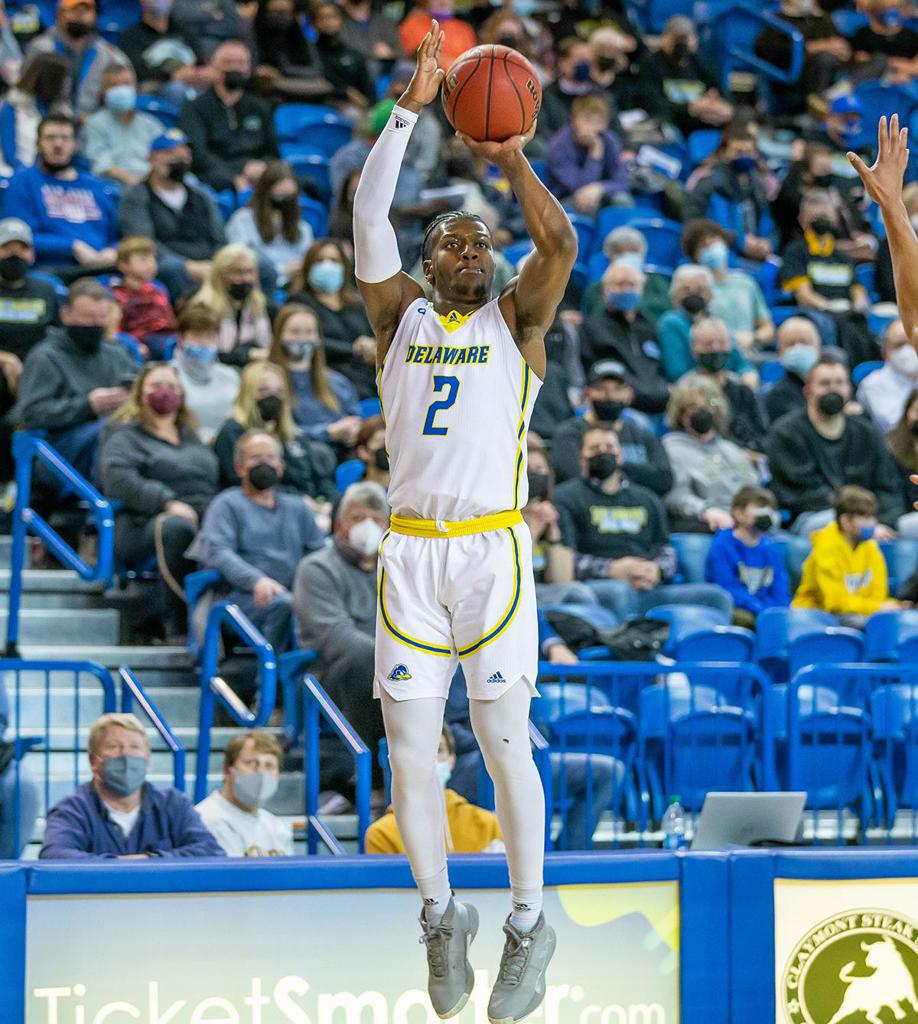 WASHINGTON – “That is why these guys came back,” said Delaware coach Martin Ingelsby, sitting at the podium Sunday night at the Entertainment and Sports Arena in southeast Washington.

His Blue Hens’ squad – which had several players return for another run – had just defeated rival Drexel 68-61 in the Colonial Athletic Association tournament as Jyare Davis had 17 points and 10 boards and Jameer Nelson, Jr. had 11 points.

One player who came back was guard Ryan Allen, the Bowie resident and DeMatha Catholic product who came off the bench and had nine points and three rebounds in 22 minutes.

“Our guys will be ready to go; we have a heck of a challenge against a great Towson team,” Ingelsby said.

Starting guard Ebby Asamoah of Rockville and Magruder High had three points and five boards for the Blue Hens.

Allen played in 29 regular-season games with 19 starts this season and was third on the team in scoring at 12.1 points per contest.

“He was part of our first recruiting class,” Ingelsby said. “He is going to go down as the No. 3 player in scoring in the history of our program, a guy that can really put the ball in the hoop. He is a guy that has played a lot of college games. He is experienced; we need him to play well and make shots. He is kind of an X factor for us.”

“He is a competitor, he wants the ball in his hands. I know he is excited in this last go-round to get back to D.C. in his hometown, where he played in the bright lights in high school and was part of a great tradition at DeMatha. He wants to go down there and play for a championship,” the coach added.

Drexel’s James Butler, a product of Lake Braddock and transfer from Navy, had five points and eight rebounds in 25 minutes off the bench.

Butler played in 24 regular-season games with 12 starts and averaged 8.4 points per contest.

His father, Vernon, was a standout at Navy, and his older sister, Natalie, played at George Mason, Connecticut and Georgetown.

The younger Butler is a graduate student who has dealt with injuries this season but still has more than 1,000 points and 1,000 rebounds in his career. He played in 24 regular-season games with 12 starts and is averaging 8.4 points per contest this season.

“I don’t know if I can properly put words into it,” coach Zach Spiker said of Butler’s career. “Just to tell you … body language would better describe our appreciation for JB. We met last spring; James Butler had a chance to play pro basketball last year and tried to be really a matter of fact. He wanted to come back and he wanted to come back a large part of what we are about.”

"It is the less healthy season he has had. He has done everything right; anything they suggest he does it,” Spiker said of the training staff at the school. “He had an unfortunate collision, I guess, early on in league play and I know he hasn’t been himself. He is a guy who has been an all-conference performer. He has handled this season … like an absolute champion. He has given us his best effort. I will never be able to say enough about the teammate that James Butler is or the person he is. I think his accolades speak for themselves.”

The Drexel roster also included Terrence Butler, who is from Upper Marlboro and played at Bishop McNamara. He played just four minutes in one game this season.

The Delaware roster includes a pair of DeMatha Catholic products from Bowie: Allen and Reggie Gardner. Other DMV players are Wes Peterson, who played at Bishop O’Connell in Arlington; Logan Curtis, a Baltimore resident from Calvert Hall; and Davis Long, from Sherwood High.

In the first game Sunday, No. 1 seed Towson got 25 points from Nicolas Timberlake and 18 points and six assists from Cam Holden to beat No. 9 seed Northeastern 68-61.

Towson starter Charles Thompson (St. Stephen’s & St. Agnes) was limited to two minutes in 15 minutes and may have an ankle sprain, according to coach Pat Skerry. The veteran mentor hopes the Prince George’s County product can play Monday in the semifinals.

Jason Gibson of Sidwell Friends had four points and two assists for the Tigers.

“It was a great win for our guys and our program,” Skerry said.

Editor’s note: David Driver has covered college basketball in the area for 30 years and can be reached at daytondavid.com and @DaytonVaDriver; his book “Hoop Dreams In Europe: American Basketball Players Building Careers Overseas” is available on Amazon. 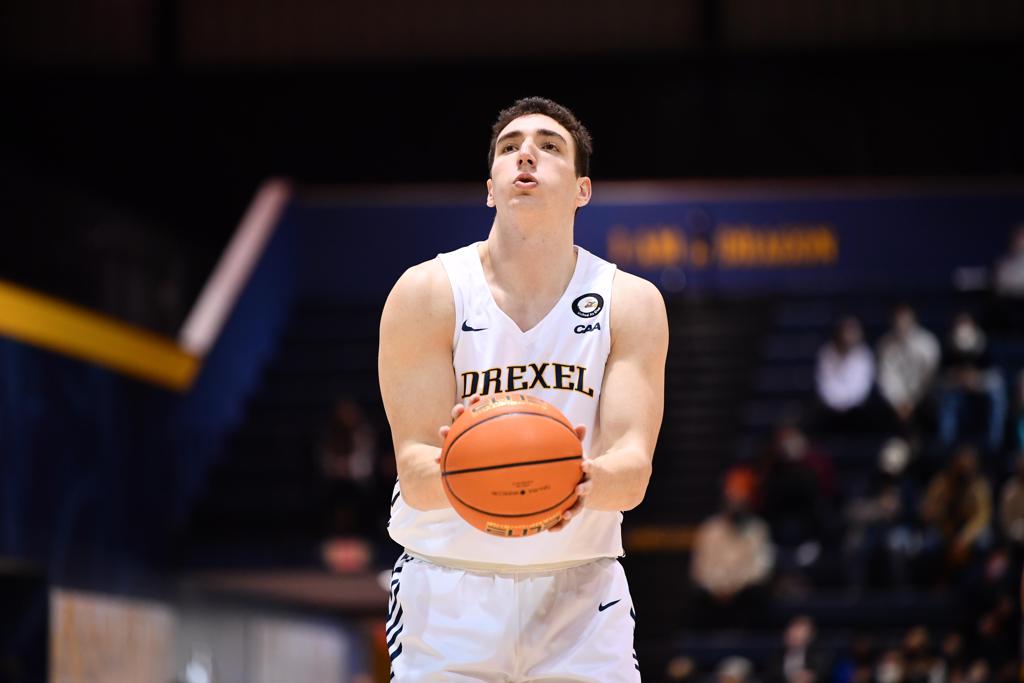