Bryce Lindsay's last-second winner, and more notes from the opening day of action. 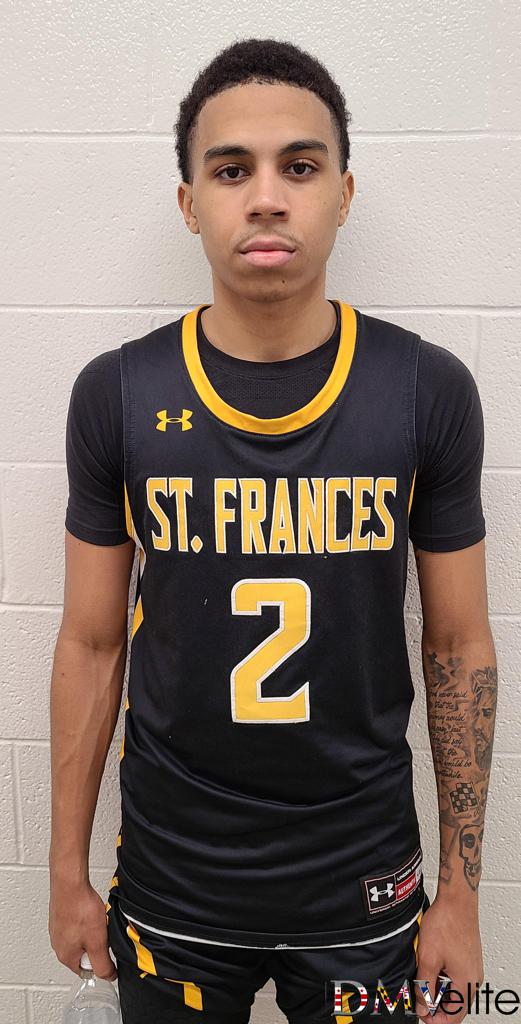 Lamothe To Lindsay Wins It For St Frances

The purpose was twofold - first, to try and ice Quigley, and second, to draw up a plan in the event of a make.

After Quigley coolly nailed the second shot to tie, SFA 2023 guard Jahnathan Lamothe grabbed the ball on the baseline, turned and fired a perfect pass to streaking 2022 guard Bryce Lindsay at halfcourt over the outstretched arm of Jaren Curtis.

Lindsay took a look at the clock and drove to the basket, where he laid the ball in and was fouled with 0.8 seconds remaining to give the Panthers a 66-64 victory at Frostburg State University's Bobcat Arena.

“[Lamothe] is good at those long passes,” Lindsay said, “so when we were in the huddle I told him, ‘Just throw it, I’m running.’ He threw a great pass, and I just laid it up. … I looked at the clock to make sure there was time, because I was about to shoot it - I was about to shoot a 3. But I looked at the clock and I was like, ‘OK, I’ve got enough time to get to the rim.’”

The South Carolina-bound Lindsay finished with 17 points to lead the Panthers, who advanced to the Alhambra semifinals for the first time since 2009. They will face DeMatha today at 7:30 pm.

Lindsay - who transferred in from Poly for his final season - is embracing the chance to close his high school career on a winning note.

“It means a lot,” he said. “I wanted to be home for my senior year and have fun with my guys for my last year before I go away for a minute.”

Myles said he's told his players to enjoy the opportunity to compete in one final event this season.

“Just enjoy playing basketball in March," he said. "My seniors, this is their first time as a group [at Alhambra]. Its March Madness and you want to see stuff like this. We want to win, of course, but have fun. Its the last three games of the season for my underclassmen, and for my five seniors its their last time being together. So just have as much fun as possible and enjoy being high school basketball players.” 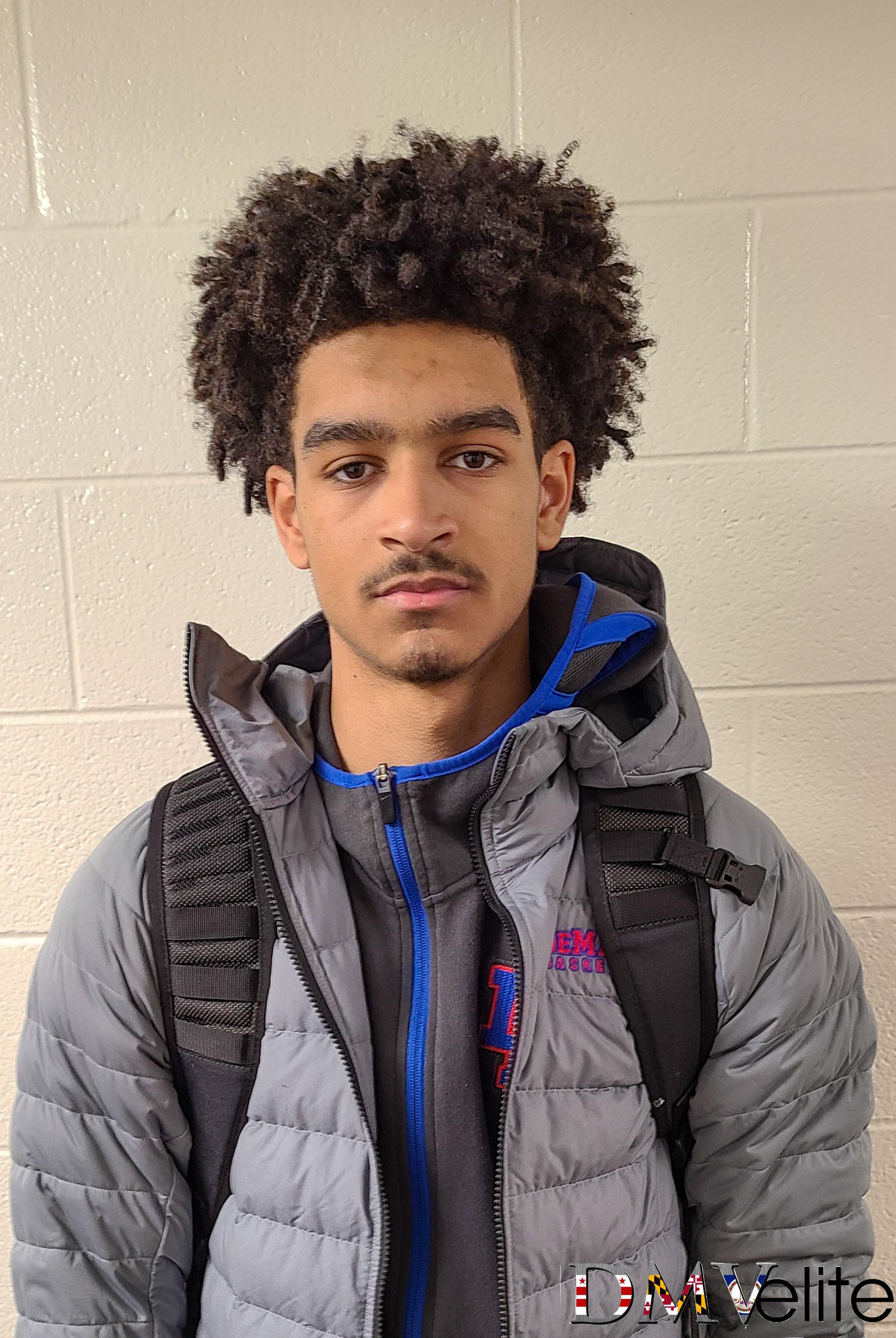 DeMatha found itself in a hole early in Thursday’s game against Bishop Walsh, and that hole seemed like it was only going to get bigger.

The tourney host Spartans got a huge boost playing in front of their home fans, and used that energy to jump out to a 22-17 lead after one quarter and a 37-28 lead at the half.

They trailed by 11 points with three minutes to go in the third quarter but rallied behind their two Division I-bound senior guards, Rodney Rice (Virginia Tech) and Tyrell Ward (Xavier).

The Stags finished the game on an 8-0 run to close the game and come away with a 61-57 victory.

“[The key was] us just being together and being able to battle through adversity, honestly,” Ward said. “We’ve been here before, so I feel like the best teams play through the most adversity.”

Rice had a team-high 21 points, 11 rebounds and 4 assists for the Stags, while Ward had 12 points and made key plays on both ends down the stretch.

“This is my last three games, I’m going to leave it all out on the floor," Rice said. "I want to leave on a good note and just play hard, really.”

Stags coach Pete Strickland said he was pleased with how his team used its defense to jumpstart its rally.

“It's hard to do, but we somehow found a way to come together there late,” he said. “When you’re getting your hat handed to you and you're down 11 and 12 late, it's difficult to find a point of unification, and we did, in our halfcourt defense. It was a little surprising to me because it hasn’t been really our forte. But the game slowed a little bit too, and that helped us, because they probably wanted to play a little bit faster; that’s where they were getting some shots early and they were spreading things out in transition and we couldn’t get to them."

"We just got connected there late, and when you get a couple of easy ones, your guys start believing again. Jaden Winston did a great job of ballhawking out front, Logan Lewis had a couple of tips, Tyrell had a steal, and now we’re off and running.”

A HOMECOMING (OF SORTS) FOR HUTCHINSON 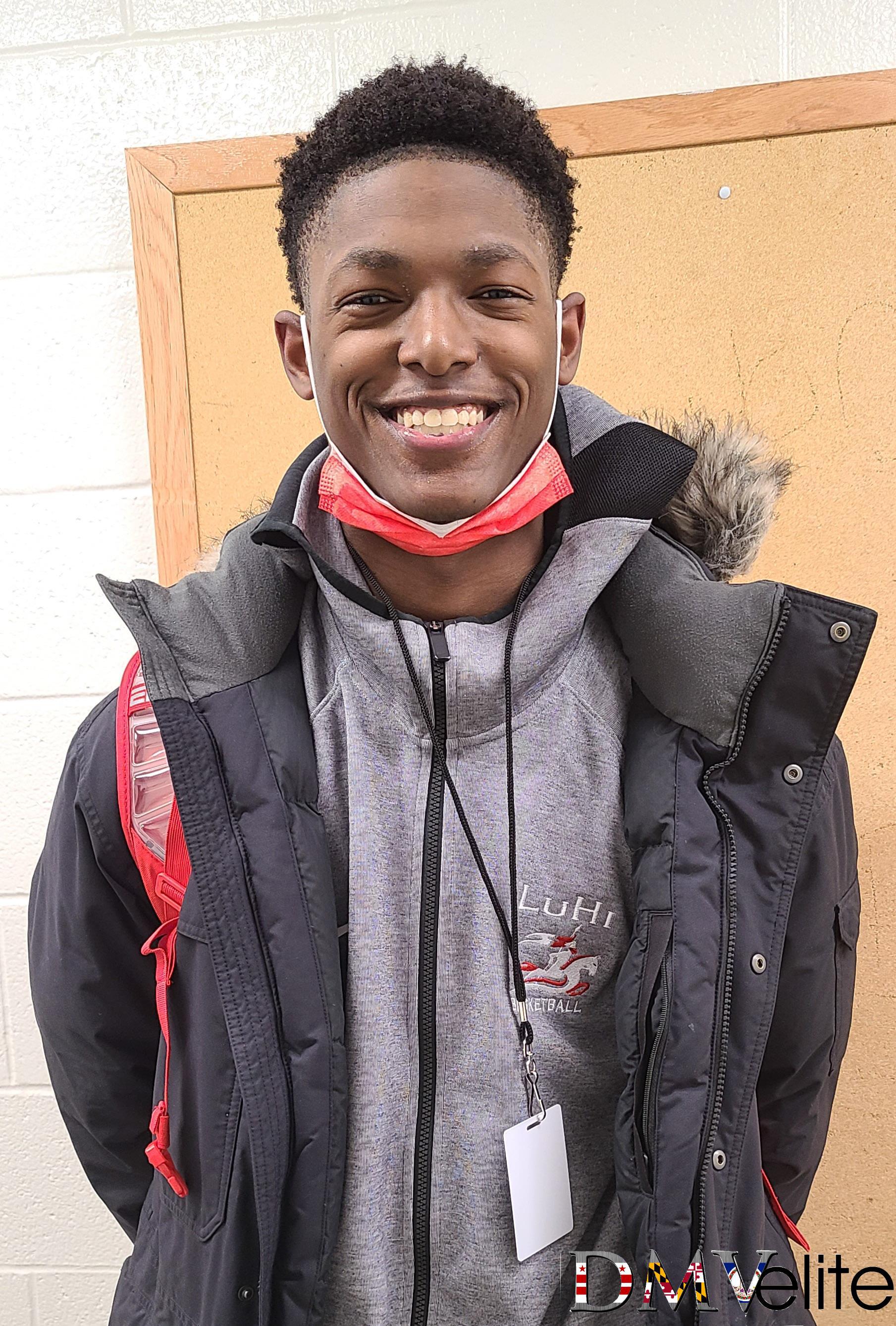 Upper Marlboro, Md. native Louis Hutchinson hasn’t had the chance to get home - or anywhere close to it - often since transferring to Long Island Lutheran (NY) for his senior season.

So when the 2022 guard found out his team would be making its inaugural Alhambra appearance, he was thrilled.

“It’s a surreal experience for me,” he said after his team’s 62-46 win over Gonzaga on Thursday. “I’ve heard about Alhambra since I was little, so to be able to come out here and play under the lights and perform is a great experience. Once we found out we were going to do that, I was real excited, so I’m just happy that we were able to come down here and perform.”

Perform they did, as Hutchinson and his teammates jumped out to an early lead and never looked back to down the Purple Eagles. Hutchinson finished with 8 points and 6 rebounds. 2023 guard Jayden Reid led the Crusaders with 16 points, while Providence-bound 2022 guard Jayden Pierre had 12 and 2022 senior forward Jaxon Koroll 10.

Hutchinson said his father, mother and sister are in attendance this week. The 6-foot-6, 180 pounder spent time at Maret (DC) and Episcopal (VA) before leaving the DMV, first for IMG Academy before ultimately settling in New York, where his father is from.

“The school he went to actually played LuHi when he was in high school,” Hutchinson said, “so he knew about it and it's been a historical powerhouse for years, so it was kind of like a homecoming for him and for me. I have a lot of different family up there, and I talked to the coaches before getting there and I love the coaching staff and I love this team. On this team I’ve kind of found my role, and I feel like I can do a lot of different things. I can score, I can rebound, I can pass, I can defend; but like, it depends on whatever the team needs from me in that game.”

Hutchinson said he has offers from Memphis, Mississippi State, Texas A&M, Howard, Coppin State and Mount St. Mary’s, with interest from several other high major programs. He;s waiting to see how things play out before potentially making a decision in April or May.

“I’m happy where I’m at with my recruiting,” he said, “and I’m going to go to the place that wants me and the place that's going to be the best fit for me. So I'm not necessarily making a decision right now but my recruitment us still open and I'm just excited to finish out the season and see what happens for me.”

The action picked up big time in the second half, though, with the Panthers making enough plays down the stretch to win.

PVI 2024 guard Ben Hammond hit a big 3-pointer and 2022 guard Dug McDaniel followed with a breakaway slam to put PVI up five with three minutes to go. MSJ made one last run to close the gap, but PVI held on.

I just thought our guys just stayed in the moment,” PVI coach Glenn Farello said. “Ben [Hammond] hit another big shot for us - he’s done it all year, you’ve seen it. He just finds ways to make plays in the fourth quarter for us all the time. He hit clutch free throws and Dug obviously hit clutch free throws, so I just thought that they stayed in the moment. We’ve had so many close games like this, so we’ve been battle tested in these moments, and I just thought that we were able to just stay with it. We never gave the lead back up - they tied it at 46. We couldn’t pull away - they’re a great team - but I’m just real proud of our guys for finding a way in the fourth quarter again to make enough plays and find a way to win and fight for each other.”

The Panthers will face Long Island Lutheran (NY) in the championship bracket semifinals today, while Mount St. Joseph will face Gonzaga in the consolation round.

A DEMATHA LEGACY IN CUMBERLAND

As the two-time defending champions - and 25-time winners overall - of the Alhambra Catholic Invitational, DeMatha has a lot to live up to in Cumberland, and coach Pete Strickland said he’s tried to get his team to embrace it.

“I’ve been trying to tell our guys how much it does mean to DeMatha - how much Cumberland means to DeMatha, and how much DeMatha means to Cumberland,” he said. “They’re young and we realize those things so much later in life - I mean, I played here as a high schooler and I didn’t know what it meant to DeMatha, but I just knew the people up here treated us so nicely. So I’ve tried to get them to figure that out, and just to make them understand that people love us up here. Morgan [Wootten] had great success here and Mike [Jones] followed it with more great success here. We have such a great name up here, so keep your shirts tucked in, guys, and play the right way. I want that to resonate with our guys, because the City of Cumberland has been so good to DeMatha over the years. I know it sounds corny, but it's really not. We’re a part of this community, particularly in the second week of March for many, many years.”