The Hawks capped an undefeated season with the Virginia 6A Championship 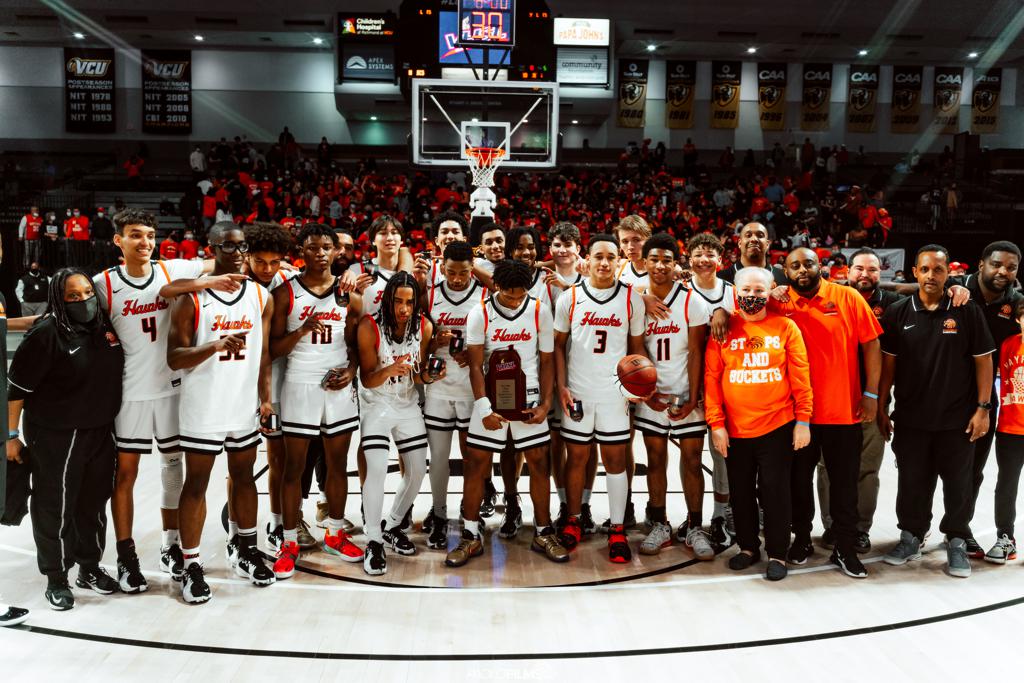 Friday afternoon in the Class 6 high school boys’ basketball championship game against Battlefield, the Hayfield Secondary School junior wing probably could have risked it and tried out something fancy.

With just fewer than 2 minutes to play and the Hawks cruising, Jones mustered what appeared to be all available power for the aforementioned two-handed slam, putting a loud point on a dominating Hayfield second half, during which the Hawks pulled away en route to a 67-47 win, an undefeated season and the first boys’ hoops state title in the school’s 54-year history.

“I really wanted that dunk to end the game, just to seal the deal. … An exclamation mark,” said Jones, who had a monsterous block less than a minute earlier. “ I just saw they were coming out of a rebound and then I saw the guy had the ball. He wasn’t looking up for the defense and he just passed it to his guy, not knowing I was right there, swooping in.”

he 6-foot-5 Jones finished with a game-high 23 points for the Hawks (32-0), who outscored Battlefield, 34-18, in the second half. Jones also had five rebounds and four steals while making eight of nine free throws and three of four 3-pointers.

“Extremely hard,” said Battlefield senior Bryce Hammersley, who had nine points and six rebounds. “He’s really good. He’s got all three aspects of the game down. You try to take away one thing and he comes back with another.”

The Bobcats (20-7) had just four field goals in the final 13 minutes, 43 seconds, struggling against Hayfield’s full-court pressure. For the game, Battlefield had 24 turnovers to the Hawks’ 13.

Junior Maddux Tennant led the Bobcats with 12 points, including three 3-pointers. Two of them came back-to-back midway through the second quarter, giving Battlefield its last lead of the game. Hayfield took it back for good on a runner from junior DJ Holloway who finished with 11 points. Junior David King added 12 points and senior Braylon Wheeler had 10, along with four assists, in front of four buses worth of Hayfield students. They made themselves rowdy for the duration at one over-stuffed end of the Siegel Center floor.

“At the beginning of the game, we definitely didn’t play our usual [style] of basketball,” Wheeler said. “Battlefield, credit to them, they did a really good job with honing in on what we do and containing us and keeping us out of the paint early on in the game, and we weren’t hitting shots. … I think we just needed a little bit more movement, and as the game went on, we got through the second and third quarter, getting ball screens and a little bit more drive-and-kick action.”

This season, Hayfield has made it their signature to excel in third quarters. The Hawks did it again Friday after a tight first half. There were six lead changes and three ties before they went on a 13-2 run to close the third quarter.

“I would like to think that it’s halftime speeches,” Hayfield coach Carlos Poindexter said, laughing. “Sometimes it is halftime speeches, but other times, it’s just them locking in — and then we also turn up the pressure a little bit more in the third quarter. We’ll play man-to-man — full court — but not like real pressure. We just do it to make them uncomfortable, and once we get to see their tendencies and where they like to go on offense, we try to take all that stuff away, and our guys did a great job of even recognizing that themselves.” 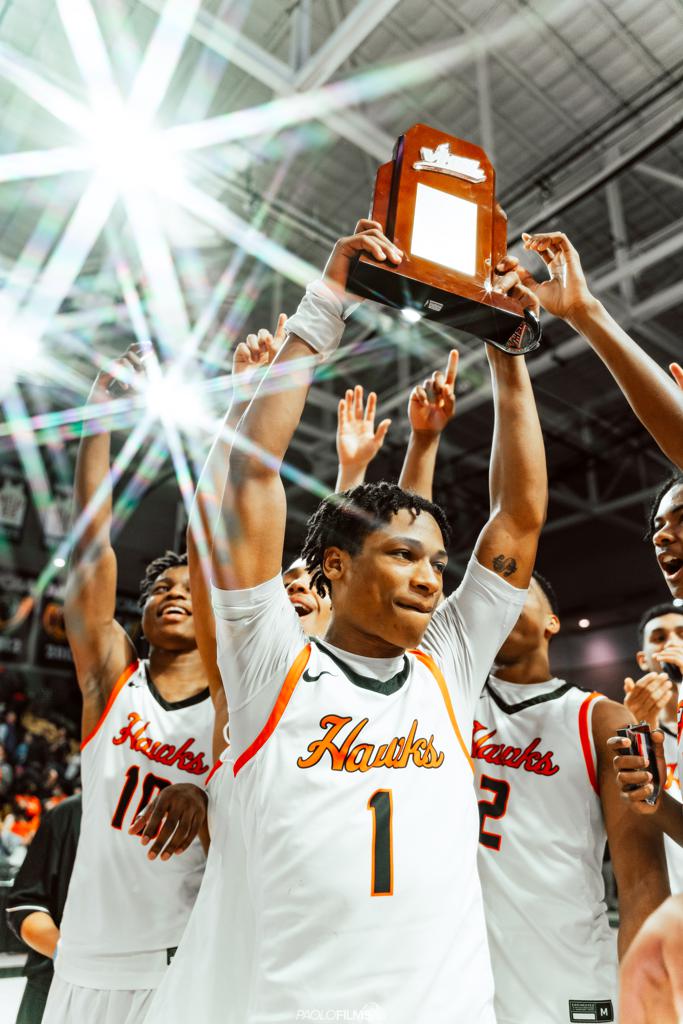