3 In A Row For Lake Clifton

The Lakers downed city rival Edmondson to win the Maryland 1A title. 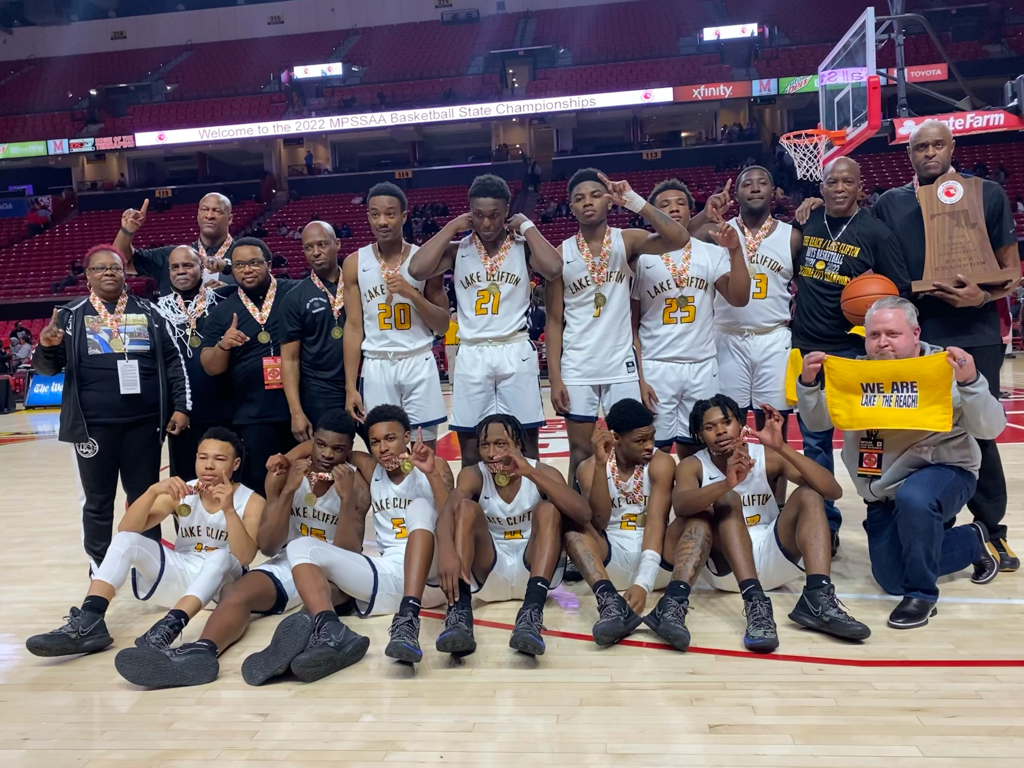 COLLEGE PARK, MD – Lake Clifton coach Herman Harried swung his body away from Gary Williams Court inside University of Maryland’s Xfinity Center and pointed to the fans that poured out adoration.

The Lakers had won their third-straight MPSSAA boys’ basketball title on Friday evening in a 60-46 decision over intra-Baltimore rival Edmondson, but two long years stood between that continuation.

Baltimore City public schools were not among the many Maryland teams that salvaged a condensed season during the COVID-19 pandemic last year. The year before, needless to say, was cut short because of the pandemic’s conditions.

Nearly two years without basketball devastated Harried and all his players. When Lake Clifton (21-1) was presented with the Class 1A title trophy, Harried took the ceremony from midcourt to the sideline and hoisted the hardware toward the rooftop.

“It’s been a long grind. It’s great to be back to basketball again,” Harried said. “They could’ve played this game in a rec gym and I would have been happy doing that. We were away for basketball, and I just didn’t know what to do with myself. I wasn't connected to my kids the way I'd like to be academically, supporting them emotionally. The key to this was we stayed connected virtually."

“I think that carries over into this season because we didn’t get away from each other. We stayed connected the whole time off. We put that work in during the season, and here we are now.”

It’s also the 11th state tournament in a row that Lake Clifton or Edmondson had partaken in, two schools that know each other too well.

Lake Clifton beat Edmondson twice in the regular season: the first a 49-47 contest that came down to the buzzer and then the Baltimore City title game, 57-52.

2023 forward Quinton Moore, the Lakers’ leading scorer at 16 points per game this season, helped Lake Clifton turn up the intensity in the second quarter that effectively set the standard for the rest of the game.

Moore finished with 22 points, his pair of 3-pointers of the second quarter fueling a 9-0 run and 25-19 lead at halftime.

The Red Storm never led again and never pulled within less than five points in the second half.

“We trust our shooters to shoot when the opportunity comes,” said 2022 guard Myles McDuffie, who finished with 15 points for the Lakers. “When our defense picks up, it changes the momentum of the whole game, in all aspects.”

Edmondson trailed by five points – 26-21 two minutes into the third quarter – and turned a 13-point deficit late in the contest to six points with two minutes to go.

Lake Clifton preserved its third-straight title by knocking down 14 of 19 opportunities at the free throw line in the fourth quarter.

The Lakers shot 54.1 percent from the field, while Edmondson only shot 26.3 percent.

It’s Lake Clifton’s seventh title in program history, the sixth in which Harried has led at the helm.