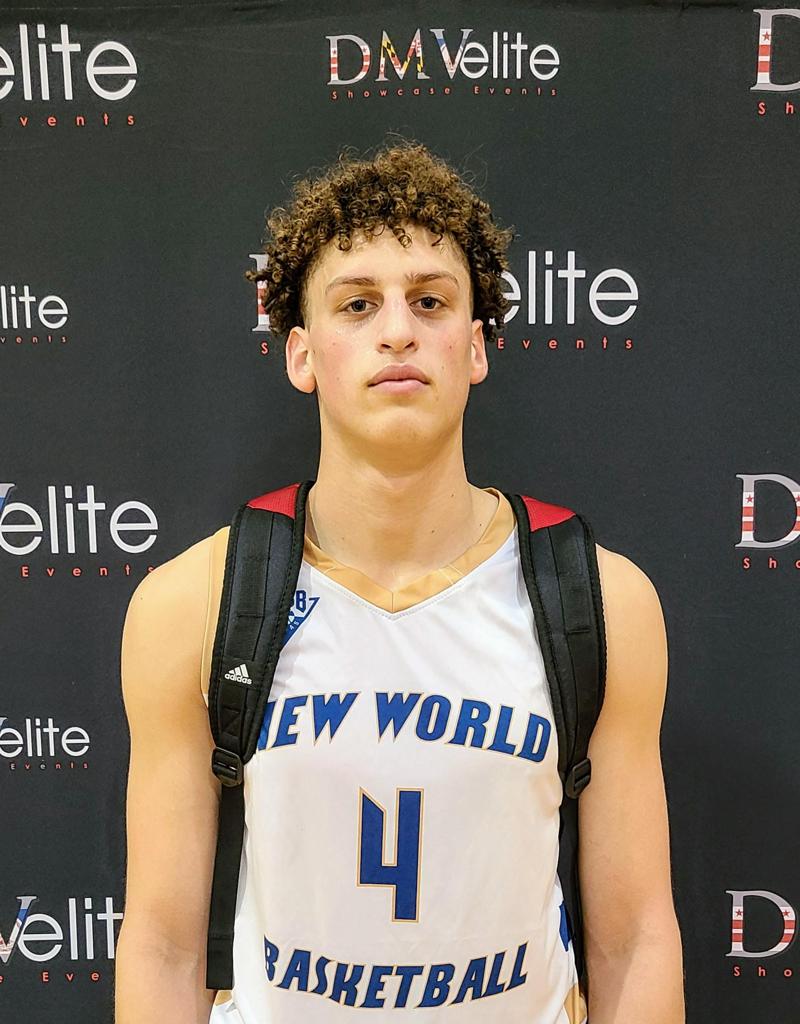 The DMVelite Super Circuit returned for its second year with an action-packed Session I last weekend at Bowie City Gym and Wise High School.

Here’s a look at some of the top performers from the 17U Division:

Kaiser looked strong in his New World debut, opening with 12 points in a 61-49 win over Team Melo Black. He averaged 7.7 points per game for the weekend as New World went 3-0.

“I think [the move] helped me a lot,” he said, “because going to Bishop Ireton, Coach [Dwayne] Bryant was giving me free rein. He told me to handle the ball - stuff I need to work on to get to the next level. At public school, it was pretty easy to get to the basket and take advantage of people, but I get to play against people that are Division I players, and players that will help me get better.”

Kaiser said that being more efficient offensively was one of the biggest adjustments he had to make when moving to the WCAC.

“I was able to mess around a little bit in public school; I could take a couple of moves and get to the basket,” he said. “But in the WCAC you've got to be sharp: one or two moves and be explosive and just be decisive in what you’re doing, because it's going to get shut down if you don’t.”

Kaiser - also the starting quarterback on the Ireton football team - is the kind of two-sport standout that seems to be getting rarer and rarer in today’s age of specialization. He holds Division I offers in both sports, but said he hasn’t felt pressured to pick one.

“Probably this summer I’ll probably feel it,” he said, “but I think it helps me, because the toughness from football I bring to the basketball court and it shows, and the athleticism from basketball shows in football, so I think they go hand in hand.”

The 6-foot-5, 205-pound Mustaf was a matchup problem for defenders all weekend while posting a team-high 9.7 points per game. He opened with 13 points in a 61-49 win over Team Melo Black.

“I call myself a big guard,” he said, “so if they put a small guard on me I think I can post them up and use my size as an advantage. And then if they put a big guy on me because of my height and weight, I usually just use my quickness to get to the basket or get my shot.”

Mustaf recently announced that he will transfer to Carmel Christian (NC) after spending his first two years at DeMatha (Md.). Before he heads south, though, he’s got big plans for the summer with a talented and athletic New World squad.

McIntyre was a standout in last year’s Super Circuit with Nova 94 Feet, and carried it into a breakout junior season, guiding Washington-Liberty (Va.) to the Class 6 state tournament.

“I just trained a ton over the summer and in quarantine,” McIntyre said, “and then going into my junior year - I mean, I knew I was going to break out with all the training I did; I knew it was coming. So it was just about preparing a lot, that’s about it.”

McIntyre looked good in his debut with ProLook, posting 13 points per game. He’ll look to continue his ascent and should find himself on more college radars with another strong spring and summer.

A 2023 guard from South County (Va.), Anderson impressed with his versatility and activity on both ends of the floor.

“Getting to the basket, playing defense, rebounding - those are the things I take pride in,” Anderson said. “Especially on the defensive end. I like defense - if they can’t score, they can’t win - so that’s what I go by.”

Green was Session I’s most prolific scorer, pouring in an event-leading 20 points per game for Team Melo Black.

Bookman was one of the Super Circuit’s top 16U performers last year with Team Silk, and got off to a very strong start in his latest appearance.

An unsigned senior guard from Maryland 1A state champion Lake Clifton, Mosley was in attack mode all weekend, averaging 12.7 points and 6 rebounds per game. He dropped 23 points in a 59-45 win over Metro All-Stars on Saturday.

An unsigned senior from Northwestern-PG (Md.) Jennings led the 17U Division in made 3-pointers (12) while putting up 15.3 points per game for the weekend. An All-Prince George's County performer this past season, he'd make a nice addition to a Division 3 program looking for some scoring punch.

The 6-foot-7, 180-pound Diggs has an impressive combo of size, athleticism and feel for the game, and looks like he could be in line for a breakout summer.

“I'm really just trying to win that 3SSB Tournament,” Diggs said. “That’s my biggest goal, and just continuing to get my name out there and play well.”

He averaged 11.3 points and 4 rebounds per game in Session I, highlighted by a 16 point performance in a 64-56 win over Team Melo Black 17U.

6-foot-5, 180-pound Bevins’ versatility is his biggest strength, and he had it on display in Session I while averaging 7.3 points, 3.3 rebounds and a steal per game.

The 6-foot-10 Grant (Brewster Academy) posted team-high averages in scoring (10.5) and rebounding (3.5) in his Session I action.

The unsigned 2022 wing had a team-high 14 in a blowout of Runnin Mavs on Sunday, as his size (6-foot-6, 186) and athleticism gave defenders issues all game.

He’s picked up some Division II and junior college offers, and is hoping a strong spring and summer with Team BBC will attract some more attention.

“I’m looking for the best available option,” he said.

Merville (Linden) is a tough and quick lead guard who was a standout performer on last year’s Super Circuit. He picked up where he left off, averaging 12.8 points per game in Session I.

Another strong returning performer, Motley (Linden) averaged 12.5 points per game in Session I. He hit six 3-pointers and had a game-high 20 points in a 52-41 win over Team Silk.

The New Hope (Md.) 2023 wing showed his improved perimeter touch while posting 16 points on 4-of-6 shooting from 3-point range in a blowout victory over Each 1 Teach 1 on Sunday. He finished with 9.3 points per game for the weekend.