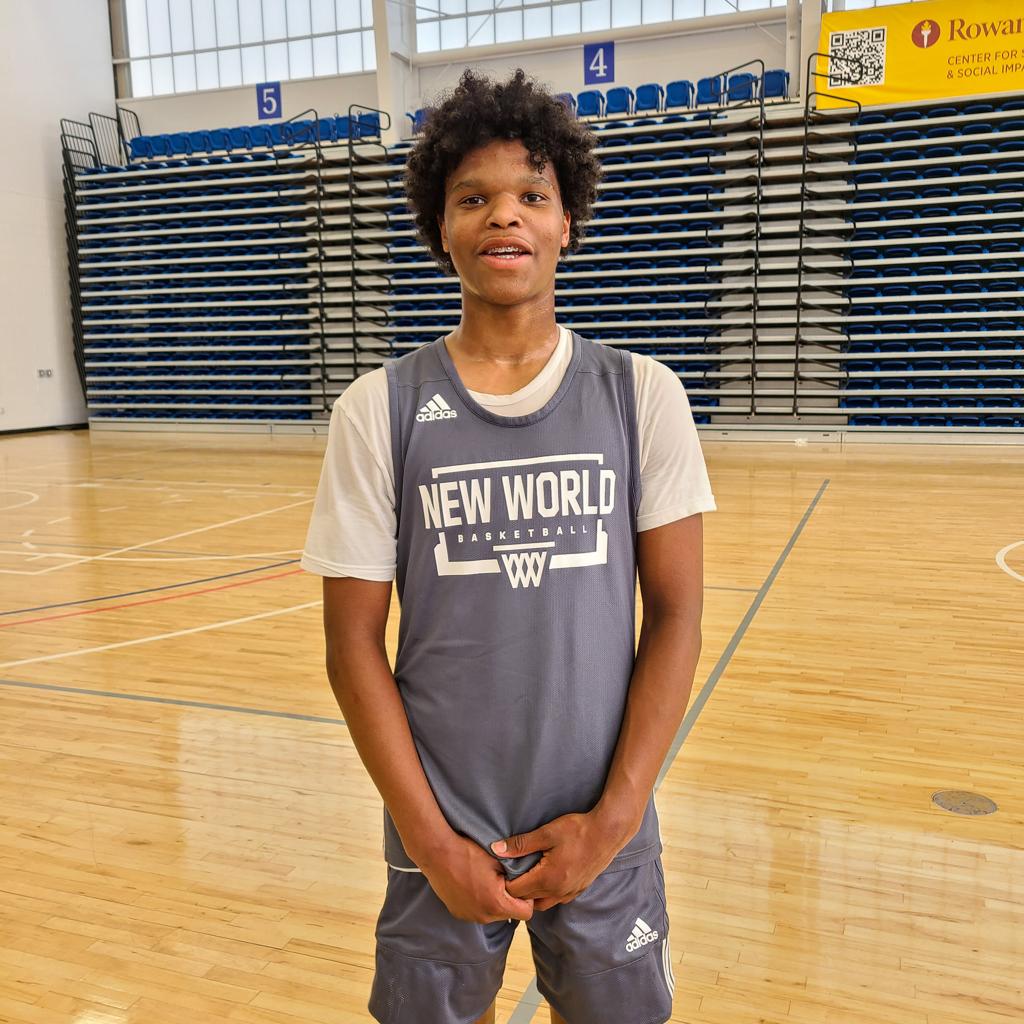 The 15U division saw the Topp Tier Titans and Team DTLR finish the weekend undefeated. At 6-0 through two sessions, TTT look like the team to beat in the division. While DTLR and TTT looked unstoppable as teams this weekend, many individual players made their mark on the session.

Here is a look at some of the standout 15U players from the weekend:

Owinje had another standout performance this session, averaging 15.3 points per game and helping his team finish 2-1 for the weekend.

He stretched defenses from 3-point range, and his play opened up space for his teammates and helped the team finish with 183 points in the session, the most of any team in any age group..

Walton (DeMatha) doubled his scoring output from his appearance in Session I, posting 14.3 points per game for the weekend.

He made the biggest strides from 3-point range, making four from long range after making none in the first session, and he also impressed with his scoring touch around the basket.

Ho (Robinson Secondary) was a strong performer at Super Circuit Session II and carried that into Session III. He impressed with his high motor and relentlessness all weekend, highlighted by a 19-point performance in a 50-46 win over Team MD Stars on Sunday. He averaged 14 points per game in Wilmington.

The Aberdeen (Md.) guard carried his team’s offense in a narrow Saturday loss to Team MD Stars, pouring in 25 of his team’s 46 points. He followed it up with 18 in a 64-48 win over NOVA 94 Feet Premier, and finished with an average of 21.5 points per game for the weekend.

Tche-Tafon (Mount St. Joseph) made a major impact for his team throughout the weekend. Continuing his good performance from the second session, Tche-Tafon averaged 16.3 points per game through his team’s three games. While his team was only able to go 1-2 in Wilmington, his aggression and skill when driving to the basket was the difference-maker in a 53-35 win against Silver Spring Elite on Saturday.

Frost continued his good form from the second session into the third. His 21 point performance against Silver Spring Elite helped spur his team onto a 53-35 win. He averaged 13.7 points per game in Wilmington.

Sheffey’s performances this weekend helped guide his team to a  2-1 record. Sheffey’s best performance was when he scored 19 points in a 59-35 loss to the undefeated Topp Tier Titans.

The 6-foot-5 Dalton (Glenelg 2025) opened strong Saturday with a game-high 18 points in a 47-27 win over HC United. He showed good scoring and defensive instincts, and used his size to his advantage while helping Topp Tier improve to 6-0 on the Super Circuit. Dalton averaged 12 points per game through three games and his presence in the paint helped his team win every game by double digits.

Williams played well on day one but really turned it on during day two when he led his team with an 18-point performance battling Ethan Sheffey and the Runnin Mavs. He averaged 10.3 points per game across three games.

Quintero (Gilman 2025) was a model of consistency, averaging 10 points per game as Team DTLR went unbeaten. He had 13 points in victories over New World Gold and Silver Spring Elite.

Another standout for DTLR, Collins - a 2026 guard from Archbishop Curley - finished the weekend averaging a team-high 13.7 points per game. He really stood out in a 66-56 win against New World Gold where he scored a game-high 20 points.

While Campbell didn’t pour in any 3-pointers during this session, he still found a way to score and help his team finish the session 2-1. His 13 point performance against SOMD All Stars was his best of the session.

Blair (Overlea 2025) couldn’t replicate his scoring explosion from Session II - which featured a Super Circuit-record 47 points - but he led HCU with a team-high 12 per game. Blair (11 points) and teammate Austin Carter (15 points) came up huge in a thrilling 36-31 victory over Metro All-Stars on Sunday that saw HC United erase a six-point deficit in the final minute and change.